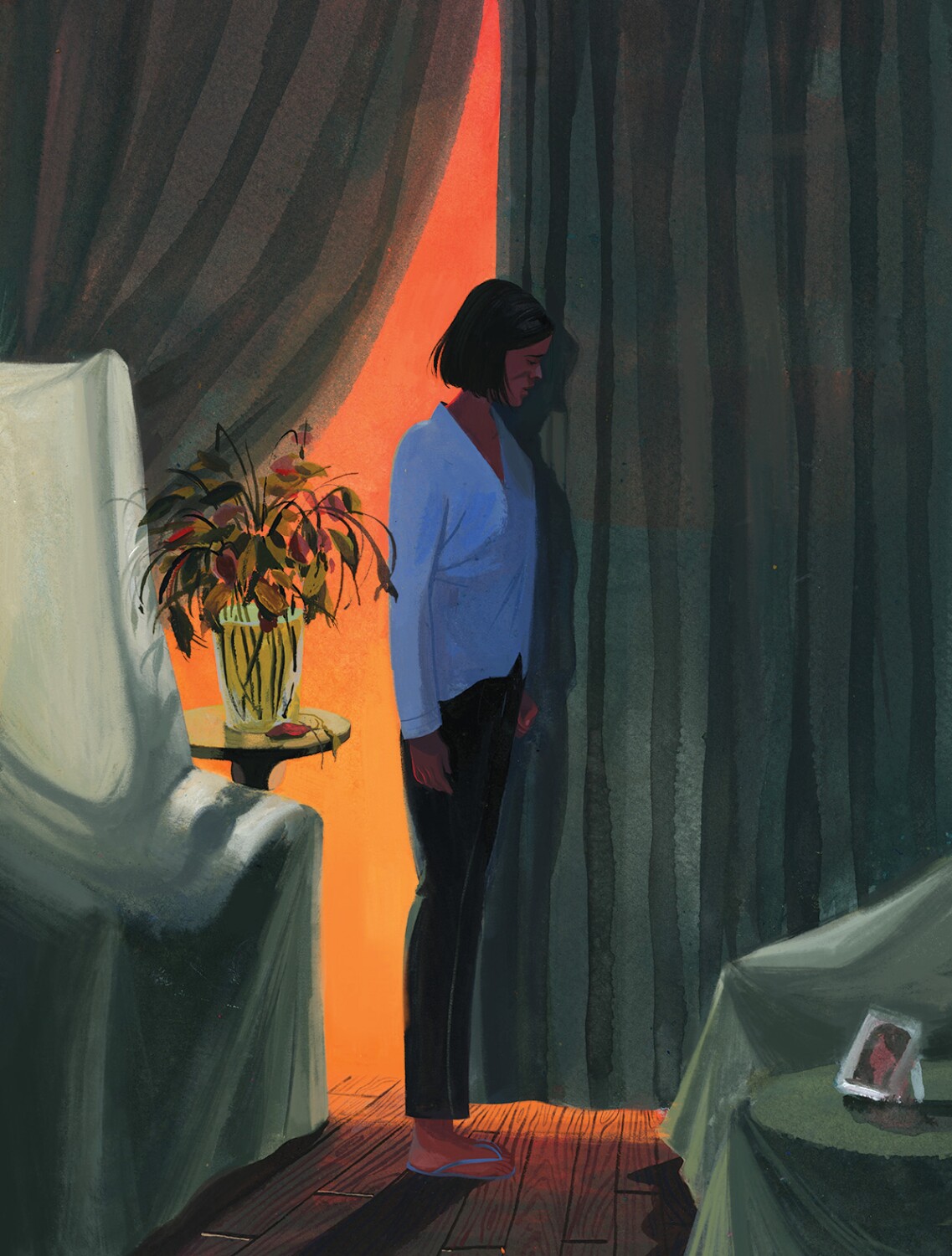 In “Ted Lasso,” an American football coach flees to England, where his marriage falls apart, where he hides his grief and fears behind optimism.

In The White Lotus, a hopeless neurotic takes her mother’s ashes to a luxury resort in Hawaii, where she has little to talk about but her sadness.

In “Severance,” a new widower takes a job at a company that surgically separates his professional memories from his home, fleeing the grief that haunts him when he’s away from the office.

These three Emmy juggernauts — “Ted Lasso” and “The White Lotus” each received 20 nominations, while “Severance” received 14 — are largely driven by grief. After more than two years of COVID-19 claiming more than 6 million lives, the aftermath of death has become a staple of storytelling (not that it’s ever been very far away). On the best TV shows, emotionally battered characters will do anything to delay grief, sever it, or take it on vacation, only to find it won’t be denied. All you can do is wait it out, and even then it doesn’t really go away. The rest of life just builds new roots around itself.

Take Mark, the grieving office drone played by Emmy nominee Adam Scott on the Apple TV+ drama series Severance. He just wants to forget his wife’s death, and he can do that for eight hours every day. Lumon Corporation pioneered a surgical procedure that separates an employee’s “innie” or life in the office from their “outie” or life outside. For Mark and his staff, this is an opportunity to leave real life and grief behind.

“Grief, and specifically in Mark’s case the loss of his wife, drives the story on both sides of the severance barrier,” says series creator Dan Erickson. “He doesn’t know because he doesn’t know anything about what he’s doing at work, but it’s all part of this massive avoidance of this deep pain that he’s feeling. Overall, the show is really about distancing and avoidance and cutting ourselves off from the parts of ourselves or the parts of our lives that make us uncomfortable or sad.”

It’s an understandable impulse. When you speak to a grieving person, you will hear of a desire to just end the pain, pause or fast forward, or bring back the reality that existed before the loss wiped it out. The pain is like nothing else. Some turn to alcohol and drugs, narcotics with obvious consequences. But grief is always waiting on the other side.

Loss doesn’t always mean death. You may be grieving for a way of life, or for a job, or as almost anyone can tell you, for a relationship. In the Apple TV+ comedy series Ted Lasso, Jason Sudeikis, also an Emmy nominee, plays a fish out of water who always seems to have a positive attitude about everything — a joke, a pun, a pop culture nod bit of wise wisdom. A successful college football coach in the United States, Ted moved to England to coach football, a sport he knows nothing about. Leading with his dazzling optimism, he is actually falling apart. We learn that he moved abroad not only as a coach, but also to escape the reality of a dying marriage (the marriage isn’t dying because he moved; he moved because the marriage is dying). Eventually he gets a panic attack on the sidelines. Fear, a common companion of grief, has taken its toll.

Erickson can relate to this. The inspiration for “Severance” came largely from a devastating breakup he had to endure. “I had a lot of trouble coping with it,” he says. “At the time I found it weird to be at work and just following directions and not even being able to really think about my own pain. There was real consolation in that. So I think it’s burned into the concept of the show. It is inseparable from the idea.”

Work is a popular escape strategy: Check out The Bear, the popular new FX series about a five-star chef (Jeremy Allen White) who throws himself into running his late brother’s sandwich shop in Chicago. Or maybe vacation is announced. In the HBO limited series The White Lotus, Tanya, played by fellow Emmy nominee Jennifer Coolidge, travels to a Hawaiian resort where she joins an emotionally stunted group of guests for a week of idle sunshine. She carries her mother’s ashes, a fact she’s happy to share with anyone who will listen. She plans to distract Mama at sea, maybe show some respect and lighten her load a little.

But Tanya is a mess, to say the least (if she wasn’t, she wouldn’t be part of this show). She is a hopeless narcissist, and she clings fiercely to her grief like many do. She meets a guy (Jon Gries) who has every indication that he too is dying. That means she has to go through the whole ordeal all over again.

As much a part of life as life itself, grief is part of everyone’s story. It makes sense that television would claim a piece of it and mirror our pain back to us.

Column: Tax provisions may be Democrats' most unexpected victory in the inflation bill

Column: September is the cruelest month — at least in L.A.