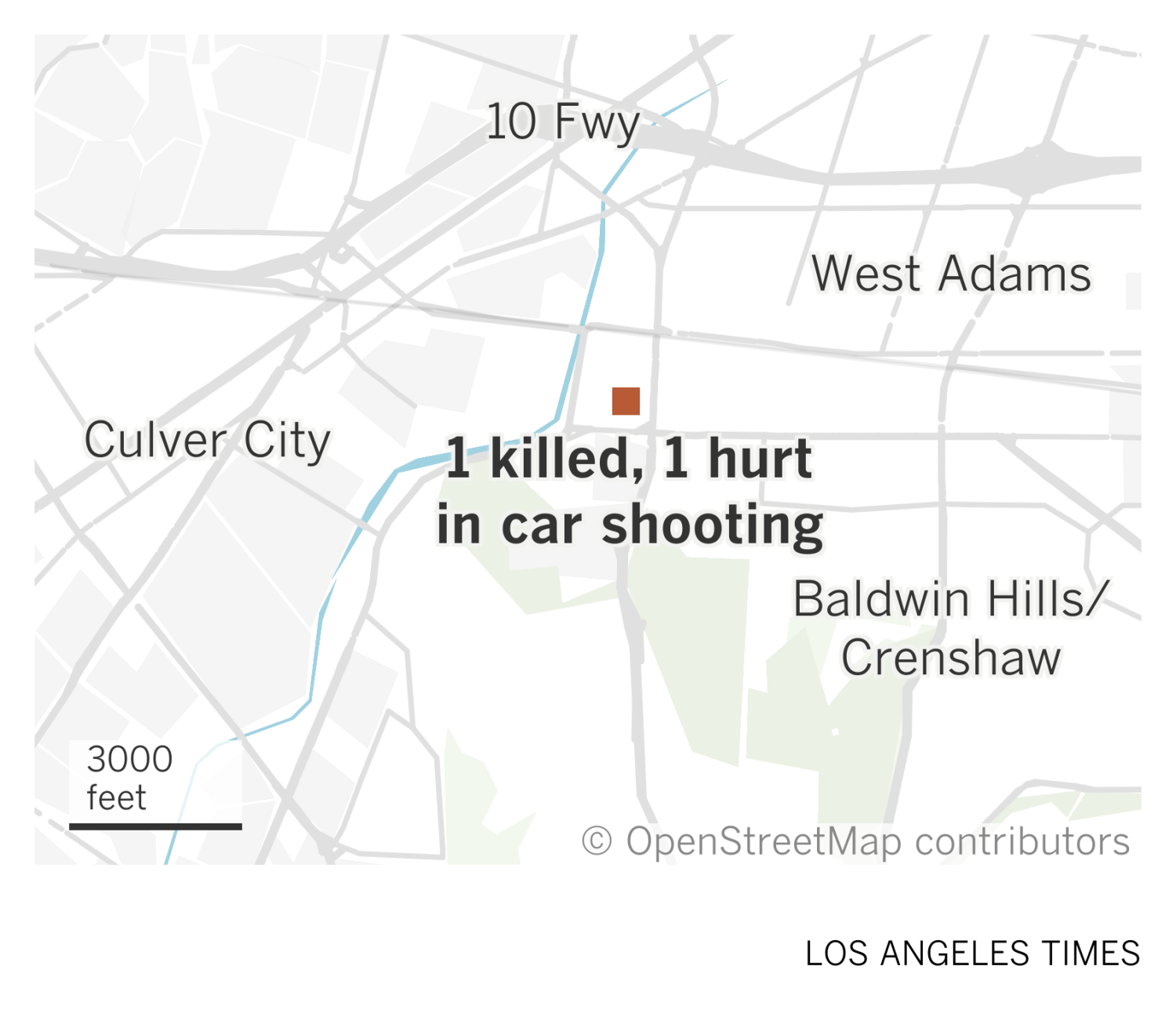 A 17-year-old was killed and another person seriously injured over the weekend in an apparent car-to-car shooting in the Baldwin Hills/Crenshaw neighborhood, police said.

Shots were reported around 3:30 p.m. Saturday near La Cienega and Obama boulevards, according to the Los Angeles Police Department.

The victims were sitting in a light-colored sedan when someone in a dark-colored SUV approached the vehicle and began shooting, police said. A 17-year-old sitting in the front passenger seat was killed, and the 23-year-old driver of the sedan was taken to a nearby hospital in critical but stable condition, according to the LAPD.

Six people were in the sedan when it was shot at in the parking lot of a Target store, the Associated Press reported. Four passengers in the back seat, including two 4-year-olds, were not hurt, according to the AP.

“We’re not aware of any type of disputes — verbal disputes or physical disputes, altercations — beforehand, so at this time the motive is unknown,” LAPD Det. Nathan Kouri told KTLA-TV Channel 5.

There was no evidence that the attack was gang-related, Kouri said.

Who is Cassidy Hutchinson? Trump White House aide on Jan. 6

Bachelorette 2022 recap: Who is going to hometowns with Gabby and Rachel?