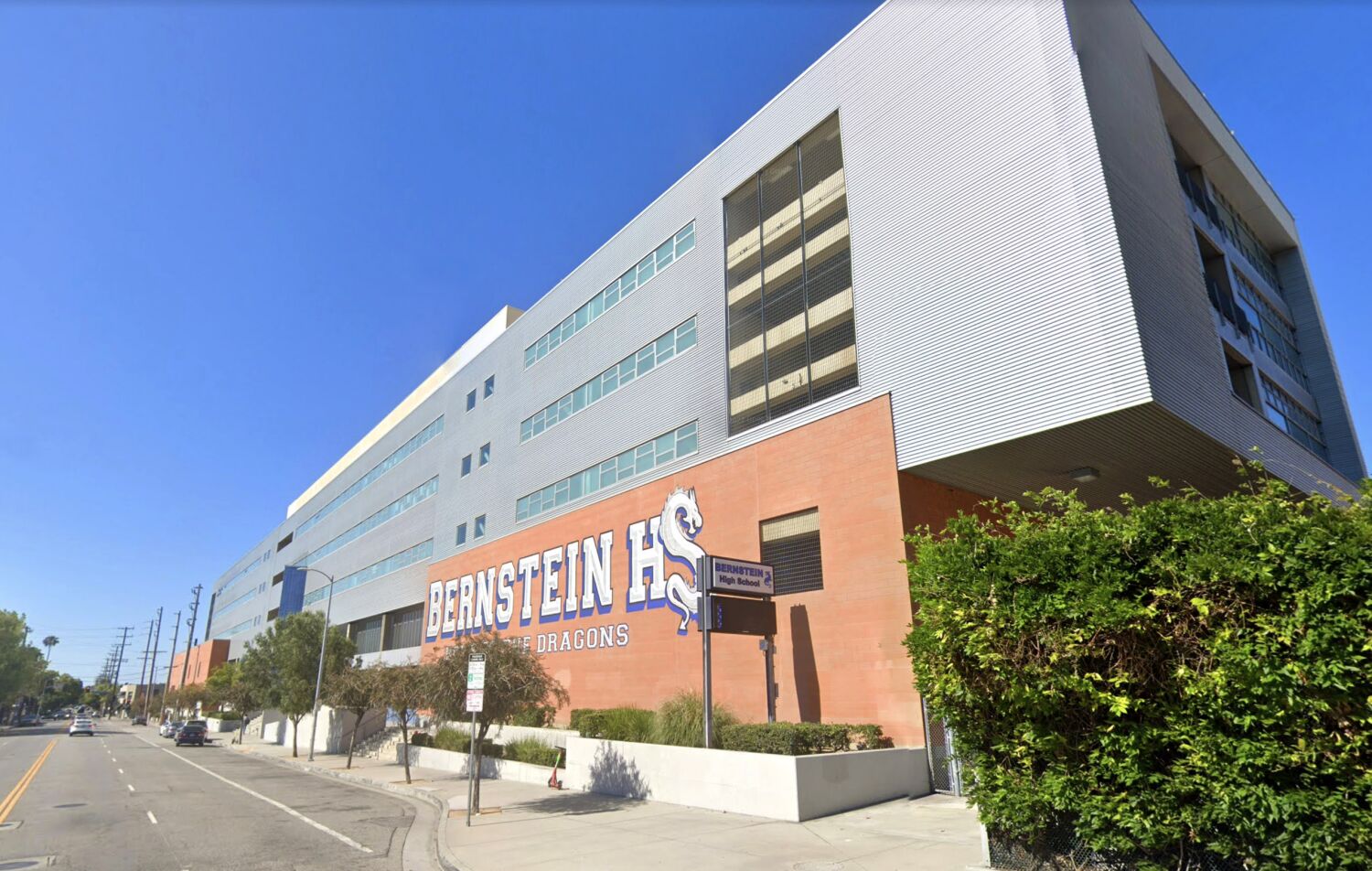 A teenage girl died Tuesday night of an apparent fentanyl overdose at Bernstein High School in Hollywood, while three other students were hospitalized, according to authorities.

Los Angeles Police Department officers responded to a possible drug overdose at the school, located on the 1300 block of North Wilton Place, around 9 p.m., according to a press release.

A student who may have overdosed told her stepfather that her friend was in the girls’ bathroom, police said. The parents and a school worker found an unresponsive student in the bathroom and attempted life-saving measures.

The Los Angeles Fire Department arrived and pronounced the student dead at the scene. The other student was taken to a local hospital in stable condition.

Police said they believe the students bought what they believed to be Percocet pills from Lexington Park and confirmed that two other students were found in the park’s area at the 5500 block of Lexington Avenue suffering from possible overdoses.

All of the victims were students at Bernstein and other local high schools and were hospitalized under unknown conditions, according to the LAPD. Police are investigating whether the two overdoses in Lexington Park were related to those at school.

The Los Angeles Unified School District confirmed a student died on campus and said it was working with LAPD on the ongoing investigation.

“The school will be open today and we will have grief counselors on site who can support all students and staff,” school officials said in a statement. “As we work with LAPD to uncover the details of this tragic situation, our thoughts and prayers go out to the families and friends of both students.”

The late student’s name was not released until her family was notified, but students at Bernstein’s confirmed that she was 15 years old. They also said several students had overdosed in the first two weeks of school, including a boy who had been hospitalized but ended up surviving.

“It’s generally very easy to acquire and get drugs in secondary schools,” said Natalia Ruiz, 14, a ninth-grader at the school. “A kid could just take it like that and something bad could easily happen — another overdose.”

Chey Payne, also a ninth grader, said drugs were always a problem when they were in middle school, but overdoses have become more common since they entered high school.

“I know people don’t take it seriously and think it’s cool to do something like this,” she said, “but it could really have an impact on your family and others around you.”

Naomi Coarado, 14, said the overdoses made her more careful about who to trust.

“Just be careful when someone offers you something because you never know what they put into it,” she said.

Dusty the Rapper, 40, whose 16-year-old son and 15-year-old daughter attend school, said he had never heard of Bernstein overdoses before.

He added that he hopes the school and parents will do their best to ensure that there is not another overdose death at the school.

“I hope we don’t just let it go and sweep it under the rug,” he said. “I hope we really address this and come together and develop some kind of drug education program that will flag up when students are using drugs or feel like they’re under the influence of drugs. We need to get to them early before that happens.”

Police warned that drug dealers are increasingly spiked with pills containing fentanyl – a highly addictive synthetic opioid used in medical facilities to treat extreme pain. The drug is up to 100 times more potent than morphine, making it very dangerous outside of medical facilities.

Authorities have urged anyone with information about the overdose investigation to contact West Bureau Homicide investigators at (213) 382-9470.

Chey said she was never curious about drugs because of family history and that the recent death made her even more concerned.

“I’ve never really done drugs, and that’s on top of the fact that I’m so scared of them,” she said. “Especially too scared to trust anyone.”

Is Anything Cool Anymore? | GQ

Philadelphia Fourth of July shooting: City opens ‘lost and found’ for those who fled gunfire