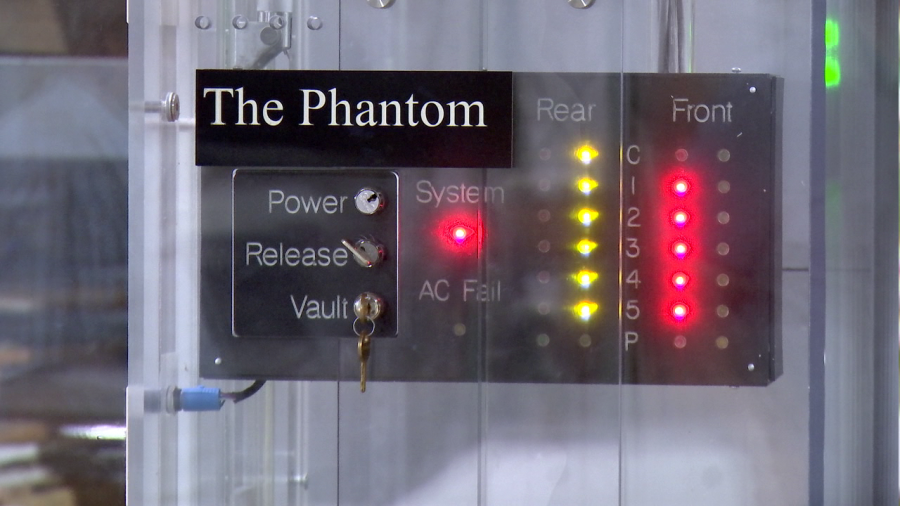 It’s called “Phantom” and its creators believe it’s a new way to protect children and teachers.

If a person enters the phantom with a gun, the device will detect the threat and lock the person in – containing the gun until a school official arrives.


“It detects pieces of metal large enough to be a weapon,” said one of the Phantom’s creators, Bill Roark.

Roark said it was designed to be installed in a school lobby in an upscale entryway. Ideally, it would be the only entry point for a later arrival.

The phantom is transparent, bulletproof/shatterproof and fully automated.


“The phantom is made out of 1.5-inch polycarbonate, so someone can’t shoot themselves out of it,” Roark said. “Smaller caliber guns will actually ricochet off of it, heavier firepower will embed into the wall but it will just embed, it won’t go through.”

After hearing President Biden’s response to Tuesday’s shooting, Roark believes the Phantom is one of the many responses to bring an end to the devastating gun violence.

“The President said last night this is unacceptable and we must stop it. Well, the way to stop it is to stop the guns getting into schools,” Roark said.