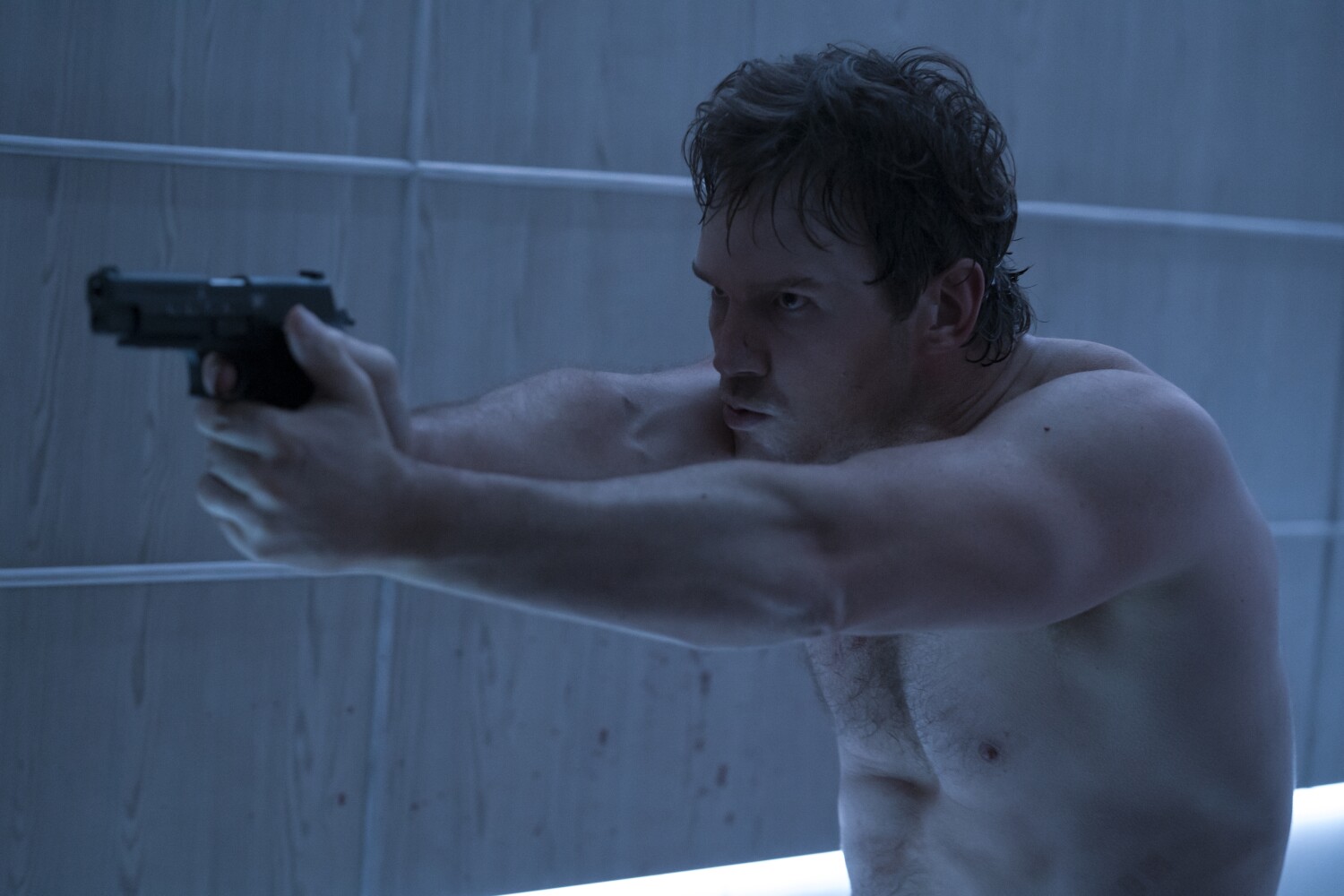 Based on a novel by retired Navy SEAL Jack Carr, “The Terminal List,” which premieres Friday on Prime Video, Chris Pratt – with a fierce face, square jaw and gritty voice – stars as Navy SEAL Commander James Reece, a man with a mission and the weapons to carry it out. (This is Pratt’s second SEAL, following Kathryn Bigelow’s “Zero Dark Thirty”.) From Andy Dwyer, the lovable jerk that Pratt played on “Parks and Recreation” (apart from a little guitar playing) or even “Guardians,” you get not a trace of the Galaxy” hero Peter Quill. This is a revenge thriller in which, apart from the celebration of military camaraderie, the dramatic points are that of a shooting gallery.

Reece, a super soldier who can also rock a sewing machine, is the sole survivor of a Middle East covert operation gone awry. He returns to California with a headache, confused memories and a tendency to see people who aren’t there – with his wife Lauren (Riley Keough) and daughter Lucy (Arlo Mertz). Still, he has suspicions that there was something fishy about the ambush that wiped out his unit, and evidence that doesn’t match his admittedly shady memory. He’s also pretty sure someone is out to kill him and finish whatever the job is.

It turns out that people are trying to kill him, otherwise there wouldn’t be much of a story. And that, yes, there was something suspicious about this operation. Conspiracy goes where conspiracies usually go, corrupt powerful interests bent on self-defense. There’s not much to say in detail, which isn’t a spoiler, but Carr and his adoptive players pull in an unusually wide range of players to share the blame. Reece, who has other reasons to be angry that I won’t list – but which are common to the genre – becomes a ghost, both intent on killing anyone who might come for him and anyone he might find suitable for his situation holds responsible. (Like the Lord High Executioner in The Mikado, he has a small list. A real list.)

With a pilot directed by Antoine Fuqua (“Training Day”, “The Guilty”), the production values ​​are high; The action scenes are well staged. (The series, which tends to repeat its points, can drag on between them.) Despite mental disorders, Reece will manage to kill plenty of people over the course of eight episodes, though most of them are faceless video game drones standing in his way to kill the people he really wants to kill.

On his project, he’s joined by old buddies Ben (the very appealing Taylor Kitsch), who has a boat, and Liz (Tyner Rushing), who has an airplane, and fierce investigative reporter Katie (Constance Wu), who has one , supports a laptop and superior typing skills. Necessary new information comes with unusual ease – well, it requires a little torture here and there. Never before have so many dossiers in cream-colored folders been exchanged in series.

Meanwhile, other characters are out to stop Reece, most notably Jeanne Tripplehorn as Secretary of Defense – the series does a good job of letting you guess whose side she’s on, and she’s one of the few characters whose motivations seem complex at all – and JD Pardo as an FBI agent on Reece’s trail who ironically emerges as the series’ most traditional heroic character.

Every now and then someone will suggest that Reece should leave things to the authorities, but Reece has none of it. (“It’s time you left it to justice.” “I am justice.”) He is determined to leave his enemies dead, face to face if possible, and kill them through a variety of methods do to prevent things from repeating themselves. Some are particularly cruel. (“It would be a mistake to incite a man to violence when he has dedicated his life to perfecting violence,” says Reece, a man without qualms.) Still, we’re supposed to side with him more or less uncritically—it is the only way to get through this journey – and it helps, of course, that the people on his hit list are generally unlikable, if not downright gross.

Violence aside – or maybe not aside – revenge stories have proven endlessly popular over the years, from Death Wish (movies one through five) to Theater of Blood to The Bride Wore Black to Kill Bill ‘ (parts one and two) to ‘John Wick’ (chapters one through the next four). (Not all of these are as relentlessly serious as The Terminal List.) And while the intricate details of the conspiracy are quite clever and original, if unlikely, the basic mechanics of the plot remain simple and straightforward, and easy to follow: set them up and knock them down. Not a show for everyone, and not what you’d ever call “fun,” but it might just be for you, with a dash of strychnine.

After The One auction flopped, lenders feud over who gets paid