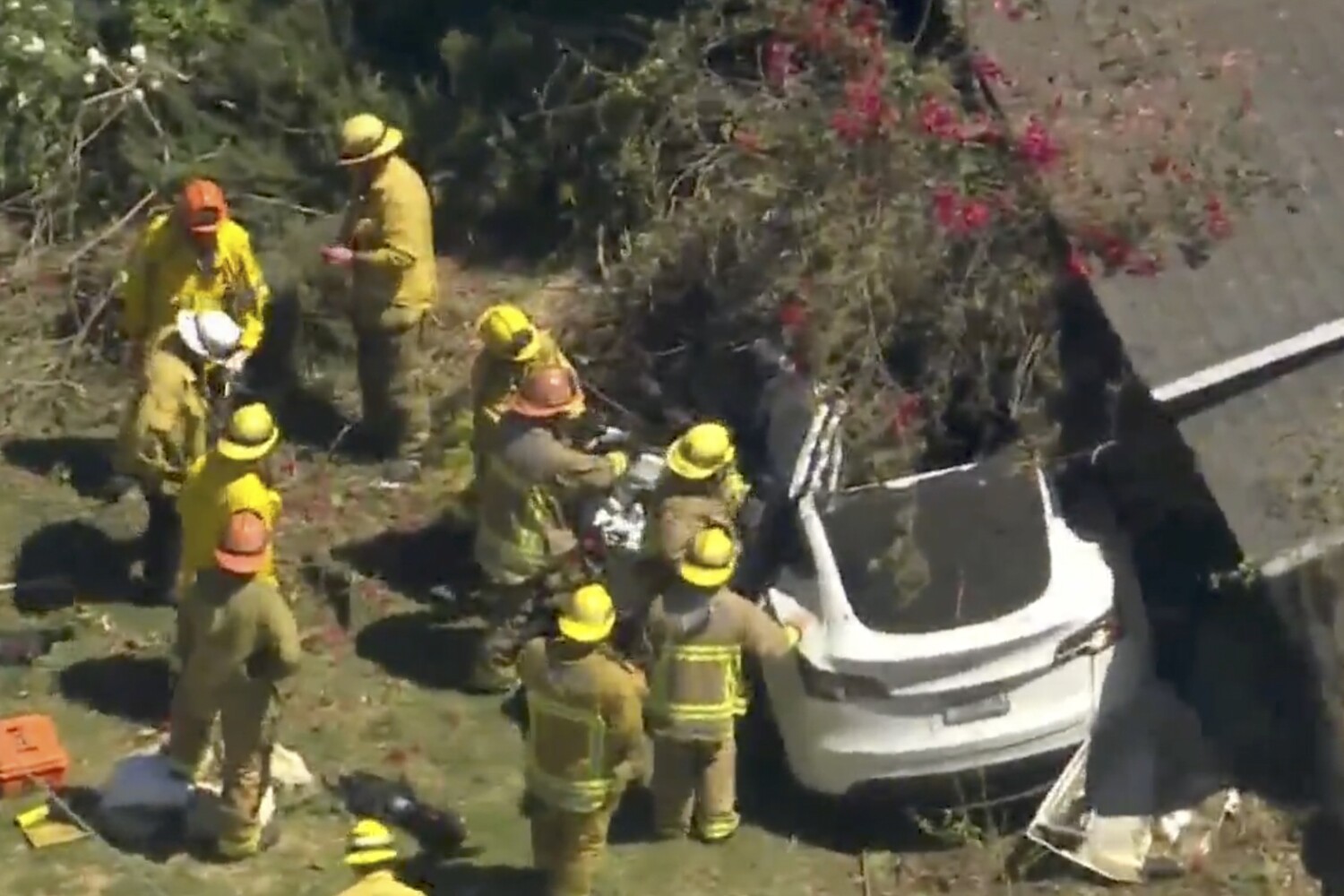 A driver was killed on Tuesday when his Tesla crashed into a utility pole and through the front yard of a house after driving down a residential street in the Palos Verdes peninsula.

The accident happened just before noon at 27060 Sunnyridge Road in Rolling Hills, according to the California Highway Patrol.

A CHP spokesman could not be reached Tuesday for further information.

According to KNBC-TV Channel 4, the driver, identified as a woman in her 70s, was driving north when her Tesla made a right turn, struck the utility pole, struck the back of an SUV and came to a stop in the front yard of a house.

CHP officer Luis Murillo told KTLA-TV Channel 5 that investigators did not know if the Tesla Model 3 was on autopilot at the time of the crash.

According to the KTLA, witnesses said the driver was traveling downhill at high speed before crashing into the utility pole.

A witness told the news channel they believed the Tesla was traveling at 80 to 100 miles per hour.

KTLA video from the scene showed a white Tesla crashing in the front yard of a house. A nearby power pole was sheared at its base and another vehicle with significant frontal damage could be seen near the pole.

A trail of dirt and debris was visible in the driveway of the home.

A Border Security Ruse in the Senate

Report of shooting at Hollywood High School deemed a hoax