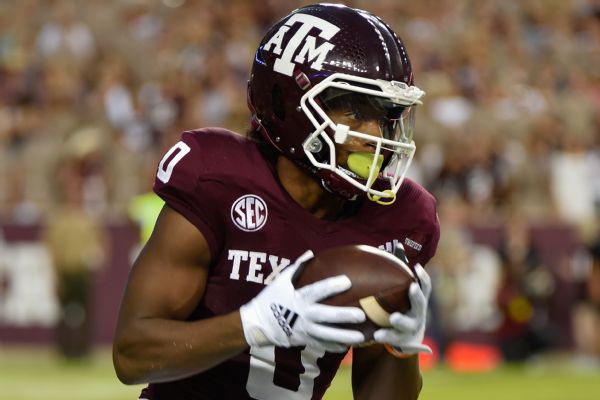 Smith, a senior, suffered the injury while blocking in the third quarter of Saturday’s win against Arkansas. Fisher would describe Smith’s injury as just a lower body, but Smith’s father, Maurice, told the Bryan College Station Eagle that Ainias suffered a broken leg. Smith leads Texas A&M with 15 receptions for 291 yards and two touchdowns.

“Diversity and leadership and experience,” Fisher said when asked what Texas A&M would miss most if he lost Smith. “But he’ll be there to help and mentor these guys and that’s the best he can do. He’s a unique player, he’s a unique competitor and I love him dearly. It’s just an unfortunate situation.”

Smith has 127 career receptions for 1,612 yards and 17 touchdowns and 384 rushing yards and four touchdowns on 67 carries. He served as captain in 2021 and has started in each of the games for the past four seasons. Smith could return to Texas A&M in 2023 due to additional eligibility granted during the COVID-19 pandemic.

26th annual Buddy Walk aims to make strides in acceptance, inclusion of those with Down Syndrome

USC vs. Cal: Betting odds, lines and picks against the spread

England triumph, but Euro 2022 opener in front of record crowd was a win for all women’s football