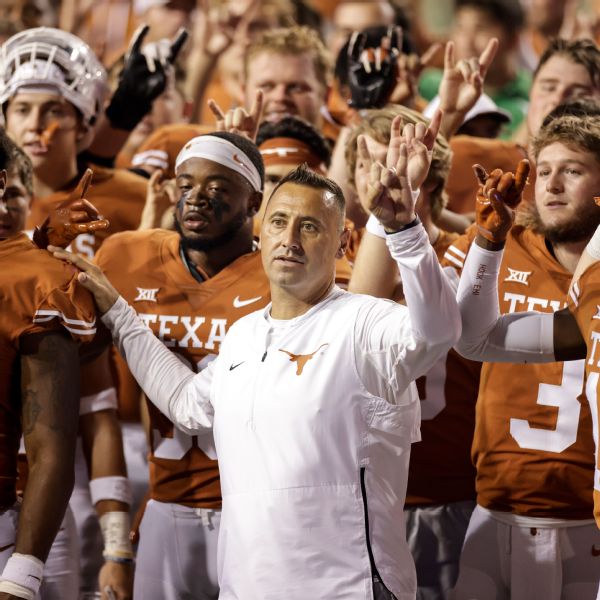 Texas soccer coach Steve Sarkisian channeled Nick Saban Monday, warning his Longhorns after their near-upset by No. 1 Alabama on Saturday.

Alabama, who had won 53 straight nonconference games, had to throw a field goal with 10 seconds remaining to beat the Longhorns 20-19 in front of a record crowd of 105,213 fans at Darrell K Royal-Texas Memorial Stadium. Texas was a 21.5-point underdog going into the game, the widest spread the Longhorns had faced at home since the FBS and FCS split in 1978.

“I definitely wanted to address it because I get the text messages too,” Sarkisian said. “I get the calls. ‘Hey, you guys are great man. You look great’, this and that. Thanks, but we have work to do.”

The Longhorns face a UTSA team that won 12-2 last season and won the Conference USA title. This is the first time the two system schools have faced each other, with UTSA just starting a soccer program in 2012. Texas has not lost to a current Group 5 team since Rice 1994, though the Owls were Southwest Conference rivals on point. UTSA is 1-1 after a triple overtime loss to No. 24 Houston and an OT win at Army last weekend.

“You have our attention,” Sarkisian said. “It didn’t take long this morning when we turned on the tape for her. They grab your attention. We have to be ready to go.”

Sarkisian was particularly impressed with his defense’s performance against Alabama’s offense, including Heisman winner Bryce Young, who was released twice and pressured with 12 dropbacks. But again, he said it’s important the Longhorns don’t rest on that accomplishment.

The memoirs echo Sarkisian’s comments Saturday after the game when he was asked if perceptions of Texas football had changed even after a tough loss.

“I don’t really care,” Sarkisian said. “I take care of our team. Perception doesn’t matter. The perception was that we should go out there and be blown away. So I don’t know. So much for perception.”

There will be intrigue going into the game over Texas’ quarterback situation. Following Saturday’s injuries to starting quarterback Quinn Ewers and Hudson Card, Sarkisian declined to reveal who is taking first-team snaps in practice for the Longhorns this week.

Ewers suffered a collarbone injury on a hit in the first quarter of the Longhorns’ loss to Alabama and went to the locker room, returning in street clothes for the remainder of the game. Sources told ESPN that Ewers will be out for at least a month with a sternoclavicular sprain to his left shoulder, confirmed by an MRI on Sunday. Card replaced him and finished the game but was handicapped so badly by an ankle injury that Sarkisian said he felt he had to adjust his game plan to protect him.

Running back Bijan Robinson said his shoulder was battered but said after the game he expects to get it treated and see how it feels. Cornerback D’Shawn Jamison, also fourth all-time in Texas history in kick return yards, went out in the first half with an ankle injury and didn’t return.

Sarkisian confirmed Monday that redshirt quarterback Charles Wright, who was warming up on the sidelines while Card was in the game, would have been “next man” if Card had to come out. Sarkisian would also only say that QB Maalik Murphy, a 6-foot-5, 230-pound freshman who was a four-star recruit and No. 250 in the 2022 ESPN300, is “not healthy.”

Spain’s Alexia Putellas out of tournament after suffering torn ACL