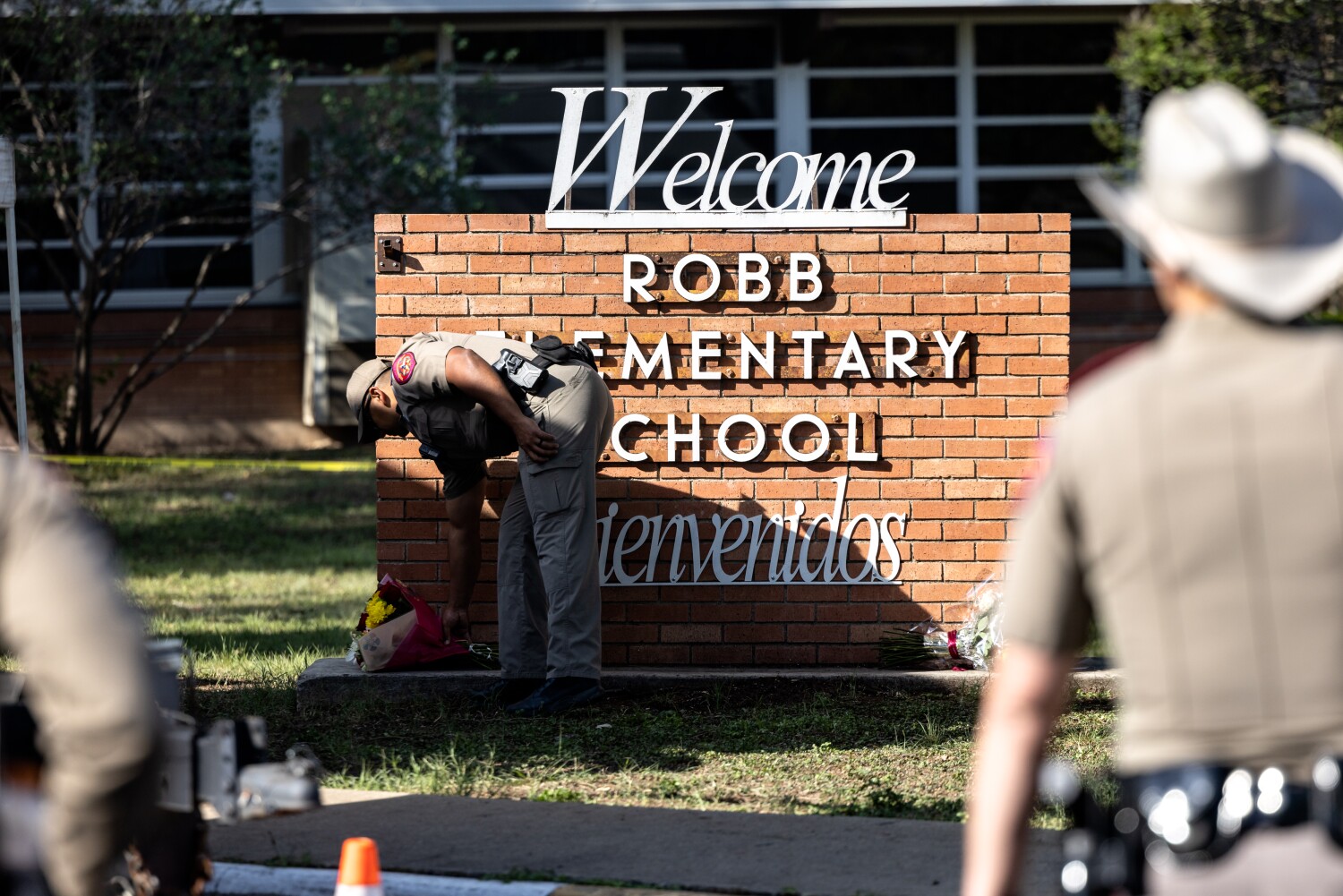 Just another day in America.

Mass shootings have become so commonplace—along with the knee-jerk response of partisans—that we now classify them in specific subcategories: those targeting blacks, Latinos, Jews, or people of Asian descent. The ones on the college campus. Those in office buildings.

It helps us sort through the carnage more easily and show the depths of depravity.

So the taxonomy: The massacre of 19 children and two adults at an elementary school in Uvalde, Texas was initially thought to be the deadliest of its kind since 2018, when 14 students and three teachers were killed at Marjory Stoneman Douglas High School in New Parkland, Fla.

But as the toll rose, we had to go further back to place their atrocities until nearly a decade ago, when 20 elementary school children and six teachers and faculty were killed at Sandy Hook Elementary School in Newtown, Connecticut.

The tribute of this horrific episode was so gruesome and heartbreaking that it seemed like a unique moment, the kind that makes a nation look deep into its soul. If that wasn’t enough to break the political deadlock and get Congress to act on gun control, the saying at the time was that nothing will.

And that is exactly the case proved. Since the Sandy Hook killings in December 2012, despite thousands of mass shootings, Congress has failed to pass a single major piece of legislation to stem the growing epidemic of gun violence.

And now we have Uvalde as a bookend for Newtown.

This is despite the fact that a majority of Americans support stricter gun laws. And sizeable majorities support sensible measures like banning assault weapons and high-capacity magazines; preventing people with mental illnesses from buying guns; creating a federal database to track gun sales; and sales at gun shows, which are subject to background checks.

Instead, in the absence of Congress, the Texas-led states have relaxed their gun regulations, spurred on by a conservative political base that has become increasingly extreme.

No not at all.

Nothing is changing, I wrote last week about the nation’s failure to curb gun violence and I gave some reasons why.

A political system so fractured, so utterly dysfunctional, that opposing sides no longer differ only on politics or political philosophy, but cannot even agree on basic facts — let alone find common ground on which to pass meaningful legislation .

A system so little competition, thanks in large part to gerrymandering, that there is hardly a political center left in Congress. Indeed, the worst fear many lawmakers have is losing a primary to someone in their party who is even more hard-line. including arms, removing any incentive to compromise. (Or sold out, as one opponent might put it.)

A system so fiercely partisan that President Biden’s sad comments Tuesday night, once seen as a balm from the nation’s top comforter, were immediately seized upon by critics who accused him of politicizing the shootings.

Perhaps most importantly, for all the passionate speeches and angry tweets, for all the memes and viral videos of gun control advocates shaking with anger, most of the energy and political intensity has been on the side of those in favor of bigger guns Laxity.

Many were outraged on Tuesday and the anger will no doubt continue. But before long – come a scandal in Washington or Hollywood, a crisis overseas, a natural disaster, another surge in COVID-19 cases – large numbers of the angry and injured will move on. The forces arrayed against gun control will not falter.

Which explains why another day in America, 21 more people died at a Texas elementary school.

I wrote last week, after the mass shooting in Buffalo, NY, and a shooting in Orange County, that this is the last gun violence column I’ve planned to write for a while, maybe forever. What is that, I asked?

The response from many was to stay tuned. The crisis is too acute, they said, the bloodshed too wanton and widespread to turn away.

“I’m sick and tired,” Biden said Tuesday night of the incessant and spiraling death toll. He spoke for many.

I can only hope I was wrong.

The Task Force at the Bleeding Edge of the Marine Corps