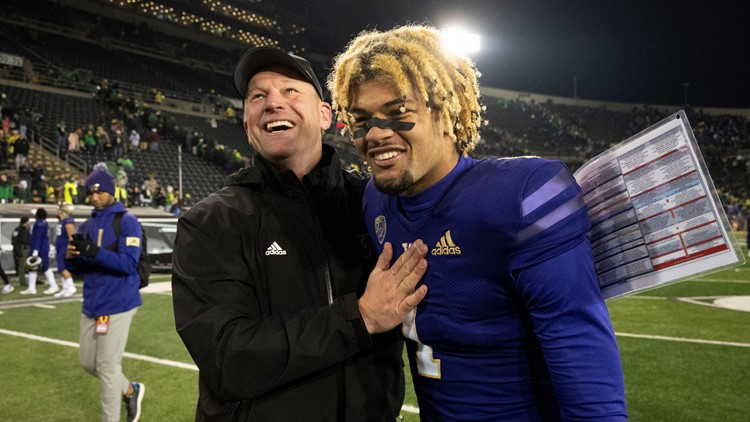 No. 12 Washington and No. 21 Texas play the Alamo Bowl on December 29th. It will be the fifth meeting between the two Power Five schools.

Texas: RB Bijan Robinson, 1,580 yards with 18 touchdowns. He tops the Big 12 in rushing and fifth nationally.

Washington: QB Michael Penix Jr., who led the country with 4,354 yards, also completed 66% of his throws with 29 touchdowns.

Texas: The Longhorns have won three of their last four games, including a 34-27 win at eventual Big 12 champion Kansas State on Nov. 5. Three of Texas’ losses came against opponents with a total of 11 points.

Washington: The Huskies have won their last six games of the regular season and are in for their first bowl game since 2019.

Lots of incredible games and memories from this season 🏈☔️

Texas: The Longhorns are 31-24-3 in bowl games. It is Texas’ sixth time at the Alamo Bowl, where it has won four of its last five meetings.

Washington: The Huskies are making their second appearance in the Alamo Bowl, the other being a wild 67-56 loss to Baylor in 2011. Washington is 19-20-1 in bowls.

Karen Bass to be sworn in as L.A. mayor by Vice President Kamala Harris

USC vs. Rice: Here are five things to watch for in Lincoln Riley's debut

How Justin Herbert helped turn the L.A. Chargers around

World Cup worker who died in Qatar was ‘suffering to survive’