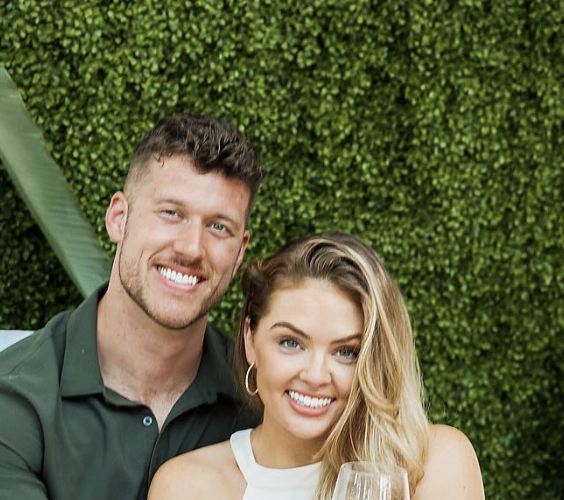 Susie Evans beat up her boyfriend Clayton Echards Critics after the conclusion of ‘The bachelor.’

‘The Bachelor’: Susie Evans ‘annoyed’ by boyfriend Clayton Echard’s haters – ‘Clayton handled it better overall than I did’

Clayton’s time as leader was marred by controversy, to say the least. In the latter stages of the show, Clayton finally told three women that he loved them. These included Susie, Gaby Windy and Rachel Recchia.

But when Clayton shared with Susie that he slept with everyone, she left the show while Clayton broke up with the other two. Although Susie and Clayton managed to get back together after the show, not everyone has forgotten.

During the first episode of the new season of The Bachelorette, which starred Gabby and Rachel, several of the male contestants hit Clayton. One referred to him as a “Piece of shit.” And those hateful comments ended up rubbing Susie the wrong way.

In an interview on the ‘From the Vine with Kaitlyn Bristowe’ podcast, Susie admitted that the comments about Clayton were beginning to reach her. She said: “Clayton handled it better overall than I did.

Similarly, Clayton wasn’t entirely impressed with the show, which exuded this negativity towards him. He felt that there was no merit in doing so, and at a time when people were already unhappy with his behavior, voicing more complaints about him would not improve the situation.

After all, it was a new season of the franchise, so it was time to move on. Clayton’s following comments Approved So much: “I think that should have been shown? I mean no.”

Hopefully, with time, Susie and Clayton can tune out the background noise by focusing on their future. So there you have it folks. What did you think? Do let us know your thoughts in the comment section below.

https://dailysoapdish.com/2022/07/the-bachelor-susie-evans-annoyed-by-her-boyfriend-clayton-echards-haters-clayton-handled-it-better-overall-than-i-did/ ‘The Bachelor’: Susie Evans ‘Annoyed’ By Her Boyfriend Clayton Echard’s Haters-‘Clayton Handled It Better Overall than I Did’

Op-Ed: ‘Fetal personhood’ has a whiff of medieval theology