What are the best disaster movies of all time? Who doesn’t love a little destruction on the big screen? Buildings collapse, people run from danger as we sit on the edge of our seats, heart racing and sweat streaming down our backs. These films provide an adrenaline rush and transport us to the top of Mount Everest or into a spaceship, giving us a thrill that we could never experience in real life.

We often turn to movies for a sense of escapism, and few other movies offer as much of that as disaster movies. We become heroes and jump in, save the day, maybe even kiss someone at the end of the movie, or return to our families with a newfound sense of purpose. These pictures are action packed and if you are craving for more action movies check out our list of the best action movies of all time.

Our list includes films depicting different types of disasters, from man-made to natural to medical, and includes work by filmmakers such as James Cameron, Michael Bay and of course Roland Emmerich. So here they are The best disaster movies.

What are the best disaster movies of all time? 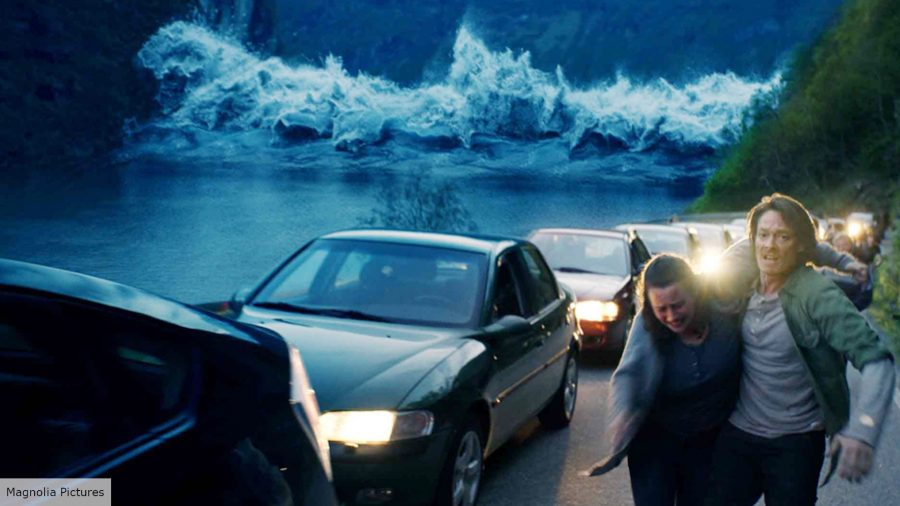 Directed by Roar Uthaug, this Norwegian thriller surprised everyone. It’s tight, tense and beautifully played. Kristoffer Joner plays a geologist trying to save his family from a massive tsunami after a fjord collapses, but time is of the essence and there’s no competition against Mother Nature.

The Wave has also spawned a sequel, The Quake, just as gripping, but The Wave impresses with its simple premise and effective execution.

Perhaps a controversial choice, Armageddon is as revered as it is loathed by audiences. It’s cheesy, cheesy, but oh so epic and fully worthy of its place on this list. With an all-star cast of Bruce Willis, Ben Affleck and Liv Tyler, Michael Bay’s action film sees a crew of deep drillers sent into space to stop an asteroid. Hey, we never said that good disaster movies have to be believable or realistic.

Bay’s film is gigantic in scope, but emotionally even bigger. That ending is enough to make us cry, and Bay’s unparalleled ability to direct action scenes makes for a dynamic watch.

We could have included any of director Jan de Bont’s masterpieces on this list, but Twister takes the cake from Speed ​​just because it’s a little bit more fun. Helen Hunt and the late great Bill Paxton chase tornadoes in this cool ’90s thriller. What more could you want from a disaster film?

We couldn’t publish a best of list without including Ronald Neame’s The Poseidon Adventure, an adventure like no other. Gene Hackman and Ernest Borgnine star in the film as they attempt to escape a capsized cruiser in the middle of the Mediterranean when an underwater tremor triggers a powerful tsunami. There are several memorable sequences, and Hackman’s final moments are wondrous and powerful.

Most of the films on this list involve natural disasters or mechanical mishaps that devastate the world and our characters. Still, Wolfgang Petersen’s Outbreak shows us the worst of humanity during a medical catastrophe.

Filled with wonderful actors like Rene Russo, Morgan Freeman and Donald Sutherland alongside Hoffman, Outbreak relies heavily on the performances to create suspense. It’s all an expression of fear, panic and disgust as the characters face an unseen but seemingly invincible threat in the form of a deadly virus that gives us major horror movie vibes.

No disaster movie list would be complete without Roland Emmerich’s epic The Day After Tomorrow. Jake Gyllenhaal and Dennis Quaid star as a father and son fighting a new Ice Age thanks to a massive unprecedented storm. Emmerich knows his way around apocalyptic visuals, and the revolutionary visuals are still as stunning as they were in 2004.

Is it a little silly? Yes, but is it fun? Yes! And that’s exactly what we want from a film like this. Give us all that extreme weather and a frozen New York landscape!

Volcano and Dante’s Peak, two volcanic eruption films released in 1997, would both qualify for this list, but what puts Volcano, the thriller starring Tommy Lee Jones, at the top is one scene; the death of John Carroll Lynch’s Olber as he heroically saves a train driver and sacrifices himself in the rather traumatizing but effective scene.

James Cameron’s Titanic is one of the most memorable cinematic experiences. The unhappy lovers, played by Kate Winslet and Leonardo DiCaprio, and the doomed fate of Titanic are brought to vivid and exciting life.

Real Life Tragedy: The best films based on true stories

At over 180 minutes, Titanic will test the audience’s patience. Still, the last half is a masterful exercise in suspense and sheer terror as the ship loses power and eventually splits in half, sending hundreds of passengers into frigid waters.

There are some images as striking as the one from The Towering Inferno, which shows a skyscraper on fire. It has always been a powerful image, but in the post-9/11 world it is even more chilling.

Paul Newman plays an architect who returns from vacation to find a building he designed almost complete, but when a fire breaks out, Newman’s Roberts and a group of others must find a way to safety. It’s a simple premise that goes far, combining the fear of heights with the fear of fire to create the ultimate blend of terror.

Finally we have Independence Day, the perfect disaster movie for all ages. Will Smith fights aliens, Bill Pullman as President of the United States and Randy Quaid plays…Randy Quaid. Did we mention aliens?

It has epic visuals, exciting action, and funny one-liners, making it a top-notch disaster movie. It doesn’t get much more epic than that, given director Roland Emmerich’s latitude here, and while it might be a bit on the nose with the patriotism, it’s pretty awesome.

https://www.thedigitalfix.com/best-disaster-movies The best disaster movies – from The Wave to Independence Day