What are the best plot twists in film history? There’s no better feeling as a movie buff than seeing a movie for the first time, not knowing what’s coming, and then being hit by an incredible, shocking plot that blows you away. We love this type of experience, so we’ve compiled a list of the best movies when it comes to plot twists.

The great thing about plot twists is that they can transcend any genre, time period, and language. You’re just as likely to find a brilliant plot twist in an epic sci-fi film as you are in a French drama. You will also find some of the best plot twists in films from the past or in modern cinema.

So buckle up and prepare to be stunned by some of the best plot twists in cinematic history as we break down the most breathtaking narrative twists and turns we’ve ever seen. Warning, if you see a movie from the list below that you have never seen, you may come across a few spoilers ahead! 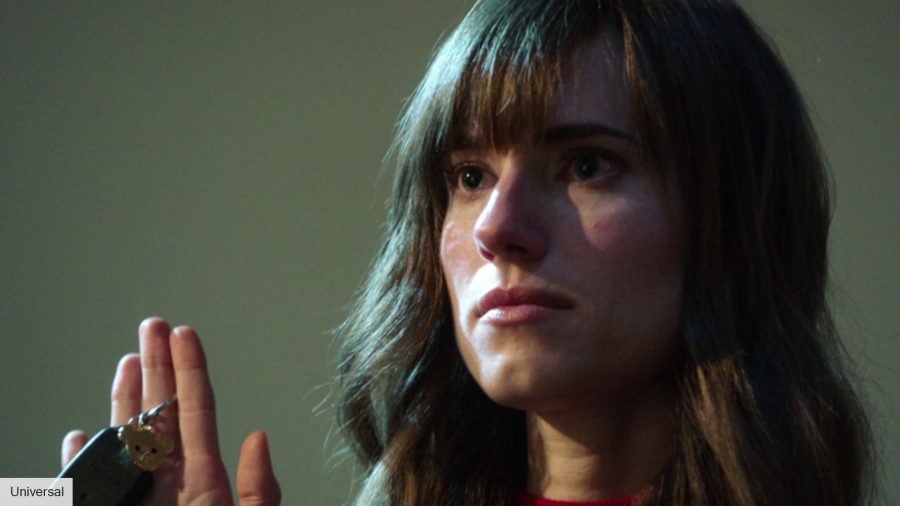 Jordan Peele was better known as a comedian before he burst onto the filmmaking scene with this suspenseful horror film that has everything you could want from the genre. It’s got some spine-chilling jump-scares, razor-sharp social commentary, and what we’re all here for – a twist in the plot that really knocks the rug out from under our feet.

It’s pretty obvious something is wrong with the Armitage family when Rose (Allison Williams) introduces her African American friend Chris (Daniel Kaluuya) to the group. But as the dark secret begins to unravel, we still can’t quite figure out what Rose’s intentions are. That is, until she strums those keys and reveals her true nature.

Oldboy is not only one of the best Korean films of all time, it also has one of the most mind-blowing twists of all time. When Dae-su Oh emerges from captivity, we viewers are just as clueless as he is as to what exactly is going on, but the journey to the answers is engaging.

When the film comes to an end and the truth comes out, we are speechless. Everything Dae-su Oh went through was part of an intricate revenge plan, carried out in the most gruesome and meticulous ways.

Oldboy even got the Hollywood remake treatment, but the Spike Lee film was a complete failure, and Park Chan-wook’s version is the only one we now acknowledge.

We’re sure most people are aware of the plot twist in Fight Club by now, and we shouldn’t even really talk about it, to be honest. But we’ll ask you a question: have you ever seen Ed Norton and Brad Pitt in the same room? Didn’t think so.

One of the best ’90s movies out there, Fight Club is David Fincher at his dirtiest and grittiest. Incredible performances, super stylish aesthetics and one of the biggest plot twists in cinematic history; what more do you want?

I mean, if you don’t know the twist from the original Star Wars movies, you must have lived under a rock on Tatooine your whole life. Even those who aren’t fans of Star Wars will know about the big reveal in Episode IV, where we learn about the connection between Darth Vader and Luke Skywalker.

Now imagine witnessing The Empire Strikes Back on a big screen for the first time in the 80’s, with a crowd having no idea what was in store for them. Those four little words Vader says to Luke are enough to make the hairs on your arms stand on end, even today.

Long before Denis Villeneuve worked his way up to become one of Hollywood’s top directors with blockbusters like Dune and Blade Runner 2049, the French-Canadian filmmaker made his name with breathtaking drama films like Incendies.

The plot twist at the end of this film is an absolute hit, for the protagonist and for the viewer. It’s not a particularly exciting turn of events, but it is one of the most impactful and shocking narrative journeys of all time.

Nobody does it like the master of suspense, Alfred Hitchcock, right? His ’60s horror film Psycho is rightly considered one of the best films of all time, in no small part because of the way it effectively twists its narrative from a woman on the run to a man and his demons.

The murder scene in the shower will forever be one of cinema’s most iconic moments, and the revelation of who was actually behind this murder is enough to freeze you to the bone. Don’t worry about mother though, “she wouldn’t even hurt a fly.”

Who is Keyser Soze? That’s the big question that plagues the various characters in this classic thriller film. A fascinating cat and mouse tale of murder, mystery and money that will keep you guessing until the last frame.

Give us a hint: The best crime films of all time

While the reputation of the director of The Usual Suspects and one of the film’s stars has taken a bit of a hit, this film’s legacy from the ’90s remains strong. At least stronger than that porcelain mug at the end of the film.

Director Pedro Almodóvar is better known for his rich, realistic drama pieces, and when the Spaniard released The Skin I Live In, many viewers probably assumed the same was in store for them. How wrong they were.

As you watch this movie, you have all these ideas of where it might be going, why certain things are happening, and how it all connects. And then the big twist finally hits you and you feel like you need surgery to pick your jaw off the floor.

You know what makes all good movies better? vampires. I like to think that the writing process for From Dusk Till Dawn was pretty straightforward, until one was distracted by the idea of ​​a bloodsucking cult by Quentin Tarantino.

This is less of a plot twist and more a complete 360 ​​degree cartwheel into a tonally very different film. It absolutely shouldn’t work, but it’s damn good entertainment.

For this next selection, we venture into Scandinavia with Danish film The Guilty. You may be familiar with the recent Hollywood adaptation of this brilliant Netflix and Jake Gyllenhaal flick, but the original is always better.

The premise is so simple, we watch a man answer emergency calls until a particular call catches his attention and ours. As viewers, we become so engrossed in the emotional story on the other end of the phone that you can literally feel your heart sink when the truth is finally revealed in the film’s climax.

So there you have it, these are the best twists in movie history. We hope that the next movie you watch can shock and surprise you as much as these movies did for us. In the meantime, check out our list of the best streaming services to help you find a new movie to watch.

The June PlayStation Plus Lineup Has Reportedly Leaked

Aaron Carter & Brother Nick ‘Made Amends’ Before His Passing

An Introduction to J-Horror, From Ringu to One Cut of the Dead