The Bob’s Burgers Movie brings the original cast of the long-running TV series to the big screen in a fun and colorful musical. To celebrate the animated series’ big Hollywood debut, we sat down with H. Jon Benjamin, John Roberts and Larry Murphy, who voice the film’s main characters Bob, Linda and Teddy.

The film Bob’s Burgers was first announced in 2017 and will be directed by Loren Bouchard and Bernard Derriman. While the film maintains the tone and charm of the Fox show, the film plunges the Belcher family into a strained murder mystery and financial struggle that could end in the loss of their beloved restaurant. With the help of his wife Linda and friend Teddy, Bob Belcher must find a way to sell some burgers before it’s too late and solve a murder on Ocean Avenue.

In our interview with Benjamin, Roberts and Murphy, we discuss what it was like making the animated film during a global pandemic, its musical influences and their future hopes for a possible Chipotle episode in the coming seasons.

The Digital Fix: Hi folks. This is so big for me. I love Bob’s Burgers and it’s so nice to actually see their faces. I was really struck by how the film threw a murder right into the story and I wanted to know what was your reaction when you first read the script?

H Jon Benjamin: I was so excited when I found out we were going to do a movie I think. It’s been talked about a bit here and there, but I guess you never really expect a show to get that opportunity.

So I thought it was going to be some kind of musical, but when I found out about the crime element I thought it worked really well. So yeah, I don’t love murder in real life. I’m against it. But I was happy. I was glad it was included in the film in some way. 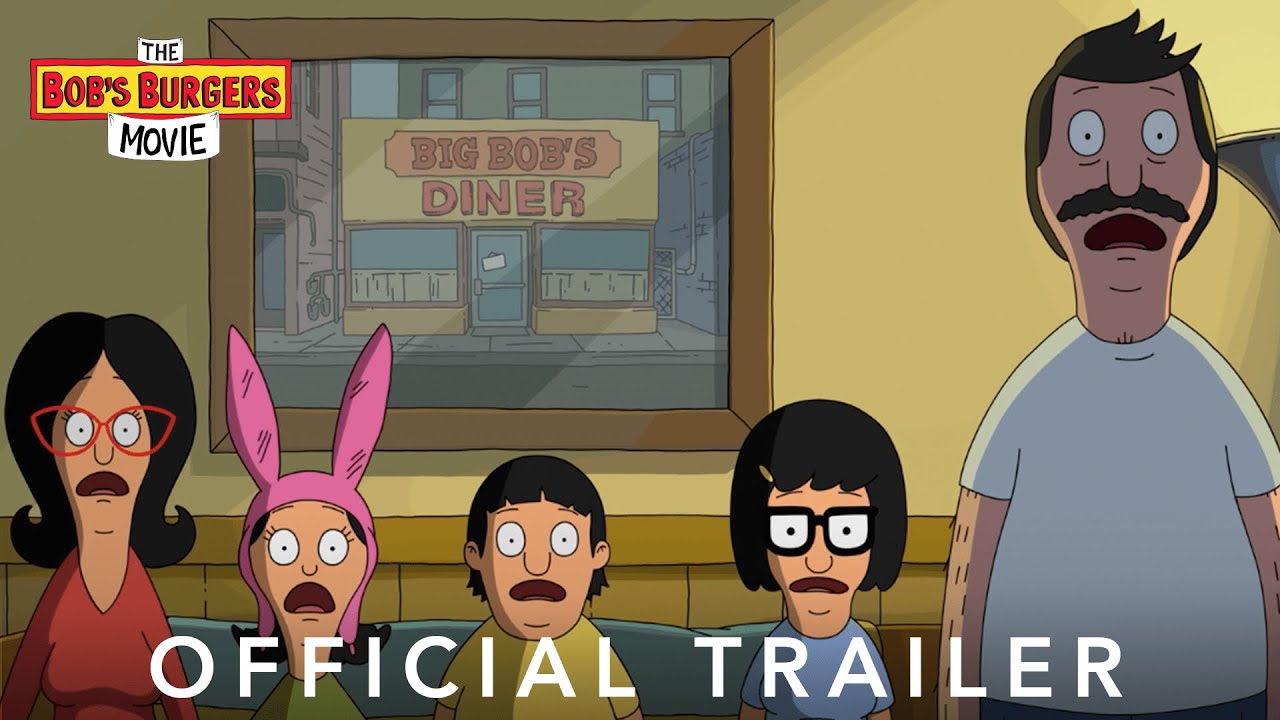 Speaking of musicals, John Linda must have had a blast in this film as she is the singing enthusiast in the TV series. Obviously the songs in this film seemed very scripted, but do you ever improvise your musical moments on the show?

John Roberts: Absolutely yes! And you know, right from the start, since the first season, Loren has always been very gracious and just let us go a little bit. And I often burst into song in real life too.

You know, but the movie was like a whole other level. I think the show has gradually progressed with the music as well; We have music teams now. So it’s always a pleasure for me to sing, especially as Linda. I hope I’ve gotten better at it over the years because I think the songs have gotten more progressive and bigger.

HJB: But I think Linda was a big catalyst for the music on the show, really? Yes, as Loren Bouchard, the show’s creator, is very musical. He’s always written music, even for his shows he’s done before.

But I think John started doing what he does in the dressing room in real life, which is humming tunes and making up lyrics for the Thanksgiving song or something. Is that in the script or not?

JR: No! But yeah Loren would just let us go and yeah Lauren is a very musical person and so am I. I also make music. So it was just an extra dream part of an already amazing job.

You made this film during COVID-19. How was it? Was it a different experience than your normal recording setup?

HJB: Well it was, it was very different because I think when they announced we were going to do a movie it was before the pandemic. I think we all assumed that we would work like we always work, so somehow together or at least in general we all work together.

When the pandemic struck, they had to change the entire recording process. I mean I was recording in my closet and like everyone I had to record independently which is very different from the way we usually do it. And that was an adjustment we had to make.

All together: The best family films

Luckily they had two years to do it. So we kind of work our way through. And they finally found a way to get everyone to record together.

All of your characters have become iconic. You’ve been doing the show for ten years now. Especially the dynamic of the three of you, Bob, Teddy and Linda, is very, very recognizable.

HJB: We are the adults.

(laughs) Right, and Teddy is basically part of Bob and Linda’s marriage at this point.

Larry Murphy: He is an invasive species and an adulterer. Get rid of him next season.

LM: He’s like a lamprey. It’s a symbiotic relationship. It’s more like a carp that is introduced and won’t go away.

Why do you think people love this series so much?

JR: I find the writing amazing. We have great writers. And I think the cast I mean we’re very; we fit together very well. So just the marriage alone, but I think the characters are fun. You know, different episodes focus on different characters, and that keeps it fresh. And it’s a loveable show. There’s a lot of love and a lot of things that maybe people can see in themselves – little quirky things that are funny.

Yeah it’s funny that you mention people who identify with the characters because I’ve seen it all over social media. People often post, “Oh, that Bob’s Burgers character is my spirit animal.” I want to walk across the room and ask: Which character do you identify with the most?

JR: Well, I would say that I am Tina too. I love asses and I’m so scared.

Okay, so you have two Tina’s. Larry, you’re up. Will there be a third choice for Tina?

LM: I think in real life I’m more like Bob. Trying to make it, to everyone’s detriment. Trying to strive for something, for some kind of perfection. Something like striving for perfectionism. And so yes, and fail.

Also, the really nice thing about this movie is that it ties into the show and reminds you that this isn’t the end of the story. We await the release of Season 13. What do you think the future of Bob’s Burgers will be after the film is finished?

LM: I think the really positive thing is that I don’t really think either of us, or at least we’re doing a good job of covering it up, but we’re not tired of each other.

HJB: I imagine Chipotle will buy Bob’s Burgers and they’ll all work there. Bob has to work. Something like that.

HJB: I’m always thinking about how to tie in with Chipotle.

So what you’re telling me is that Bob from Bob’s Burgers is actually a Chipotle fan?

JR: I’ll be plugging in the Impossible Burger, which is a kinder, gentler, plant-based burger.

Thank you for speaking to me. It was lovely.

All: Thanks very much!

The Bob’s Burgers Movie is in theaters now

https://www.thedigitalfix.com/bobs-burgers/movie-cast-interview The Bob’s Burgers Movie cast on Covid-19 and Chipotle