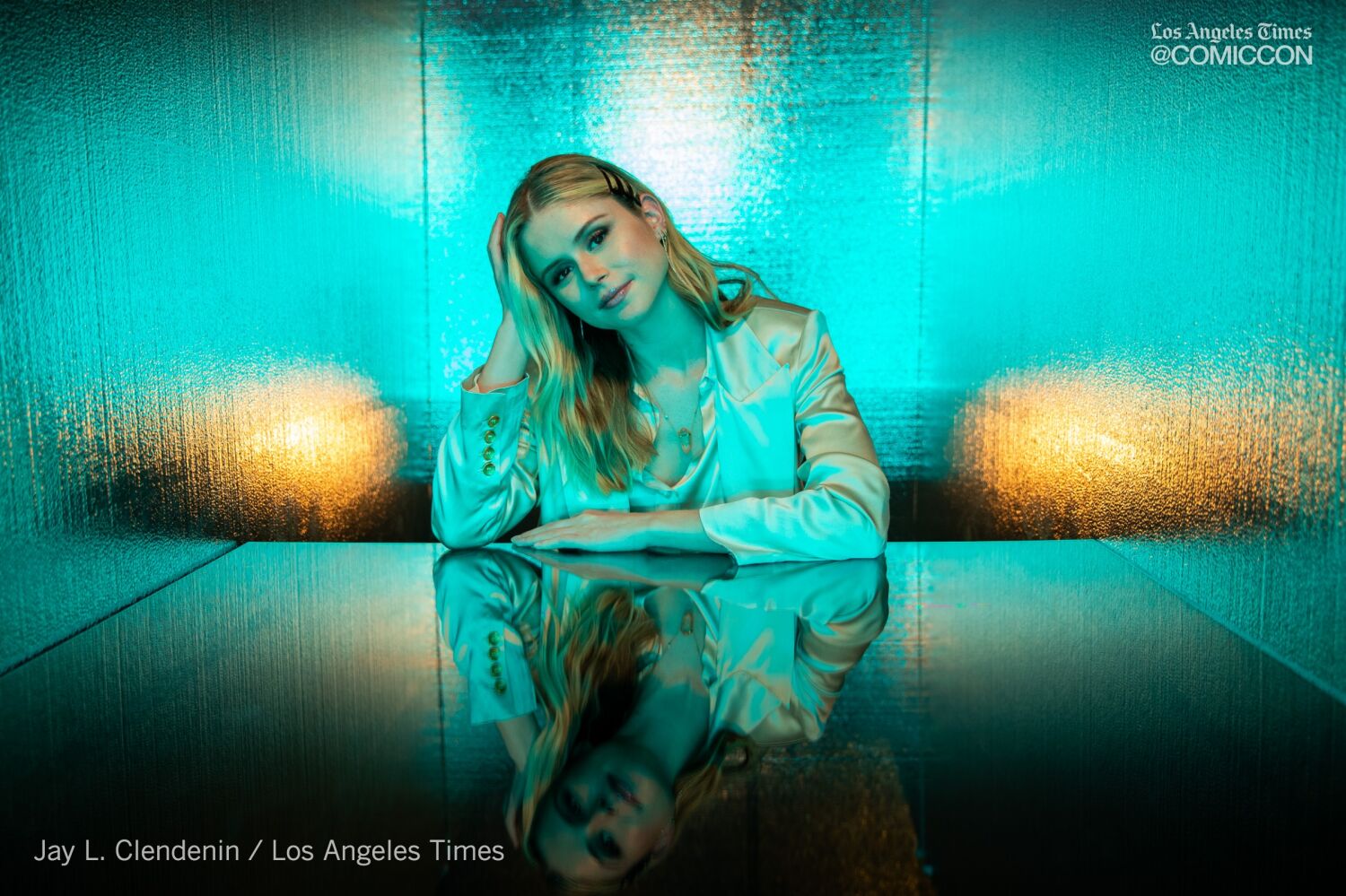 The Boys star Erin Moriarty opened up this week about the cyberbullying she’s endured since the superhero satire’s third season premiered in July.

Taking to Instagram, Moriarty shared excerpts from a blog post written by a self-proclaimed “Boys” enthusiast named Anna, who condemned the “overwhelming spite and misogyny” directed at the 28-year-old actor. In the popular Amazon Prime series, Moriarty plays Annie January, aka Starlight, a tough but compassionate “super” who teams up with regular people to take down the superhero industrial complex.

The “unsolicited comment on [Moriarty’s] Looks,” the “obsession with her looks and the level of objectification is unmatched,” Anna writes in her essay.

“Why are pictures of her from the first season… starkly compared now when people naturally change after five years? Why is she being infantilized when she is a grown woman who has the right to do what she wants with her body? Why can’t it just exist?”

As one of the world’s most famous superheroes, the show routinely subjects Starlight to intense public scrutiny and sexism – an overly meta character arc that has apparently spilled over into Moriarty’s real life. Ironically, Starlight takes to social media to reclaim her power and humanity in Season 3.

“The harassment feels all the worse given the context of her role as Starlight on the show, a silenced and sexualized woman treated like a celebrity canvas for others to project onto, rather than a human being with her own thoughts and… feelings,” writes Anna.

“But Annie is fictional and Erin isn’t. For her, the torment doesn’t end with the credits, because there’s no switching off. No end or escape.”

In the caption of her post, Moriarty thanked Anna for her words and offered her haters an olive branch.

“I put blood, sweat and tears into this role (over and over and over again), I’ve grown up in the shoes of this character (*emphasis on growing up – we’re changing and evolving mentally AND physically). …this breaks my heart – I opened a vein for this role and that kind of trolling is exactly what this role (Annie) would be against.”

Moriarty is one of several young actors, including Timothée Chalamet and Tom Holland, who have spoken out against online negativity in recent weeks. Last month, Holland – also known for playing superhero Spider-Man – announced he was taking a break from social media to protect his mental health.

“Everyone goes through their own struggles; let’s not add anything to that,” Moriarty continued. “I will never intentionally (and ESPECIALLY) publicly add anything to yours. It just strengthened my empathy muscle and to anyone who comes my way, I see you, I don’t hate you, I just sympathize and forgive.”

Antony Starr – whose villainous character often torments Homelander Starlight in The Boys – responded to Anna’s blog post via Twitter, calling the hate for Moriarty “appalling and sadly all too common.”

“Be nice people” he added.

Another member of the “Boys” family, Christopher Lennertz – who composes the music for the series – has also expressed his support for Moriarty on Twitter.

“Erin Moriarty is a real badass and a phenomenal actress (and singer, I might add)! Not to mention a very friendly person.” he tweeted. “We always have your back!”

Why no one will recognize rematch between Chargers, Raiders

Apple Watch Series 8 has a temperature sensor and crash detection