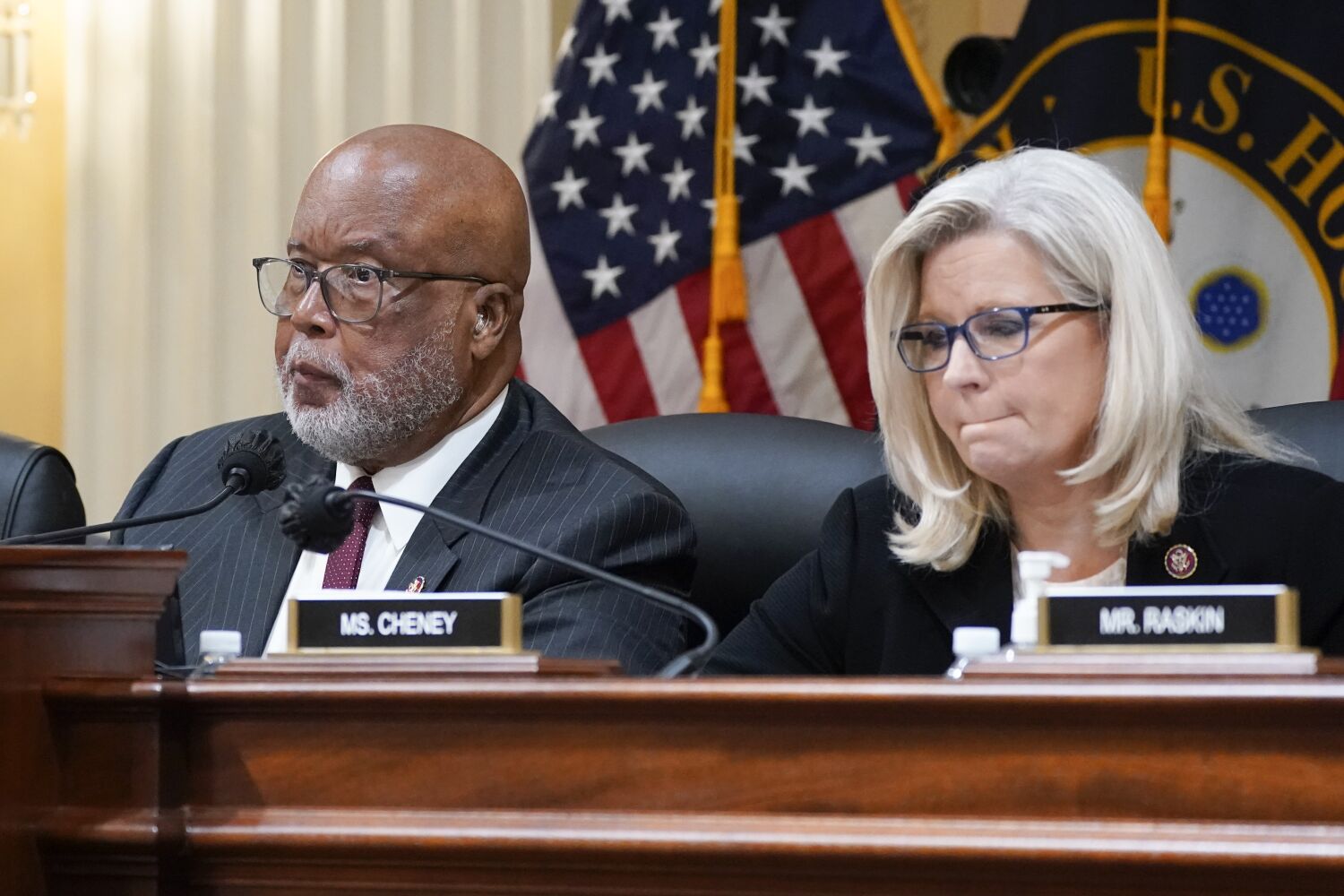 After a long hiatus and a postponement caused by Hurricane Ian, the Jan. 6 House Select Committee is scheduled to hold its final hearing Thursday at 10 a.m. Pacific Time. The committee’s chair, Bennie Thompson (D-Miss.), told reporters last week that the hearing will have no living witnesses — a first for the panel — but he added, “We still have important information that we need to know.” have not shown the public which are available to us.”

Committee members haven’t tipped their hands over the terrain they plan to cover or the surprises they might have in store. But the political landscape has changed significantly since her last hearing caught the nation’s attention in late July. Since then, former President Trump’s Florida home has been searched by the FBI, evidence has emerged that he had discarded confidential, top-secret documents, and Trumpworld has come under increased scrutiny from prosecutors in New York and Georgia.

In fact, so much has happened since the last panel meeting that you may find it difficult to recall all the topics covered by the panel in June and July. To bring you back up to speed, here is a summary of the last eight sessions.

Thursday, June 9th: The committee began with a vivid and emotional look back at the attack on the US Capitol, which took place as lawmakers attempted to count electoral votes. A key moment was a 10-minute video of previously unreleased footage of protesters making their way into the Capitol. Another was the testimony of Capitol Police Officer Caroline Edwards, who said she “slid in people’s blood” as she fought to defend lawmakers at home.

Monday, June 13: The second hearing found evidence that Trump and his advisers were spreading the “big lie” even though they knew there was no widespread voter fraud. Trump, the committee said, was briefed several times by campaign workers and Atty. General William Barr said there was no evidence the election was stolen.

Thursday June 16: That hearing focused on the pressure Trump and conservative California attorney John Eastman put on Vice President Mike Pence to overturn the election by rejecting electoral votes from seven states won by Joe Biden — despite knowing their actions were illegal were. The panel heard from a senior Pence aide who said the vice president never believed he had the power to throw the election to Trump, and from a conservative judge who helped Pence defy Trump’s demands.

Tuesday, June 21: The committee heard testimony from the Speaker of the Arizona House of Representatives and two Georgia election officials, all Republicans, about efforts by Trump and his attorneys to get them to reverse election results without the legal authority to do so. A Fulton County, Georgia elections commissioner also spoke emotionally about the harassment she, her mother and grandmother endured after being accused by Trump of voter fraud — an allegation he knew had been debunked.

Thursday June 23: Three former senior Justice Department officials in the Trump administration recounted the former president’s concerted efforts to get the department to declare the election tainted and to urge state legislatures to scrap the findings. When they resisted, they said, the president was willing to name another appointee, Jeffrey Clark, as acting attorney general, only to back out when all of the department’s leadership threatened to resign. The day before the hearing, Clark’s home was searched by federal investigators.

Tuesday, June 28: In a surprise move, the committee brought in former White House staffer Cassidy Hutchinson to testify publicly while the House was on recess. Her primary focus was on conversations she had with senior administration officials in the West Wing of the White House before and during the January 6 events. Among other revelations, she testified that she had been told Trump had dismissed concerns about guns in the crowd, that he was so anxious to get to the Capitol that day that he had messed with a Secret Service officer in his vehicle, and that he didn’t think the rioters chanting “Hang Mike Pence” were doing anything wrong.

Trump has criticized her statement on Truth Social, his fledgling social media network, calling her “Lyin’ Cassidy Hutchinson,” among other things.

Tuesday, July 12: The committee outlined how Trump’s January 6 call for protest resonated with his supporters and extremist groups, who interpreted it as a call to block Congress from confirming Biden’s electoral college victory. A former Twitter employee, whose recorded testimony was provided anonymously, said Trump appears to be tweeting directly to extremist groups, and from the news he saw, the witness said he expected violence on Jan. 6.

The panel also heard from Jason Van Tatenhove, a former spokesman for the extremist group Oath Keepers, who said the day “was going to be an armed revolution”. And Stephen Ayres, who has pleaded guilty to entering the Capitol on Jan. 6, told the committee he only went there because Trump urged his supporters to do so in his speech that day.

Thursday, July 21: That hearing focused on what Trump saw, heard and did in the hours on Jan. 6 after he called on a huge crowd of his supporters on the Ellipse near the White House to march on the Capitol. Two former White House staffers — Sarah Matthews, a former assistant press secretary, and Matthew Pottinger, a former assistant national security adviser — and a host of other witnesses who testified on tape described Trump’s requests from advisers, family members and Republicans in Congress ignored to fend off the rioters.

In fact, the witnesses said, Trump made matters worse by sending out a tweet criticizing Pence when the vice president was pushed away by protesters in the Capitol fearing for his life. The president eventually released a video praising his supporters and urging them to go home after Pence called for the military’s help to quell the uprising.

https://www.latimes.com/politics/story/2022-10-12/next-jan-6-committee-previous-hearings-recap The next Jan. 6 committee hearing is set. What have you missed?