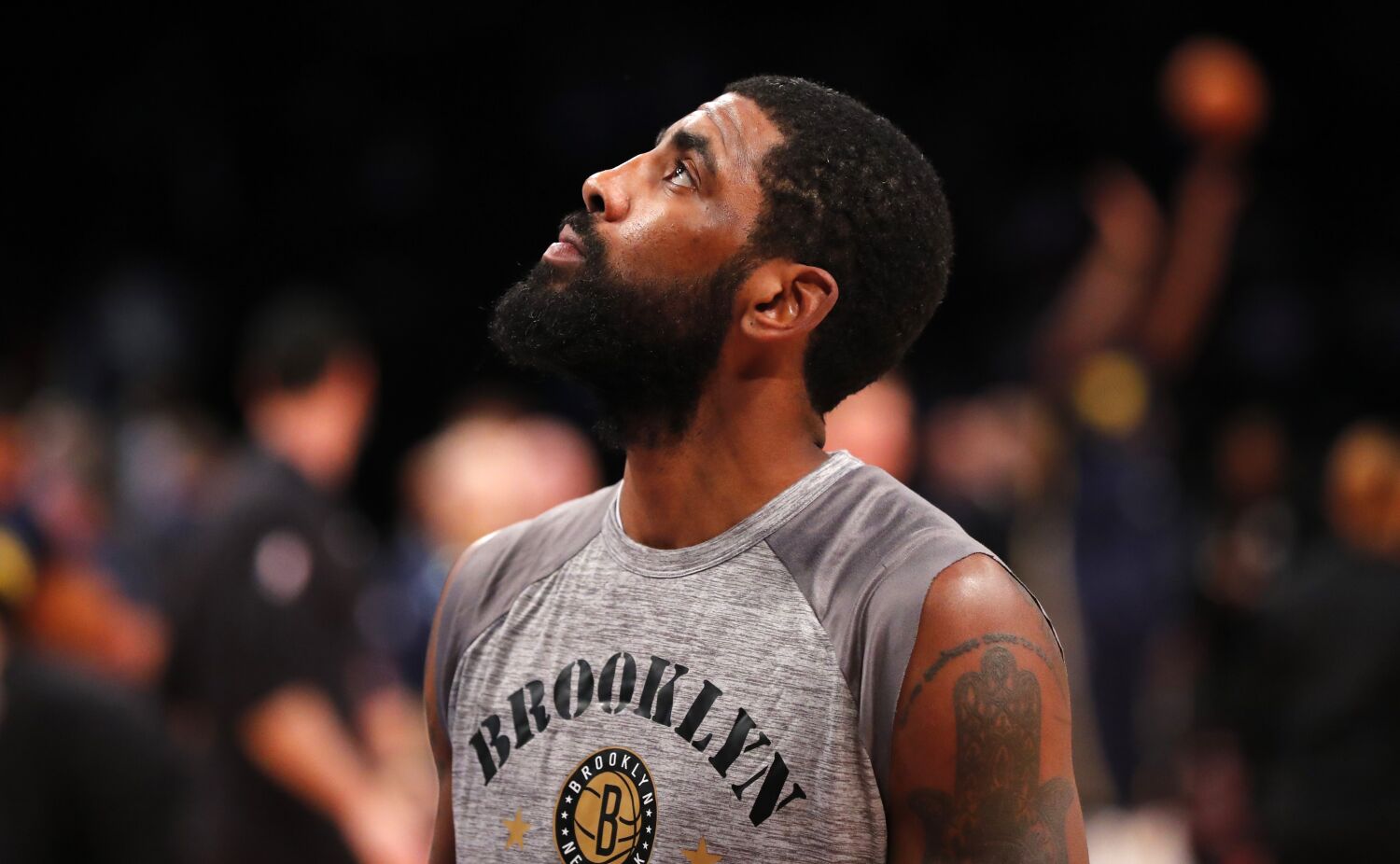 Civil rights activist Rev. Al Sharpton said Wednesday that it was okay for activists to criticize Brooklyn Nets star Kyrie Irving for actions that were perceived as anti-Semitic.

After taking to social media to share a link to a film containing anti-Semitic material last week, Irving has been argumentative with reporters on the matter, refusing to apologize or state unequivocally that he has no anti-Semitic beliefs. It was only after he was suspended by the Nets for at least five games for not taking responsibility for the actions that Irving finally said he was sorry.

The Irving controversy comes amid a backlash against hip-hop star Kanye West for repeated anti-Semitic remarks. Both men have lost their footwear deals in recent days – Irving with Nike, West with Adidas.

Sharpton once faced similar criticism for making comments that some saw as inciting anti-Semitic violence during the riots in Brooklyn’s Crown Heights neighborhood in the early 1990s.

Speaking to Jewish leaders in 2019, Sharpton acknowledged that he “could have done more to heal than harm” during the Crown Heights riots.

Decades after those events, Sharpton was asked Wednesday about Irving’s situation. The MSNBC moderator didn’t specifically mention Irving in his response, but said it’s important that people are allowed to hold each other accountable.

“We fight bigotry of all kinds,” Sharpton said, “and bigotry cannot be normalized and victims cannot say they will bully others.”

Sharpton said he has not commented on when Irving will be allowed to return to the Nets. Irving will serve out the fourth game of his suspension on Wednesday when the Nets host the Knicks. Earlier in the day, the Nets promoted Jacque Vaughn to the head coaching position. Vaughn is 2-2 after taking over as acting coach for Steve Nash on November 1st.

Dejounte Murray is thriving in Atlanta