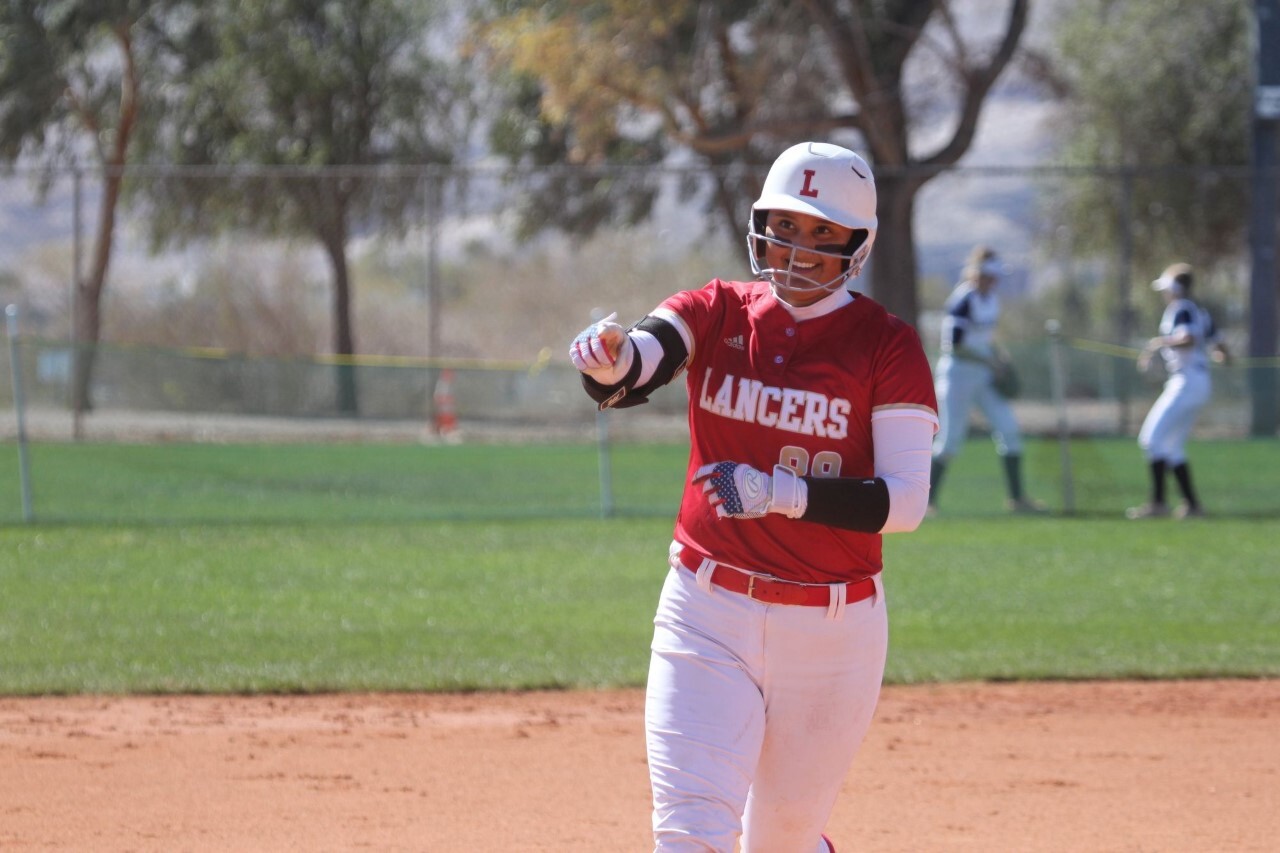 Patience was the virtue Orange Lutheran’s Kiki Estrada had to practice over and over again this softball season. She was so feared at the plate that intentional walks came en masse.

Regarded as the No. 1 first baseman in the nation, she raised teammates with her fielding and hitting. She batted .500 with 34 hits, 32 RBIs and nine home runs. The Arkansas commit is The Times Softball Player of the Year.

Being a good teammate is another trait Estrada practices. She signed on as a freshman at Arkansas and remained engaged through her senior season.

“I’ve learned that they’re family-oriented, which is nice when you’re going halfway across the country,” Estrada said.

Growing up, Estrada started figure skating and soccer. But she was too physical for soccer and an older brother played baseball, so it was time to try softball.

“Let’s try to be like big brother and it’s stuck ever since,” she said.

When it comes to batting practice, Estrada knows how to put on a show.

“She hits the ball so far,” Miklos said. “Everyone is just watching. She is an all round great mentor for younger players.”

She was a two-time Trinity League MVP.

Referring to the lessons they learned in high school, Estrada said, “Hey, sometimes they suggest the pitch they want, not the one you want. Be more patient and swing on your pitch, not the pitcher’s pitch.”

https://www.latimes.com/sports/highschool/story/2022-06-10/kiki-estrada-orange-lutheran-high-softball-player-of-the-year The Times’ All-Star softball team: Kiki Estrada is player of the year