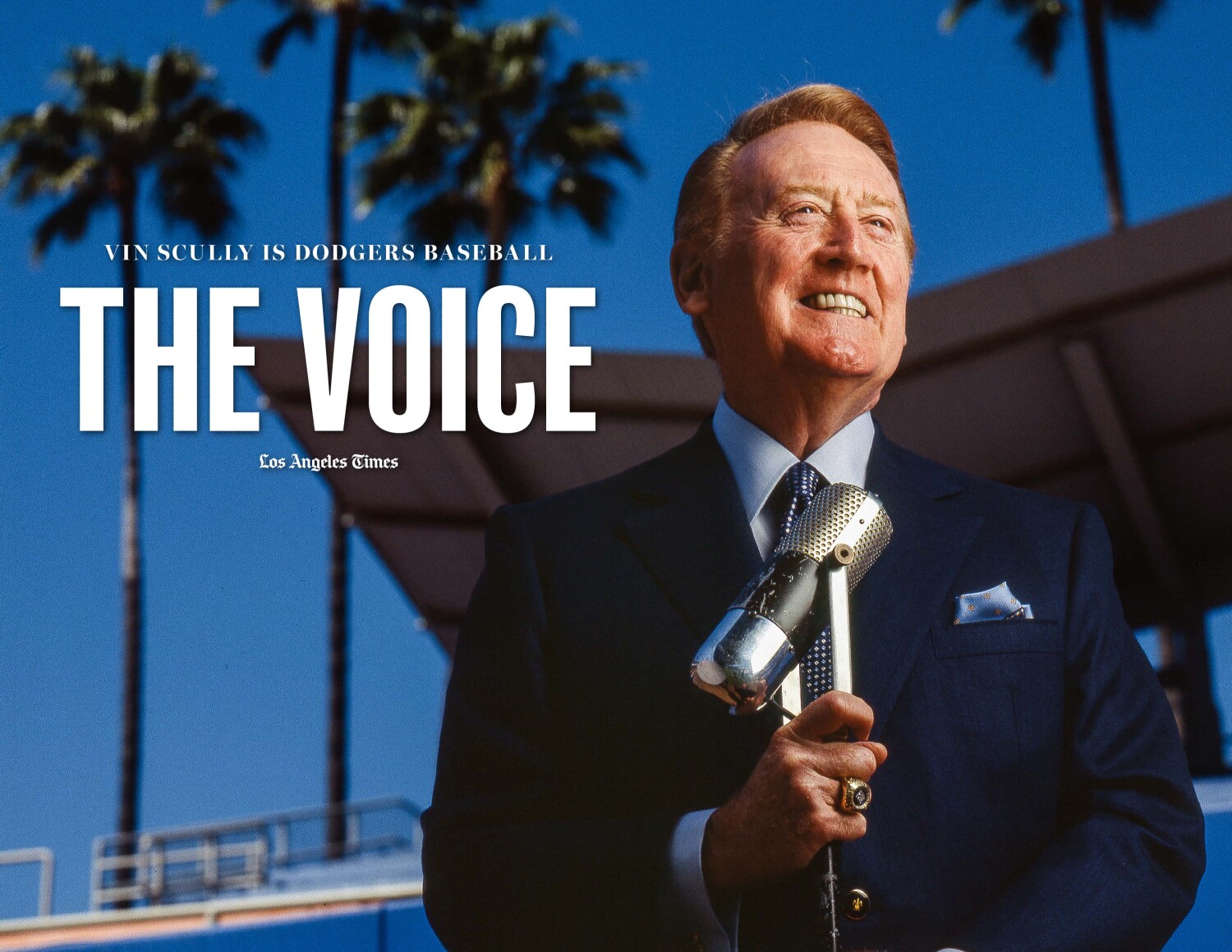 Los Angeles recently lost one of its greatest treasures when longtime Dodgers broadcaster Vin Scully died at the age of 94. More than the voice of the Dodgers, Vin was an icon whose influence on Los Angeles and the sport across the country was felt for many years.

Times readers voted him the best sports personality in Los Angeles history. Sixty-seven years behind the mic, beginning in Brooklyn, will do it for you.

Vin was known for his friendliness, sense of humor and ability to see things on the field that others could not. He was a welcome guest in our house, be it on the radio or on television. Perhaps his greatest gift was being able to say volumes by saying nothing at all. Let the crowd tell the story.

Experience the life of Vincent Edward Scully through the eyes of the Los Angeles Times award-winning authors and photographers with our book, The Voice. It’s a treasure trove of stories you may never have heard, or stories you’ve read but forgotten. There are even segments where readers can tell everyone what Vin Scully meant to them.

The 160-page hardback book, which retails for $45, is available for pre-order now. And if you head over to the LA Times online store, you can pre-order the book for a limited time at a discounted price of $33.75.