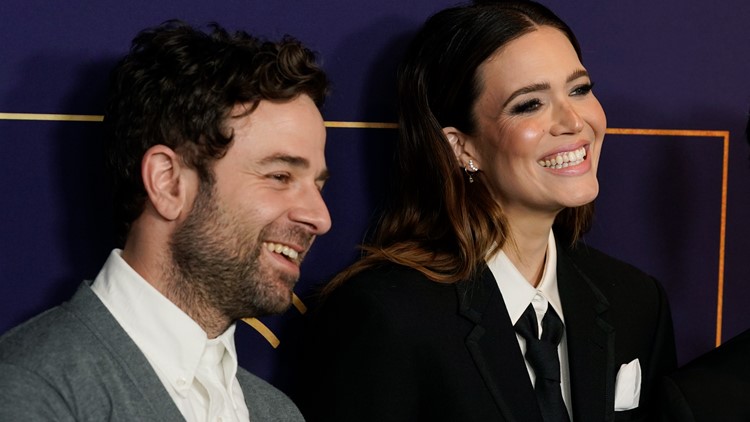 “There’s a good chance I’m the happiest, happiest person you know … and now we’re going to double it.”

LOS ANGELES – Shortly after leaving NBC’s hit drama ‘This is Us’ with its series finale, singer and actress Mandy Moore is about to face another big life event.

Moore announced Friday that she is expecting her second baby with her husband, singer Taylor Goldsmith.

“An incredibly landmark chapter of my life has just concluded and the next as a mother of two is about to begin… and we are so deeply grateful and excited,” Moore wrote on Instagram. “Baby Boy Goldsmith #2 is coming this fall!”

Moore, who has an album tour next week, announced the news with a photo of the couple’s first child wearing a “Big Brother” shirt.

Goldsmith shared the news with the same photo, saying Moore will be “the best” mom of two.

“There’s a good chance I’m the happiest, happiest person you know (or just follow) and now we’re going to double it,” Goldsmith wrote.

Moore played Rebecca Pearson, the matriarch at the heart of the Pearson family’s journey, on This is Us. The show’s finale aired on May 24 after six seasons and more than 100 episodes.

RELATED: ‘This Is Us’ ends with a ‘meditative day,’ creator reveals

“It’s a real challenge for all of us to say goodbye to the show and this job together,” Moore said before finishing packing. “I don’t show up every day without being grateful for the material. It’s a dream on every level, including the cast and crew.