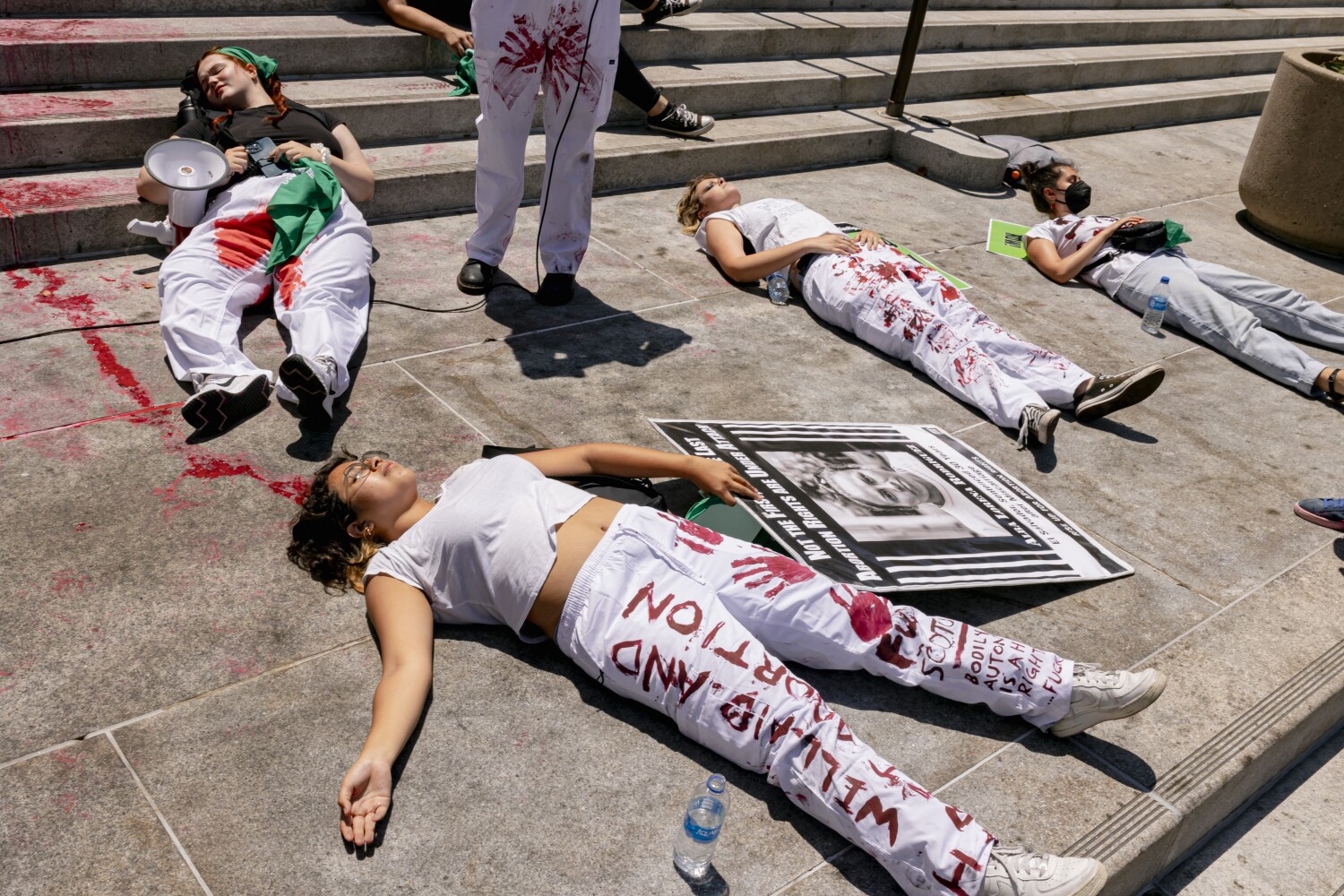 The San Clemente City Council will be considering a resolution in a few weeks declaring the city a “safe haven for life” and making it an abortion-free zone.

The resolution, written and proposed by councilman Steven Knoblock, says the city council “regards that life begins at conception” and opposes the establishment of Planned Parenthood Health Centers or other clinics that perform abortions .

“There is probably not a family in America that is not affected by abortion,” Knoblock said. “That [resolution] will make people think about what society has been doing for 50 years.”

The resolution, which will be discussed at the next council meeting on August 16, does not provide for any specific enforcement action, but states that the resolution will be enforced with the full “power and authority” of the council.

It also provides an exception for abortion in cases where the mother’s life is at stake and in cases of rape or incest, while declaring that the Council remains neutral.

The mention of “God” occurs several times in the resolution.

“We believe that life is ordained by God and that God is the author and finisher of every life. It doesn’t matter whether it’s at the beginning or at the end,” says the resolution. “As City Council, we will protect and preserve life at every stage. When we ask God to bless America, we must first honor and respect God.”

A draft of the resolution, which has not yet been officially released by the council, spread across the city and enraged many community members. Andrea Schmidt, the public affairs project manager for Planned Parenthood in Orange and San Bernardino counties, is currently leading efforts to mobilize against the resolution.

From Tuesday, 15 people should speak at the next council meeting “with an increasing tendency,” said Schmidt.

“Politically focused and scientifically inaccurate decisions like this one are extremely dangerous,” said Schmidt. “If this resolution is passed, it will send a message to San Clemente residents that their local government does not support their fundamental right to control their own bodies and access quality, affordable health care.”

Schmidt said the resolution was a direct attack on the city’s Planned Parenthood health centers, which “thousands of local community members rely on for health care and educational services.”

San Clemente Mayor Gene James, who supported the motion to draft the resolution at last month’s city council meeting, said he was “appalled” and “embarrassed” when he read the draft resolution late last week.

“It strikes me as a document that could have been written by a Taliban tribunal, and I say that as a conservative, anti-life Republican,” James said.

Supporting Knoblock’s request to discuss the resolution at the August session, James said, “There is no issue that is more important to me than protecting the unborn.” At the time, James said he thought the resolution would be the colonel’s decision Court to set aside Roe v. Wade in June.

But “that wasn’t what was in there,” James said.

Immediately after reading the draft, James contacted the city manager, city clerk and city attorney to ask if he could withdraw his second motion and “just kill” the resolution. He couldn’t.

“Mr. Knoblock made medical claims that just weren’t accurate,” James said. “The fact is, California is a state where abortion is legal, and there’s nothing the San Clemente City Council can do about it, regardless of whether we are for life or for choice.”

James raised the idea of ​​a “support for the unborn” resolution in late June in an email to Councilwoman Laura Ferguson. Ferguson declined James’ request to support the motion.

This isn’t the first time a resolution introduced by the San Clemente City Council has sparked tension in the community. Just a year ago, the council voted to designate the city as a Second Amendment Freedom City. James proposed this resolution.

“This is another resolution that is going to be very controversial and divisive and really doesn’t give us any authority to do anything at all,” Ferguson said. “We have so many problems in our city that we could spend time trying to get away from them.”

Mayor Pro Tem Chris Duncan, who is running for Assembly District 74, reiterated Ferguson’s points. He believes that women should have the right to vote and that councilors should not interfere in the problem that exists at the state and federal levels.

According to Knoblock, this resolution is necessary because the overthrow of Roe vs. Wade shifted the abortion issue to the States.

“The state’s cities and counties are part of this process,” Knoblock said. “I just wanted our voice to be heard by San Clemente.”

Schmidt noted that a resolution like this is particularly dangerous because it could encourage other cities to adopt similar agendas that are “destructive and politically motivated.”

James understands the resolution will disrupt the next council meeting and expects members of the community to “appear angrily and rightly so”.

Schmidt said she expects “a large demonstration of residents who care about their community, support access to health care and freedom of choice opposing this resolution, and ultimately we hope that by voting, the council will make the right decision.” . No to this resolution.”