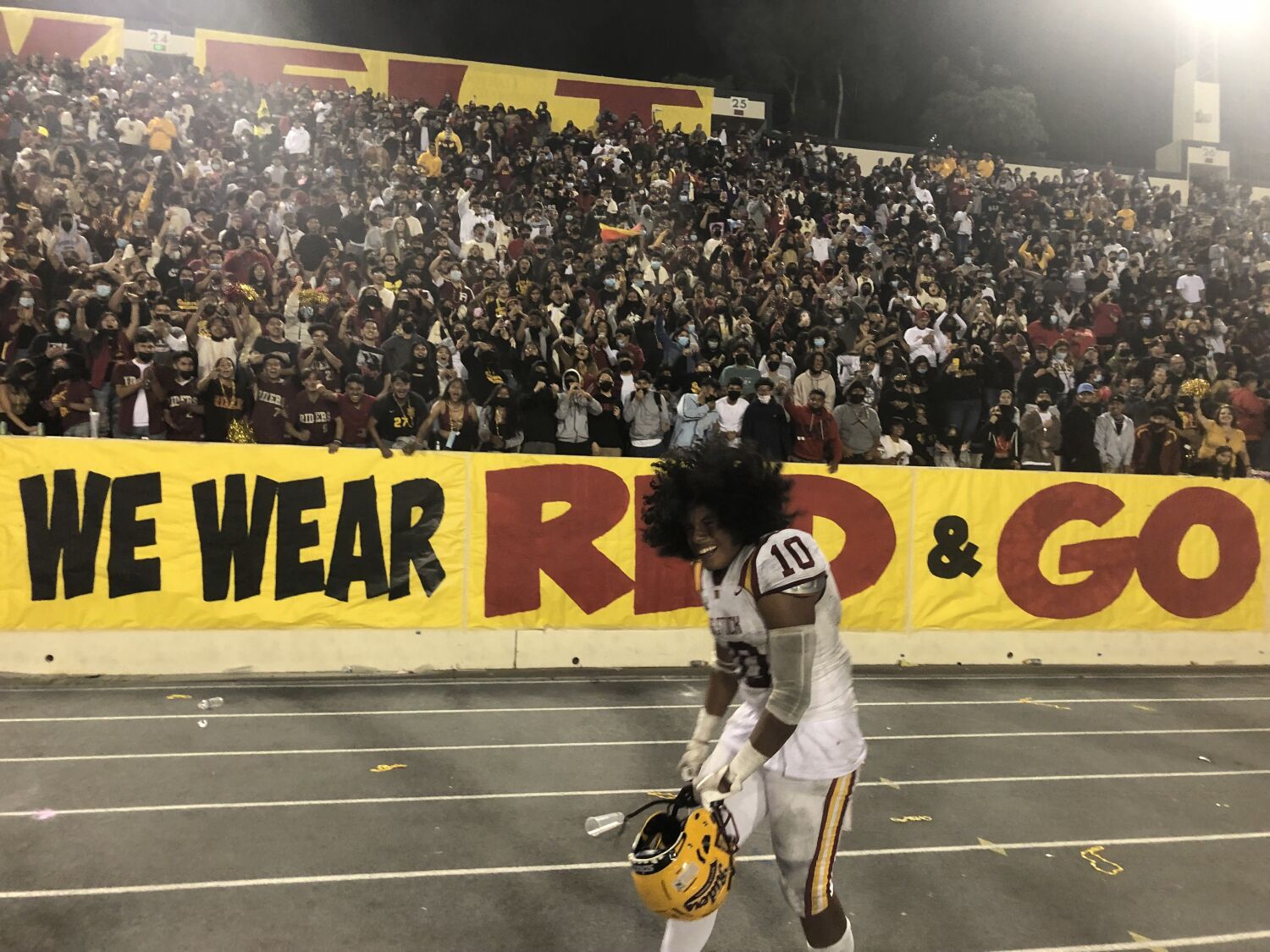 A look at two of the best high school football games in Southland this week:

The games on Friday

Garfield (6-2) vs. Roosevelt (8-0) at the Coliseum, 7:30 p.m.: The East LA Classic will feature a halftime concert by the Black Eyed Peas and an expected audience of more than 30,000. Roosevelt ended a 10-game losing streak against the Bulldogs last season and will be looking to prove it wasn’t a fluke. The Rough Riders’ double wing attack has gotten rolling. Garfield has had two weeks to prepare and needs a strong performance from running back Damian Cornejo, who has rushed for 1,097 yards and 17 touchdowns. The choice: Roosevelt.

Hesperia Oak Hills (8-0) at Apple Valley (7-1), 7 p.m.: The Mojave River League title is at stake in this battle of the best high desert teams. There are some big guys at stake for both teams, including Apple Valley’s Raymond Pulido of Alabama. Oak Hills’ Diego Lopez has passed for 1,790 yards and 22 touchdowns. Apple Valley’s Dustin Reynolds is a relentless running back/linebacker. The choice: Oak Hills.