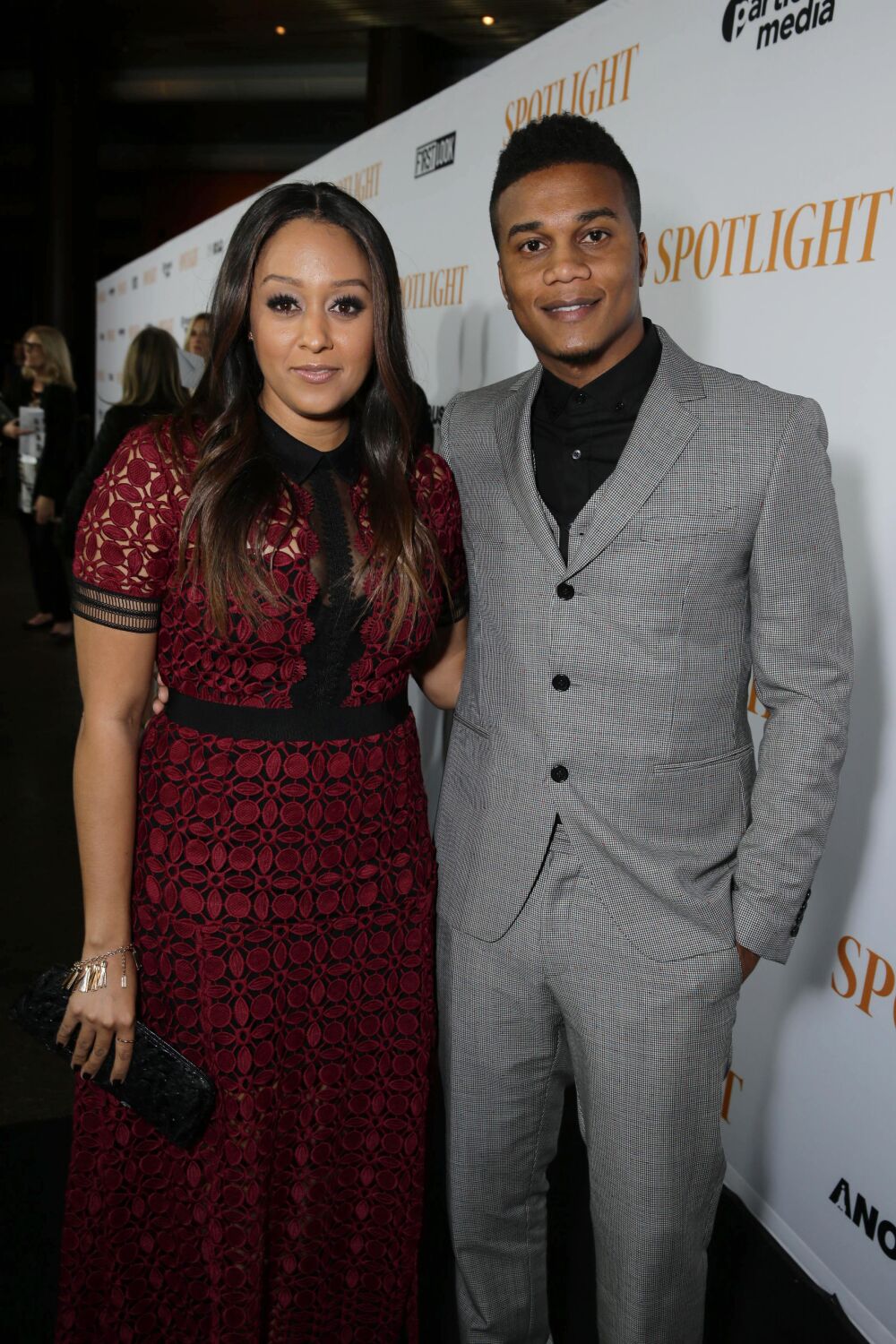 “I’ve always been honest with my fans and today is no different. I wanted to share that Cory and I have decided to go our separate ways. These decisions are never easy and are not without sadness,” Mowry, 44, wrote on Instagram on Tuesday.

“We will maintain a friendship as we raise our beautiful children together. I’m grateful for all the happy times we’ve had together and want to thank my friends, family and fans for their love and support as we begin this new chapter in our lives,” she added.

Her caption, which accompanied an emotional photo of her and Hardrict, garnered positive comments of support from actors Ashley Blaine and Taraji P. Henson, TV host Daphne Oz and thousands of fans.

Mowry filed a petition for divorce in Los Angeles Superior Court with famed divorce attorney Laura Wasser on Monday, according to court documents reviewed by The Times.

The Game and Mistresses alum cited “irreconcilable differences” as the reason for the split, but didn’t give a date for their split. Mowry filed for joint physical and legal custody of their two children – Cree, 11, and Cairo, 4 – and asked for the termination of spousal support for her and Hardrict. She noted that they have a prenuptial agreement and keep their property separate.

The couple met in 2005 while filming the slasher film Hollywood Horror with Mowry’s twin sister and frequent co-star Tamera Mowry. The host of the cooking show Tia Mowry at Home and Hardrict got engaged on Christmas Day 2006 and married two years later at the Four Seasons Resort the Biltmore Santa Barbara, according to People.

Mowry gave their marriage date as April 20, 2008, but did not give a date of their separation in her file.

Hardrict, 42, whose notable projects include American Sniper, The Chi and SWAT, has not yet responded to the petition or the social media announcement. However, he shared an Instagram post with the cryptic message: “Acting on emotions will cost you every time.”

Mowry shared a similar thought on her Instagram story, posting a quote: “Letting go can be painful. But it won’t hurt as much to hold on to an illusion.”