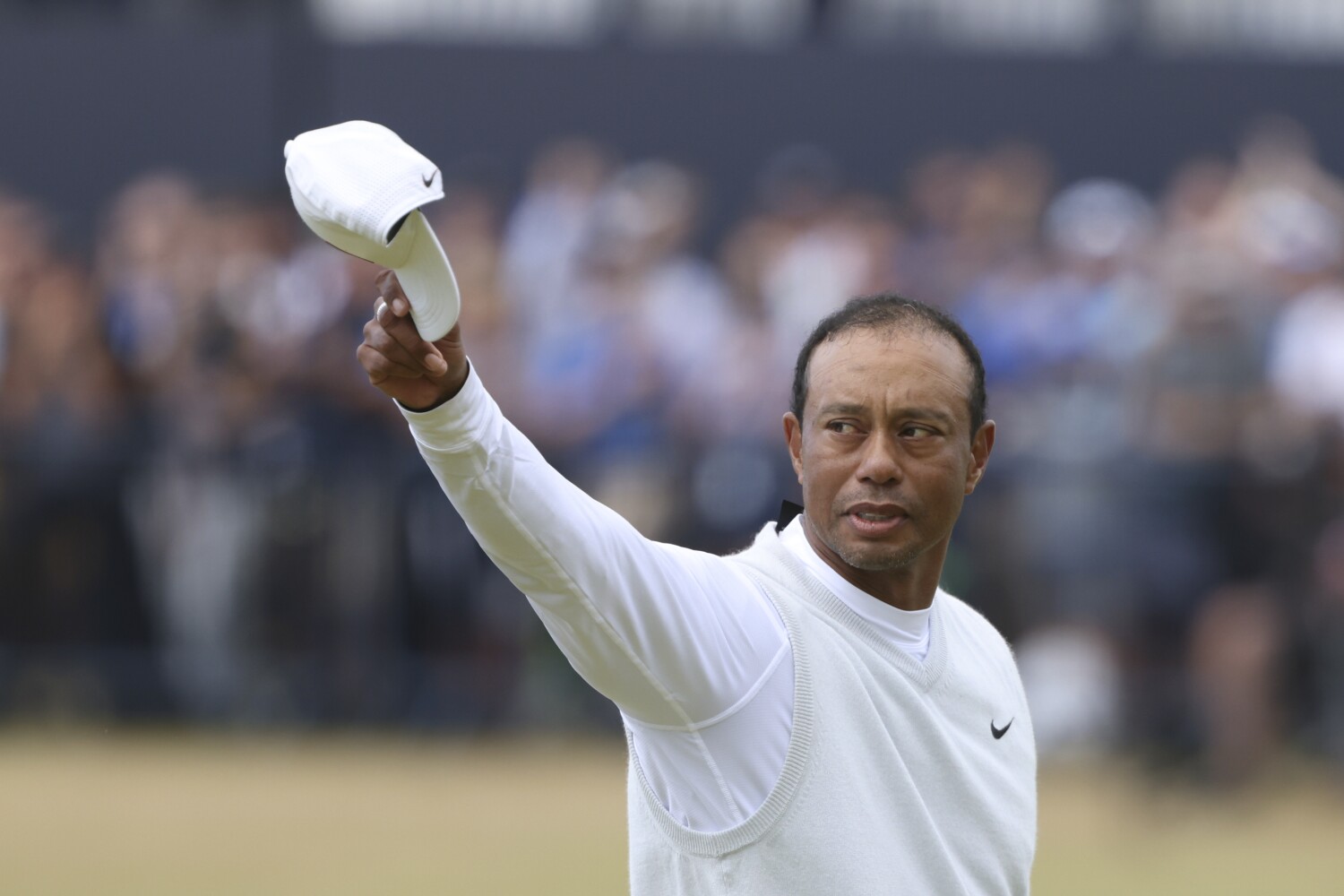 The cap came off as Tiger Woods crossed the Swilcan Bridge one last time and as he walked up the 18th fairway again the cheering rose to a roar and people filled every window and balcony of the Harry Potter-like buildings behind the green .

The Old Course was Friday like a giant shoe box, tipped on its side and knocked a few times. Everyone huddled in the corner of golfer’s heaven to watch Woods play his last hole of an Open Championship being held here at his favorite course.

Woods followed a disastrous opening round of 78 with a 75. He thought he’d have to shoot 66 to make the cut.

It was clear from the start – two bogeys on the first six holes – that that wasn’t going to happen.

Still, that wasn’t the reason why tears welled up in his eyes at this final farewell.

“For me it felt like this was my last British Open here in St Andrews. And the fans, the ovations and the warmth, it was an incredible feeling.”

Not only is Woods a 15-time major championship winner – including two at St Andrews – he’s a golf history student. The magnitude of the moment did not escape him.

“I understand what Jack and Arnold went through in the past,” he said, referring to Jack Nicklaus and Arnold Palmer. “I kind of felt that way at the end. And only the collective warmth and understanding. They understand what golf is all about and what it takes to become an Open champion.

“And I’ve been lucky and fortunate to have won this twice. And it felt very emotional just because I just don’t know what my health is going to be like. And I feel like I can play future British Opens but I don’t know if I can play long enough that I will still play when it comes back here?

He also felt the respect of his competitors. Rory McIlroy tipped him off as they crossed on the course, and Justin Thomas did the same.

By all indications, Woods is done for the year. He previously played in two tournaments, both majors. He finished the Masters in 47th place and retired after the third round of the PGA Championship due to foot and leg pain. Just last year, he nearly died in a rollover accident on a steep section of Hawthorne Boulevard on the Palos Verdes Peninsula.

When asked what’s next on his calendar, he said: “I have nothing, nothing planned. Zero. Maybe something next year. I do not know. But nothing in the near future. That’s it. I was just hoping to play that one event this year.

“And again I was lucky enough to get three events. And they are all majors. So I feel very fortunate that things have turned out this way and I’ve gone through the struggles to get to this point.”

“That’s just got to him a bit”

Fifteen years later, ‘Giving him the business’ lives on