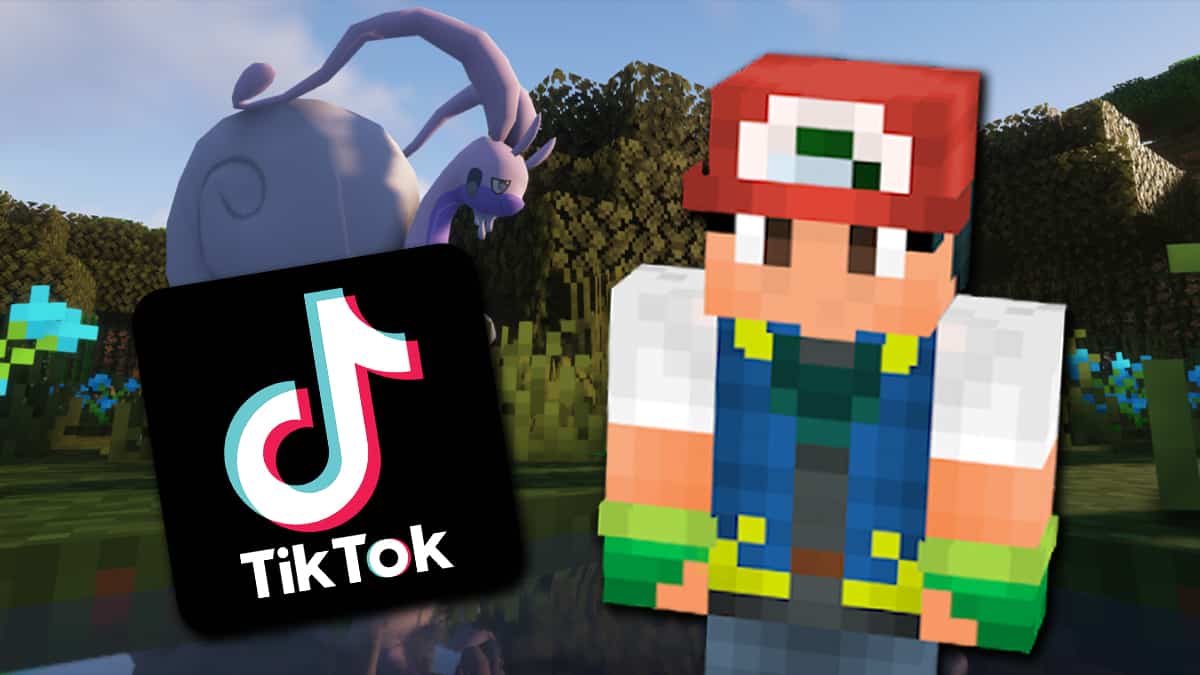 A TikToker has gone viral after starting his journey to build every Pokemon region in Minecraft to be played with the Pixelmon mod.

Minecraft is a game that allows for limitless creativity, offering players over 700 block types to bring their wildest dreams to life. And thanks to the game’s active modding community, the possibilities in Minecraft truly become endless.

A fan favorite mod that has seen immense popularity over the years is Pixelmon. It allows players to enjoy the thrill of catching and battling Pokémon while also being able to craft items and build structures.

Given the massive success of both franchises, combining the two is a gold mine for content creators. And a TikToker has big ambitions as he plans to recreate every region from the Pokemon world in Minecraft.

Each Pokemon region has been recreated in Minecraft

TikTok creator thechunkyhippo announced the launch of his massive project on July 16th. The plan is to build each individual Pokemon region into a single playable Minecraft world, which can then be used with the Pixelmon mod.

Since then, hippo has released an update video or two a day showing the progress of the map. At the time of writing he has made it from Pallet Town to Mt Moon. This includes cities, routes, buildings and caves.

The Minecraft and TikTok Pokemon communities quickly found the Chunkyhippo and made his project viral. Several users are already planning to launch Minecraft Pixelmon servers from the map.

In terms of scale, Hippo stated that he’s “eyeing” the map at the moment, but that every two steps in a Pokémon game is about five blocks in Minecraft. He also explained that there are ways to limit what Pokemon can spawn in different regions and that he’ll decide which method works best for the map.

The map creation process will be live streamed on both Twitch and TikTok Live. And in the Mt Moon video, Hippo states that there is a discord for his community that provides more frequent updates.

Thechunkyhippo plans to stream over the weekend (Friday-Sunday) when possible, and a new TikTok will be posted with every new entry on the map.

https://www.dexerto.com/pokemon/tiktoker-sets-out-to-build-every-pokemon-region-in-minecraft-pixelmon-1881243/ TikToker sets out to build every Pokemon region in Minecraft Pixelmon