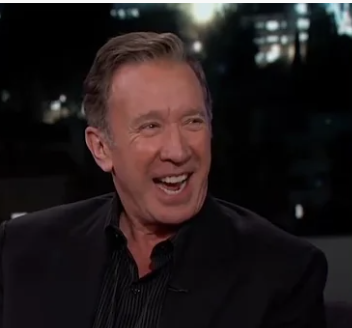 Tim Allen has given his opinion on the Toy Story spin-off titled Lightyear.

Lightyear was an attempt to tell the origin story of Buzz Lightyear, but the film flopped at the box office according to sales figures. That being said, Tim had a lot to say about a character he’d played for so long.

But when it came to giving his opinion on the film, he was far from impressed. In an interview with Extra, he said: “This is a whole new team that really had nothing to do with the first films. There really is no Toy Story buzz without Woody. It just doesn’t seem to have any connection to the toy.”

Despite this, Tim’s replacement is in the film (Chris Evans) made it clear that he was influenced by how Tim approached the character. Though the plot flattered to deceive, Chris made sure to infuse the spirit Tim left in the character.

And yet the film had to stand out from its predecessors. Because otherwise you would have immediately drawn comparisons with the originals.

In some previous comments, Chris noticed: “The character in this film is the human version that the toy is based on, so luckily for me it makes sense to have a bit of overlap. What Tim Allen did was pretty untouchable.”

Fans on social media weren’t surprised by Tim’s comments. Ultimately, people felt that this was a novel approach to the Toy Story films. And by focusing on standalone projects, it took away from the original character that Tim had made his own.

A person wrote: “I really don’t think he wants anything to do with it.” Each film must be judged on its own merits, but for Tim it’s pretty clear where he stands. So there you have it folks. What did you think? Do let us know your thoughts in the comment section below.