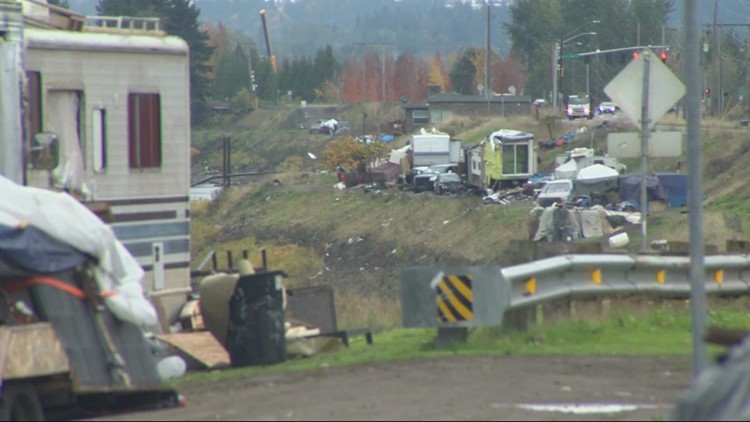 Are we talking about Portland…Oregon?

PORTLAND, Oregon — Let’s face it. Portland’s reputation on the national stage has taken, shall we say, a minor blow in the last two years. If you believe certain cable television news channels, you think that Portland is a city of “endless turmoil” that is at its “breaking point” and abuse is becoming the “daily norm.”

The Trump administration described the rose city as an “anarchist jurisdiction.” Those of us who live here need constant reassurance to our loved ones outside of the city that the city is not currently on fire.

While this town is far away, you know all that…there are still very real, very pervasive issues that are hard to miss for anyone who spends more than five minutes here, and Portland’s less-than-stellar reputation isn’t entirely undeserved.

Thousands of people live in poverty and are forced to survive outside in inhumane conditions. Increasing shootings and murders plague parks, streets, and restaurants. People of color become targets of violent, racist hate crimes. Extremist groups play war games in the streets. Businesses are packing up and moving to the suburbs, trash and graffiti pile up, and the KGW inbox fills up each day with the frustrations of those who live and work here and are fed up.

When TIME named Portland one of the “World’s Greatest Places of 2022” this week, some of us were surprised. Are we all talking about the same Portland? Portland… Oregon?

RELATED: Portland bar named one of the top 50 in North America

“I have visited Portland many times throughout the pandemic,” said TIME article author Sucheta Rawal. She last visited Portland on the weekend of July 4th. “Portland is great any time of the year, in the summer when all the flowers are in bloom and the weather is so perfect. It was really great.”

Rawal, who also loved her visits to the Portland Japanese Garden and the International Rose Test Garden, was struck by the idea of ​​Portland as an inclusive oasis, particularly when it comes to food. “I tried every type of cuisine in a four-day course – from Australian to Malaysian, Thai, we had Filipino to Sri Lankan to Scandinavian. You name it, everything was there.”

It was more than kitchen availability, Rawal said. That’s how they were treated.

It’s the idea of ​​inclusivity that led Rawal to name Portland as one of TIME’s Greatest Places. “All Are Welcome” is the subtitle of the article touting renovations at Portland International Airport that include a sensory space for people with autism and anxiety.

“Among other things, what we’re looking for is what’s new, what exciting experiences people can have, and is the city thriving? Is it growing or changing in any way?” Rawal said. “In Portland, one of the things I wrote about was recreation and inclusivity, creating that balance between growing as a city but also including everyone.”

“Inclusive for all” is a big claim in a city where, according to the MIT Living Wage Calculator, you would need to earn more than $60,000 to live comfortably. It is a city where demand for affordable housing far exceeds availability, a city with a long history of racism and abuse towards the mentally ill. But Rawal said she’s never felt unsafe herself when she’s in downtown Portland walking around late into the night, and that it’s refreshing to see the city from an outsider’s perspective.

“Sometimes when I tell people I’m going to Portland, the first thing they tell me is what they heard on the news. But I’ve traveled to so many places and I get the same question when it’s not Portland. It can be Mongolia. It can be the Middle East. My job as a travel writer is to actually go there. Things happen everywhere, but it’s not until we go there and experience it that we really know what’s really going on.”

Portland is a city that could certainly use a morale boost, and Portland Mayor Ted Wheeler was more than happy to take on the W, tweeting that he “couldn’t agree more” labeled TIME.

https://www.king5.com/article/features/time-names-portland-one-of-greatest-places-in-the-world/283-8dacea00-ea7f-4170-b0e5-b569eb69ac35 TIME names Portland one of ‘Greatest Places in the World’