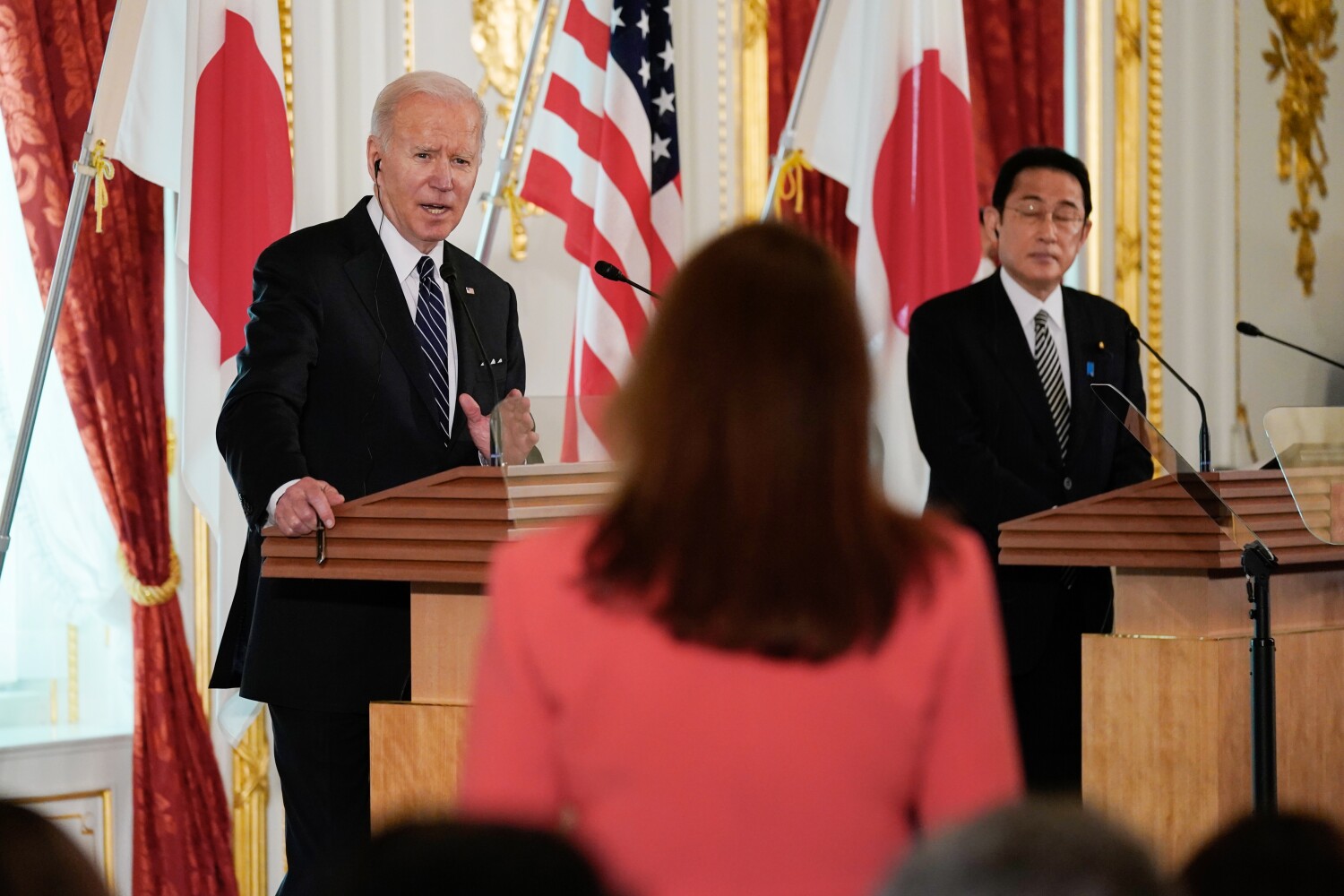 Last week, in an unscripted moment, President Biden bluntly warned that the United States would defend the island if China invaded Taiwan.

“We made a commitment,” Biden told reporters at a news conference in Tokyo.

US policy towards Taiwan does not say that – at least not officially.

The White House and State Department rushed to retract the President’s words.

Biden critics called it a slip, but the statement wasn’t a slip of the tongue. Biden has used the same language over Taiwan three times in nine months. When a president offers his personal version of the policy three times in a row, it’s pretty much official — even if it hasn’t been released in a formal communiqué.

What Biden did was openly state what has been implicit for several years: The United States is willing to threaten violence to stop China from invading Taiwan.

Until now, these cues have been embedded in a policy known as “strategic ambiguity.” The President made it less ambiguous.

The China hawks hailed the rhetorical shift as a welcome burst of clarity. Others feared this could provoke reckless action by China.

The Chinese reaction was anger.

“If the US continues down the wrong path, there will be irreversible consequences … and the US will have to bear an unbearable price,” Foreign Ministry spokesman Wang Wenbin warned.

Why such a storm about the word “engagement”? A little history can help.

China regards Taiwan as part of its state territory, as did for many years the rulers of Taiwan, the US-backed losers in China’s civil war who fled to the island when the communists took power in 1949.

When President Carter recognized Beijing as China’s sole legitimate government in 1979, Congress passed the Taiwan Relations Act. It obliged the United States to supply arms to the island’s government. However, it did not oblige the United States to intervene militarily against a Chinese invasion; that remained ambiguous. The idea was to deter China without directly opposing its bid to reintegrate Taiwan.

This balance was relatively easy to maintain when China was weaker.

But over the past two decades, China has emerged and become a confident regional power: by building military bases in the South China Sea, harassing weaker neighbors like the Philippines, and harassing Taiwanese forces with air and sea strikes.

Chinese officials have derided the United States as a declining power. After the chaotic US withdrawal from Afghanistan last year, one of Beijing’s official newspapers said the lesson for Taiwan is that “if war breaks out, the US military will not come to help.”

It was at this point that Biden publicly said for the first time that the United States had an obligation to defend Taiwan, similar to the US obligation to its allies in the North Atlantic Treaty Organization.

His intention was as clear then as it is now: to make China’s President Xi Jinping think before he considers an invasion.

But in so announcing the engagement, he caused consternation in his own foreign policy bureaucracy.

“I don’t think the confusion is helping,” said Bonnie S. Glaser, director of the Asia program at the German Marshall Fund.

Glaser supports the goal of stopping China from invading Taiwan, but said it’s not clear if Biden’s warnings would do that.

“What will deter China and what will provoke China? It’s not clear if we know,” she said. “The Chinese believe that we will test their bottom line to see if they will react if we touch on one of their core interests like Taiwan. If they think we’re encouraging [Taiwan to declare] independence, they may well be tempted to use force.”

It’s also not clear if the United States could defeat a Chinese invasion. China’s navy is the largest in the world, although its ships are smaller and less sophisticated than those of the US and its allies. A 2018 study commissioned by Congress warned that the United States “could have a hard time winning, or maybe losing, a war against China.”

So Biden has a lot to do to maintain his commitment to Taiwan. He has already mobilized support from Japan, Australia and other allies. His government has urged Taiwan to improve its defenses, learning lessons from Ukraine’s success in repelling a larger invader. And Secretary of Defense Lloyd J. Austin III is expected to seek additional forces in the Pacific.

Paradoxically, even as Biden increases deterrence, he must reassure China that the United States is not secretly encouraging Taiwan to declare independence. That means reaffirming the “one China” policy, which he only touched on last week, and assuring Xi that he means business when he says he doesn’t want to change the status quo.

If he can do all that, last week’s unwritten statement could one day be remembered as a step toward deterring a war in Asia — not as the moment when Biden inadvertently provoked one.

https://www.latimes.com/politics/story/2022-05-29/to-deter-china-on-taiwan-biden-also-needs-to-reassure To deter China on Taiwan, Biden needs to reassure

Exports, the Engine of China’s Slowing Economy, Are Sputtering