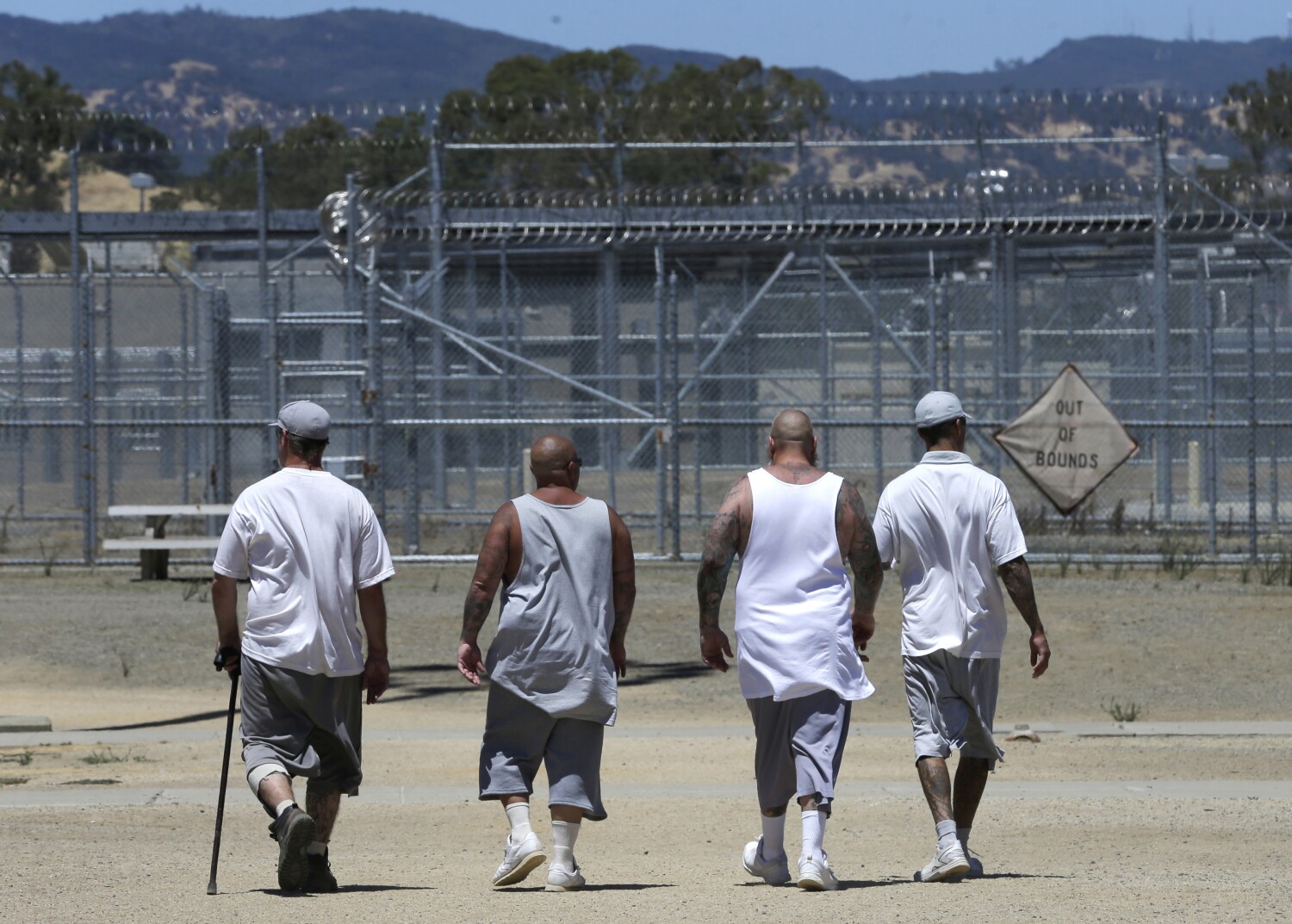 The dozens of people huddled in a south Los Angeles room fell silent as mayoral candidate Rick Caruso grabbed the microphone. Then ecstatic as he neared the crux of his stump speech.

“Crime is at an all-time high,” he began, drawing nods and a few murmured “Amen.”

“I drew some numbers that I got. I wrote them down because I want to make sure they’re right, because they’re so gorgeous,” Caruso continued, rattling off statistics on murders and shootings without context or citation. “I’m sorry. It’s out of control. We need to fix it.”

One would think that such vague anti-crime rhetoric would have lost its appeal by now in California — particularly in Los Angeles, where the latest polls show Caruso lags far behind his more progressive opponent, Rep. Karen Bass. And yet it clearly hasn’t.

Politicians across the state continue to soften an anxious public, straddling opposite sides of the ideological spectrum to talk about crime reduction, while often shying away from concrete, sustainable solutions.

Examples of this abound. But right now, there is nothing more egregious than Gov. Gavin Newsom’s apparent reluctance to support the sensible legislation of another Democrat, Sen. Sydney Kamlager of Los Angeles.

Her Senate Bill 1304, approved by the Legislature and awaiting Newsom’s signature, would increase the amount of money the California Department of Corrections and Rehabilitation gives people when they are released from prison.

Right now that amount is a paltry $200 — a total that hasn’t changed since 1973. That was four years before I was born, when gas was 39 cents a gallon and the average home price in California was $31,460.

Kamlager’s bill would increase this so-called goal fee to $1,300 per ex-prisoner. And then, starting in 2024, that amount would increase to keep up with inflation. According to her employees’ back-of-the-napkin calculation, that would initially add up to about $42 million a year, a jump from the $8 million currently coming out of the state’s general fund.

Those who work in crime prevention and intervention all say the same thing: the first few days after release from prison are the most critical. Whether they stay out of trouble or return to crime often depends on resources.

how much money they have How much support they get from family and friends. Do they have an apartment?

“Most people think of gate money as a reward for a criminal for completing their sentence, rather than a very simple safety net that actually mitigates recidivism,” Kamlager said.

Pay for pants, a shirt, and a pair of shoes to wear upon exiting the prison. Spend $60 on a bus fare home when no one can take you—a common occurrence when so many urban people are incarcerated in far-flung rural jails. Spend a little more on a new driver’s license and social security card. Maybe a motel room.

Suddenly everything is gone. And then what?

“And then you demand that they succeed, stay out of trouble, and not engage in the same behavior that might have locked them in in the first place,” Kamlager said. “It’s just a formula that doesn’t make sense.”

Tim Kornegay has been waiting for politicians to find out. As director of LIVEFREE California, a criminal intervention and advocacy coalition, he spends his days in Los Angeles speaking to black and Hispanic men who are trying in vain to make that $200 work.

“It’ll be $10 in a few hours and then the desperation sets in,” he told me. “And then people start to get scared. So if you’re asking what I’m hearing from people with those $200 who don’t have a support system, it’s fear. It’s ‘What should I do?’”

None of the vague, criminal rhetoric poured out by politicians can answer that question. Kornegay knows because he was presented with $200 seven years ago.

“It will allow an individual to breathe. I know I can sit down and buy some pants and some shoes and a shirt. Take a hotel room for a few days until my aunt my mom come back from vacation. I’ll be fine again.”

Additionally, it will give formerly incarcerated people a “glimmer of hope to take them beyond despair to a point where they feel comfortable trying to figure out how to be a free person.”

As much as politicians in California talk about reducing crime and supporting criminal justice reform, they don’t do either unless they help ex-convicts return to society without re-offending just to make ends meet or avoid homelessness.

And yet, as of this writing, no money has been set aside for Kamlager’s bill. Not from the state general fund and not from the budget of the California Department of Corrections and Rehabilitation.

The senator expects Newsom to remedy the situation.

“We find all kinds of ways to fund all kinds of other things,” Kamlager told me. “I would think it would make sense for us to find a way to give people a little bit of extra money when they leave so they don’t come back.”

I am inclined to agree. Given California’s massive $300 billion budget, $42 million isn’t much.

Kornegay, who proudly speaks of registering South LA residents to vote for Newsom when he was running for governor, holds hope.

“You can’t turn someone into a criminal out of desperation and lack of economic opportunity,” he said, “and then punish them for acting in a way that you know will happen.”

Bradley, Rendon continue to progress as Angels rally over Tigers

Russian Soldiers Shot Three Brothers and Threw Them in a Ditch. One Survived.

A eulogy for Sheriff Alex Villanueva after his election loss