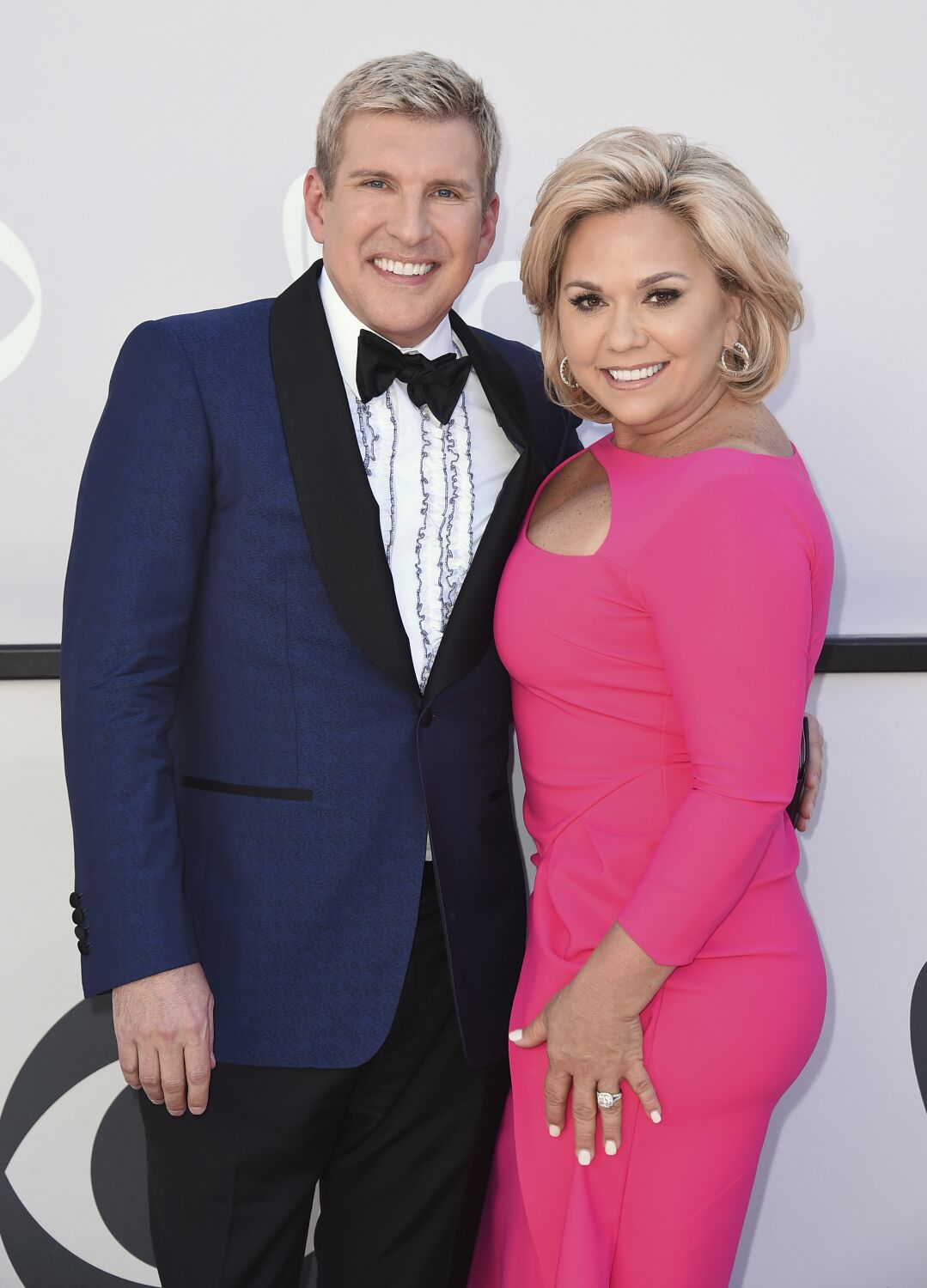 Todd Chrisley and Julie Chrisley traded airtime for jail time as the reality TV stars were reported Tuesday for serving years in prison.

Todd Chrisley will serve 12 years, including 16 months on probation, at Federal Prison Camp Pensacola, Sunshine State. However, his wife Julie will be serving her seven-year sentence with 16 months probation in another state.

Julie Chrisley was originally scheduled to serve at Florida’s Federal Correctional Institution Marianna but will now serve time at the Federal Medical Center in Lexington, Kentucky, according to legal documents reviewed by The Times on Tuesday. It was unclear if she would serve her entire term in Kentucky.

A legal representative for the TV stars did not immediately respond to the Times request for comment on Tuesday.

Hours before the couple surrendered on Tuesday, Todd Chrisley reportedly found support in religion and with her children. Monday night, the reality star reportedly posted an Instagram post noting, “HE is always on time.”

According to multiple reports, the video featured Karen Peck & New River performing their song “Four Days Late” at a church.

Peck also commented, writing, according to People, “Our prayers are for you Julie and your family.”

“A thousand fall at your side, and ten thousand at their right; but it (evil) shall not draw near to you,” says the biblical article. “Thinking of the Chrisley family tonight.”

Prosecutors claimed the reality stars presented fake documents to banks when they applied for loans to keep their expensive lifestyles going. Julie Chrisley allegedly filed a false credit report and bank statements while trying to rent a home in California. Prosecutors added that the couple refused to pay rent for several months after they took up use of the home.

https://www.latimes.com/entertainment-arts/story/2023-01-17/todd-chrisley-julie-chrisley-start-prison-sentences Todd and Julie Chrisley go to prison with the love of children

I’m 30 but people think I'm much younger - men pat me on the head thinking I'm a kid, it's not a compliment & I hate it