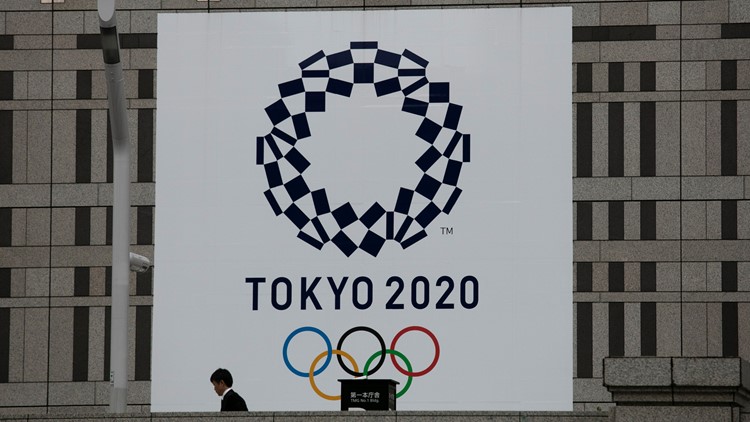 The final price tag for last year’s COVID-delayed Tokyo Olympics has been put at $13 billion, the organizing committee said in its final act before it is dissolved.

TOKYO (AP) — The final price of last year’s COVID-delayed Tokyo Olympics was estimated at US$13 billion (Japanese yen 1.4 trillion), the organizing committee said in its final act on Tuesday before it ended of the month is dissolved.

The cost was double what was projected in 2013 when Tokyo won the Games. However, the final price that organizers have presented is lower than the $15.4 billion they predicted when the Olympics ended just under 11 months ago.

“We made an estimate, and the estimate came out lower than expected,” Tokyo Organizing Committee CEO Toshiro Muto said at a news conference through an interpreter. “Whether that’s huge overall or not — when it comes to these kinds of conversations, it’s not easy to assess.”

Accurately tracking Olympic expenses — who pays, who benefits, and what is and isn’t the expense of the Games — is a maze that’s constantly moving. The one-year lag added to the difficulties, as did recent fluctuations in the exchange rate between the US dollar and the Japanese yen.

Victor Matheson, a sports economist at the College of the Holy Cross who has written extensively on the Olympics, suggested to the AP via email that most “expenditures and income are in yen, so the change in the exchange rate doesn’t affect the dollar amounts as the event feels to the organizers.”

Matheson and fellow American Robert Baade examined the costs and benefits of the Olympics in a study called Going for Gold: The Economics of the Olympics. They wrote that “The overwhelming conclusion is that the Olympic Games are, in most cases, a monetary loss for the host cities; they only result in positive net benefits in very specific and unusual circumstances.”

Muto said there were savings due to the lack of fans, which reduced security costs and the venue’s maintenance costs. He spoke vaguely of “pushing down” costs and “simplifying” operations to achieve the reductions.

However, organizers lost at least $800 million in ticket sales revenue due to fans being suspended due to COVID. Muto cited “unsubstantiated” reports before and after the postponement that the cost could reach $25 billion.

There is one undeniable fact: Japanese government agencies, primarily the Tokyo Metropolitan Government, covered about 55% of the total cost. This amounted to about $7.1 billion in Japanese tax dollars.

The organizing committee’s privately funded budget was approximately $5.9 billion. The International Olympic Committee contributed $1.3 billion to this budget, with the largest contribution of $3.4 billion coming from local sponsors. Organizers also listed $500 million in proceeds from an unspecified “insurance payout.”

Tokyo was the most expensive Olympics ever, according to a 2020 Oxford University study.

In the years leading up to the Olympics, government audits indicated that official costs may have been much higher than stated.

It’s impossible to gauge the long-term impact of the Tokyo Olympics, especially in a sprawling city like the Japanese capital that’s constantly changing. The pandemic wiped out any short-term jump in tourism. Local sponsors, who paid $3.4 billion to tie into the Olympics, didn’t seem too happy, according to local reports.

Dentsu Inc., the giant Japanese advertising and PR company, may have benefited. It managed marketing for Tokyo 2020, received commissions for line-up sponsors and has been linked to an IOC vote-buying scandal surrounding Tokyo receiving the Games.

The scandal forced the resignation of Tsunekazu Takeda, an IOC member who also chaired the Japan Olympic Committee, in 2019. He denied any wrongdoing.

The games were plagued by other scandals, including the resignation of Yoshiro Mori, the president of the organizing committee, who made sexist remarks about women. The former Japanese prime minister resigned five months before the games started.

“I was stunned, surprised – it was so unexpected,” Muto said when asked about Mori’s departure. “I had a really hard time dealing with the situation.”

Tokyo described itself as a “safe pair of hands” when it bid for the 2013 games.

Tokyo will also be remembered as the first games to be postponed by a year and then mostly played without fans in a so-called bubble.

The most important legacy is certainly the $1.4 billion National Stadium, designed by Japanese architect Kengo Kuma. Despite being a new venue, it fits seamlessly into its central location.

“The goal should be that the cost of hosting is offset by benefits, which are shared in a way that includes ordinary citizens who fund the event with their tax dollars,” Matheson and Baade wrote. “In the current constellation, it is often much easier for the athletes to win gold than for the hosts.”

Galaxy see MLS regular-season finale vs. Houston as a must-win

Yankees eliminate Guardians to set up ALCS showdown vs. Astros