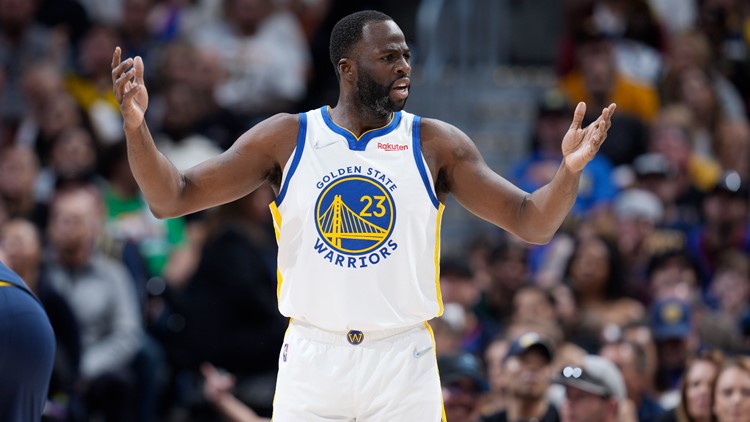 The Warriors land three players in the top ten of our Top 50, while other young rising stars are cracking the list for the first time and trying to make a bigger step.

We’re less than a month from the start of the 2022-23 NBA season, and with that, the Locked On Podcast Network releases a unique NBA Top 50 Player List for 2022-23 this week.

Locked On has partnered with bookmaker BetOnline to rank and rank the top 50 NBA players based on how they affect the spread, or bet line, for their team when not playing.

BetOnline took the top 50 players moving those lines the most. So they took the top 50 players who would move the lines and ranked them out. We’ll be sharing them on the Locked On NBA podcast later this week as our local experts across the country talk about a leaderboard for each player on the list who plays for the team they cover.

Locked On Pacers host Tony East: “Haliburton may be young and unproven, but he’s on his way to becoming an All-Star pretty soon. He’s the only player to average 15 points, eight assists and 40% of three per game in one of his first two seasons. He will soon be in the All-Star talk as one of the most influential offensive players in the NBA.”

Locked On Raptors host Sean Woodley: “This is a good placement for a player just entering their second NBA season. However, the reigning Rookie of the Year is actually lower on that list than Cade Cunningham and Evan Mobley, who finished second and third in this Rookie of the Year run.”

Locked On Celtics host John Karalis: “At 48, I’m a little surprised to see Marcus Smart on this list, but I’m delighted to see the reigning Defensive Player of the Year being recognized for his influence. Not only is he one of the best defensemen in the NBA, he’s also a great offensive point guard. He’s extremely valuable to the Celtics.”

Locked On Raptors host Sean Woodley: “VanVleet’s 46th place on this list is probably not particularly representative of the player VanVleet achieved at its peak. Point difference outside the square. His season was derailed by a second-half injury and that might be why we find him here at 46.

Locked On Warriors host Cyrus Saatsaz: “Draymond Green should be ranked much higher. There are some players above him who shouldn’t be. Green is a four-time world champion, former Defensive Player of the Year and truly a unique player between his incredible defense and his ability to play in every position and guard every position .”

Locked On Warriors host Cyrus Saatsaz: “Andrew Wiggins was a starter for the Western Conference All-Star team last year. It might not have been a monster season on average, but he was incredible in the playoffs and was instrumental in helping the Warriors to a Finals win at both ends. Expect more great things from him in an upcoming contract season.

Locked On Thunder host Rylan Stiles: “Shai Gilgeous-Alexander should be at least in the top 40. He is clearly one of the most valuable players in the NBA. While he’s not in contention for an MVP, his value to the Thunder is insurmountable. This Thunder team goes like SGA. The difference between standing on and off the ground is huge. He can pull this team to victory himself.”

Locked On Nuggets host Matt Moore: “Jamal Murray’s impact on the win isn’t reflected in BetOnline’s NBA Top 50 list. Jamal Murray is ranked extremely low. He missed last season with a knee injury. He’s among a handful of players that he didn’t should be. Jamal Murray wins basketball games and big basketball games. The Nuggets have won 62% of their games with Murray in the lineup since 2018-19.”

Locked On Kings host Matt George: “When it comes to semi-judicial offensive, it will be almost exclusively through Sabonis. He puts up numbers second only to Nikola Jokic as a big man in the NBA. Kings will constantly lean on him as presenter. If he’s not out there, the Kings’ semi-court offense suffers a lot.”

🚨 Featured the NBA’s 50 Most Valuable Players for 2022-23 based on how they move their team’s betting lines, from BetOnline and Locked On!

We’re kicking off today with episode 50-41 on your Locked On NBA podcast feeds and YouTube!