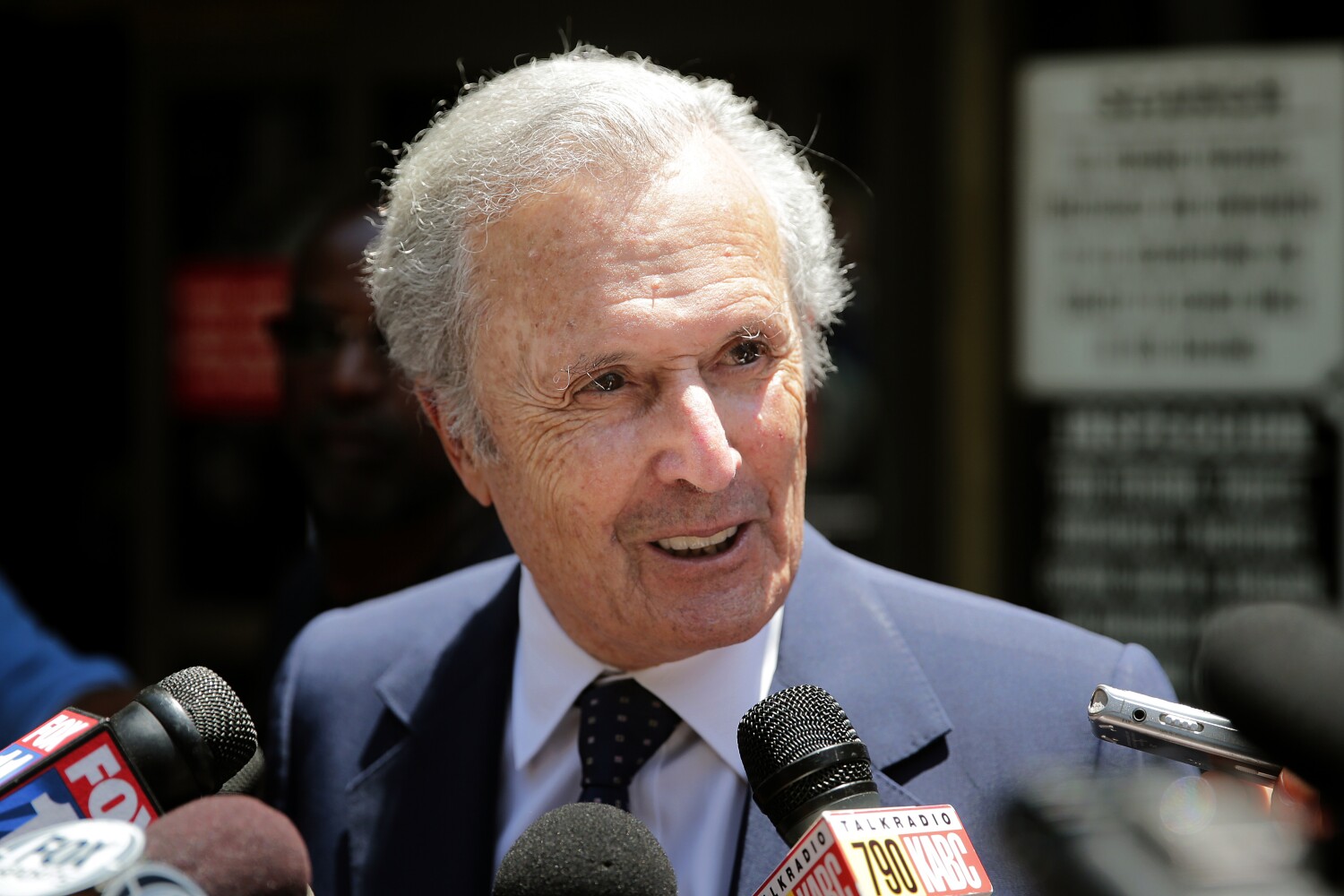 The attorney for Greenberg Glusker Fields Claman & Machtinger died at his home in Malibu attended by his wife, Barbara Guggenheim, a spokesman confirmed in a statement Monday.

Fields has fought landmark cases in the entertainment industry, including contract negotiations between George Lucas for the rights to the Walt Disney theme parks and Paramount Pictures in his Coming to America litigation. He successfully won a multi-million dollar judgment for Beatles star George Harrison against his former CEO.

“For forty years we have been honored with Bert’s brilliance, grace and charm,” said Bob Baradaran, managing partner of Greenberg Glusker, in a statement. “Bert was a beloved colleague, friend and mentor who trained a generation of outstanding lawyers.”

Known for his unflappable style in court, Fields has defended both studio executives and stars, and has consistently made top attorney lists.

He rose to legal fame representing media mogul Jeffrey Katzenberg in his $250 million lawsuit against The Walt Disney Co. for a portion of the profits from hits like The Lion King and The Little Mermaid. The case was settled in 1999 for an undisclosed amount.

Fields was also implicated in the controversial trial of private investigator Anthony Pellicano, who was sentenced to 15 years in prison in 2008 for illegal wiretapping and running a criminal enterprise. Fields was questioned by federal investigators about his use of Pellicano in his legal practice. He denied knowledge of illegal activities.

“Bert Fields was a gentleman; an extraordinary human being,” Cruise said in a statement. “He had a strong intellect, a sharp mind and a charm that made every minute of his company enjoyable. I loved him dearly and always will.”

Fields, also known as Bertram, was a prolific author, having written books about King Richard III and his portrayal as a rogue English ruler, and whether Shakespeare wrote the plays attributed to him.

After serving as a first lieutenant in the US Air Force during the Korean War, he began general law practice. He taught at Stanford Law School and lectured annually at Harvard.

Fields is survived by Guggenheim, a nationally known art consultant; his son James Elder; his grandson Michael Lane; and his granddaughter Annabelle.

US sanctions cryptocurrency mixer that allegedly laundered over $7 billion

‘Unprecedented’ on Discovery+: Why Alex Holder doc is a bust