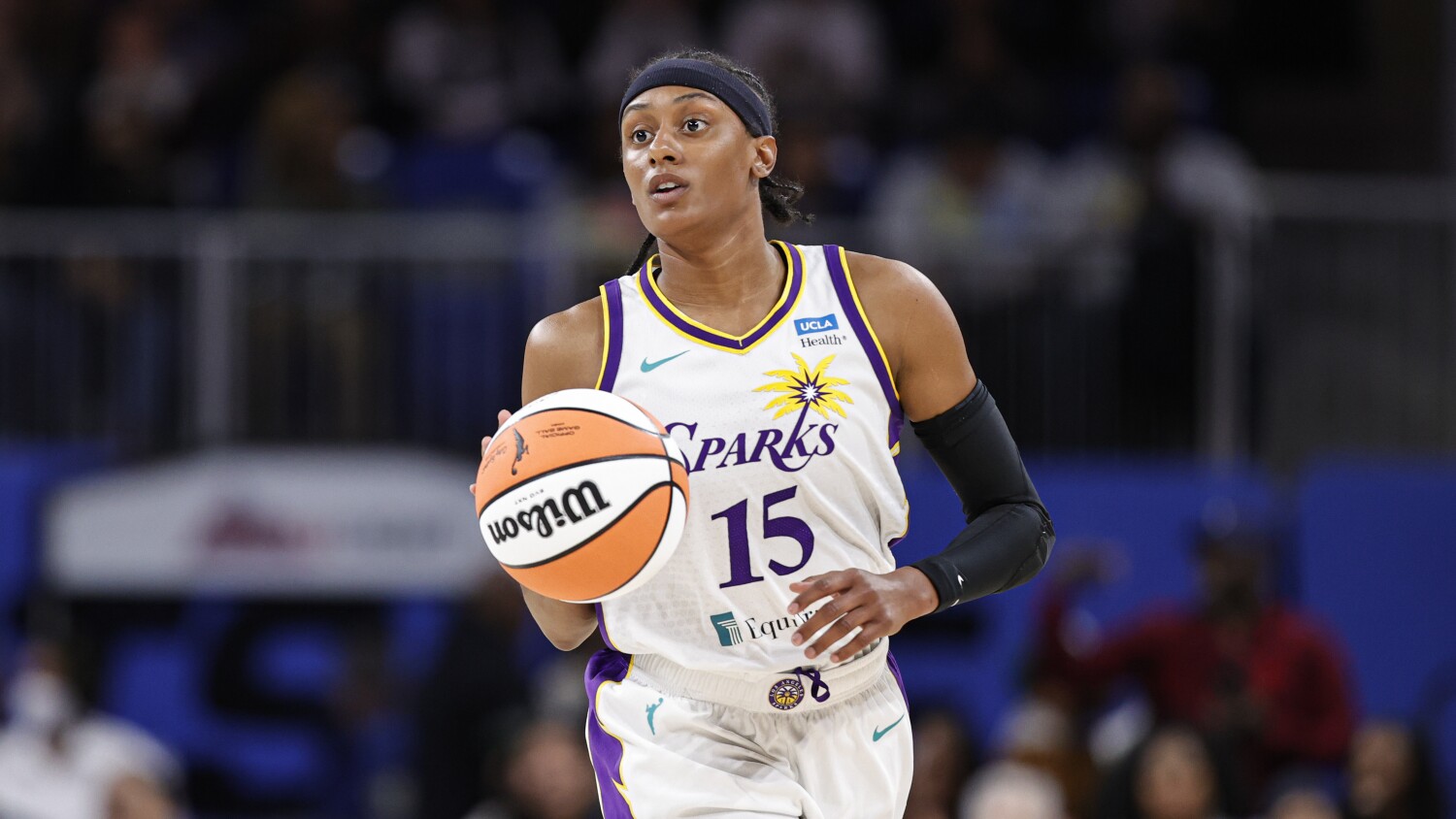 Latricia Trammell tried to get comfortable in her bed for the night. Far from a luxurious hotel room, the Sparks’ assistant coach inspected four leatherette seats in the airport terminal with cracked black upholstery and piping chipped around the edges.

“These players deserve better,” Trammell wrote on twitter at 1:45 a.m. in Washington DC as half of the Sparks team spent the night at the airport as their travel plans went awry after a 79-76 win over the Washington Mystics on Saturday.

The WNBA’s struggle with commercial flights continued when several Sparks players stayed overnight at the airport after their cross-country flight was canceled at 1 a.m. local time and rescheduled for 9 a.m. The players were offered rooms in several different hotels because there was not enough space in one place, but due to the location, the late hour and the early flight, some decided to sleep at the airport on Monday morning.

On Tuesday night, the Sparks were caught sleepwalking at Crypto.com Arena while their playoff hopes were at stake. The team posted a season-high 21 turnovers and was overtaken 40-23 in a 97-71 loss to the Connecticut Sun, leaving the Sparks (13-21) a game away from a playoff spot with two games left.

The Sparks have lost seven of their last eight games, an unfortunate late-season dip that interim head coach Fred Williams attributed to exhaustion. Nneka Ogwumike, who finished with 16 points, noted the team’s exhaustion.

“It’s about playing with the team, not the individual,” said Ogwumike. “When things get difficult it’s sometimes easy to concentrate more on my situation and I think we can do better in that next game on Thursday and also on Sunday.”

Even before the Sleepover saga, Williams said the tight travel schedule was one of the biggest frustrations of a disappointing season, along with constant injuries. The Sparks started the season with nine of their first 12 away games in what Williams called “one of the toughest schedules in WNBA history.” Added to this were flight delays and cancellations that have plagued all travelers this summer.

But the team remained focused on the goal of making the playoffs.

“It’s part of being a Spark right now,” Sparks guard Brittney Sykes said before the game. “We really don’t care. As long as we got back to LA safe and sound, it is what it is.”

In a statement she penned at the airport at 4 a.m., Ogwumike focused on the oft-repeated phrase as a “tired argument that has exceeded its reception.”

“It has become a phrase that hampers transformative growth in our league,” she continued in the statement posted to social media on Monday. “The numbers and trends suggest The W is a smart investment with a measurable return. New and emerging ownership groups have demonstrated the ability and eagerness to invest the resources necessary to grow this league in the areas where it is most needed.”

Ogwumike called for quicker action, allowing teams to charter flights throughout the 2022 playoffs and “proceed with common sense” during the 2023 season. She addressed this after Tuesday’s game by proposing an allocation of charter flights during the regular season.

The seven-time All-Star, who urged airlines to work with WNBA players, pointed to the changes since the WNBA and players’ association approved the latest 2020 collective bargaining agreement. The league expanded its regular season schedule to 36 games this season. most of all time for a WNBA season. But with the extended list, it’s being compressed into a 15-week regular season because of the FIBA ​​Women’s World Championship, which begins September 22 in Australia.

Sykes called it “2018 on steroids,” referring to the last time the WNBA compressed its season for the World Championship. She noted that there have been numerous injuries and back-to-backs in various cities throughout the league this season, adding to the difficult schedule.

Even without the time constraint of a World Cup or Olympics next year, the scheduling issues are unlikely to go away. The WNBA is already planning a 40-game season for 2023.