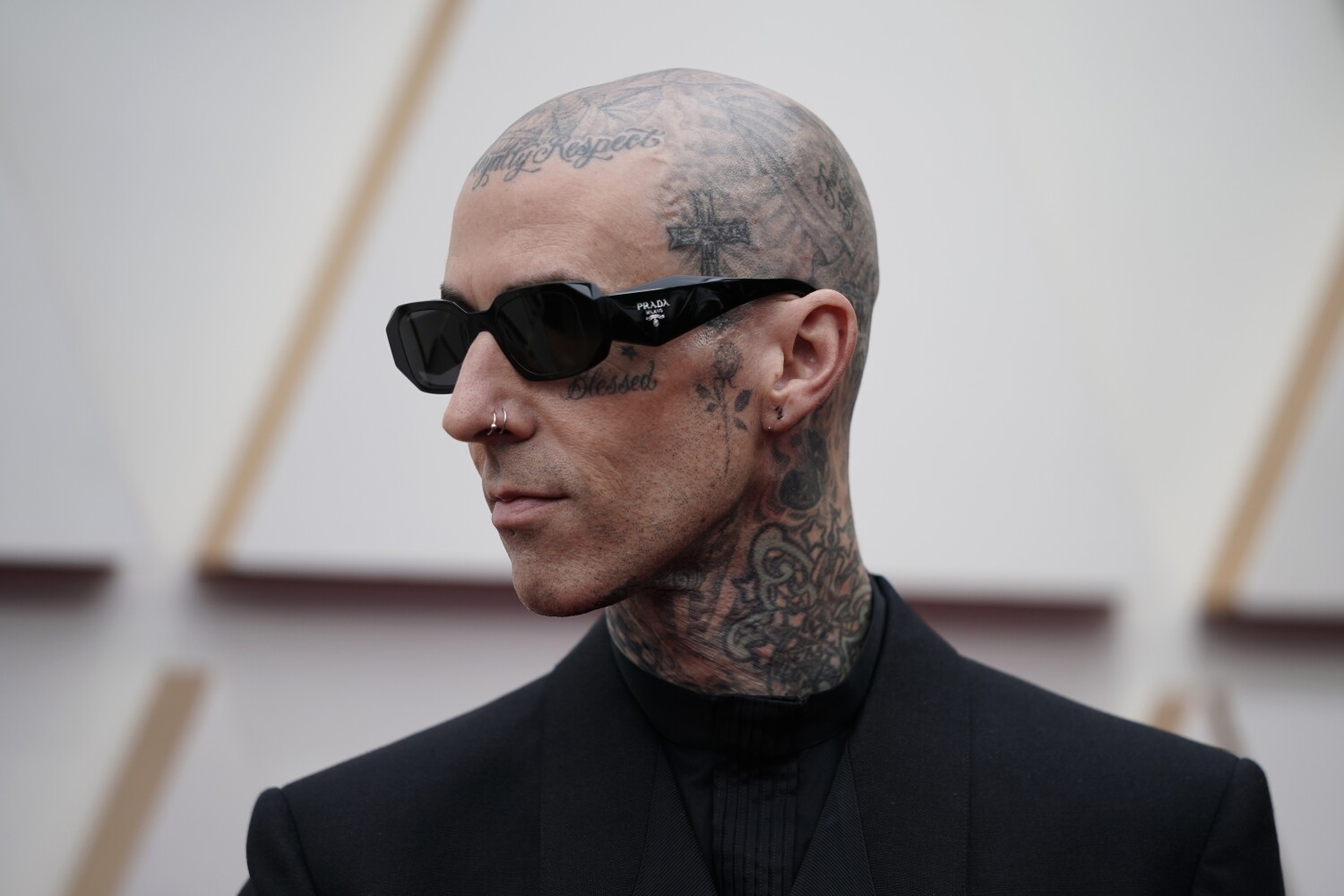 Blink 182 drummer Travis Barker, who was hospitalized Tuesday, is reportedly battling a bout of pancreatitis.

TMZ first reported Wednesday that the 46-year-old musician was hospitalized for an inflammation of the pancreas, which doctors believe was triggered by a recent colonoscopy.

Barker’s reps did not immediately respond to The Times’ request for comment on Wednesday.

According to Entertainment Tonight, the drummer – who recently married Kourtney Kardashian – was “ill and had a lot of stomach pains, and that was really worrying for him and Kourtney.”

“They called 911 and he was taken to the hospital. After speaking to Travis and running tests, doctors said Travis had pancreatitis,” a source told ET.

According to the Mayo Clinic, pancreatitis is the inflammation of the pancreas. Symptoms, which vary depending on the severity of the inflammation, can include fever, nausea, vomiting, and unintentional weight loss.

Barker first went to West Hills Hospital and Medical Center Tuesday and was then taken by ambulance to Cedars-Sinai Medical Center in LA for additional care. Photos obtained by TMZ showed Kardashian, 43, walking alongside Barker, who was being carried on a stretcher.

The 16-year-old also reportedly posted a picture of her holding Barker’s hand on TikTok. The now-deleted post read “Please say a prayer.”

Tuesday morning Travis Barker tweeted, “God bless me,” though it’s unclear if the post is related to his medical issues.

Judge and Goldschmidt on pace to be MVPs