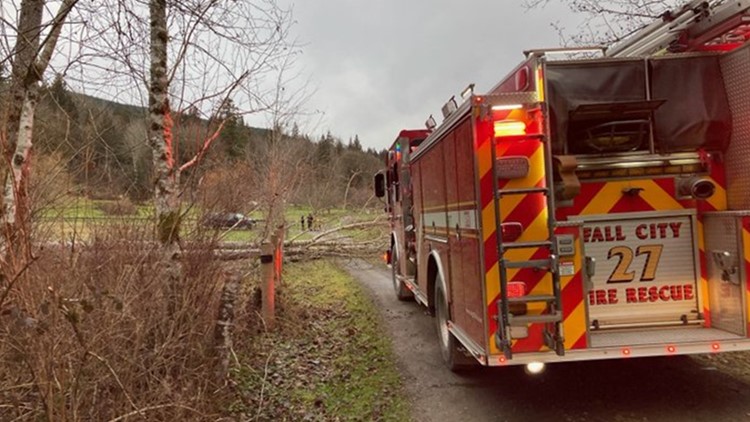 FALL CITY, Wash — A woman was killed in Fall City Monday morning after being crushed by a fallen tree, the Eastside Fire and Rescue Service confirmed.

Just before 9 a.m., first responders were dispatched to a residential area in Fall City and attempted CPR on a woman who had been hit by a tree.

The woman could not be resuscitated after more than 20 minutes of CPR and was declared dead.

Eastside Fire believes high winds have played a role and says it is responding to calls across the area for downed trees and power lines.

Wind Advisory in effect for most of Puget Sound until noon Monday. In the eastern Puget Sound lowlands, sustained winds of 25 to 35 mph with gusts of up to 50 mph were expected.

Rams' Baker Mayfield confident he is a starting quarterback

Marine Le Pen Wants France to Chart Its Own Course Between U.S. and Russia