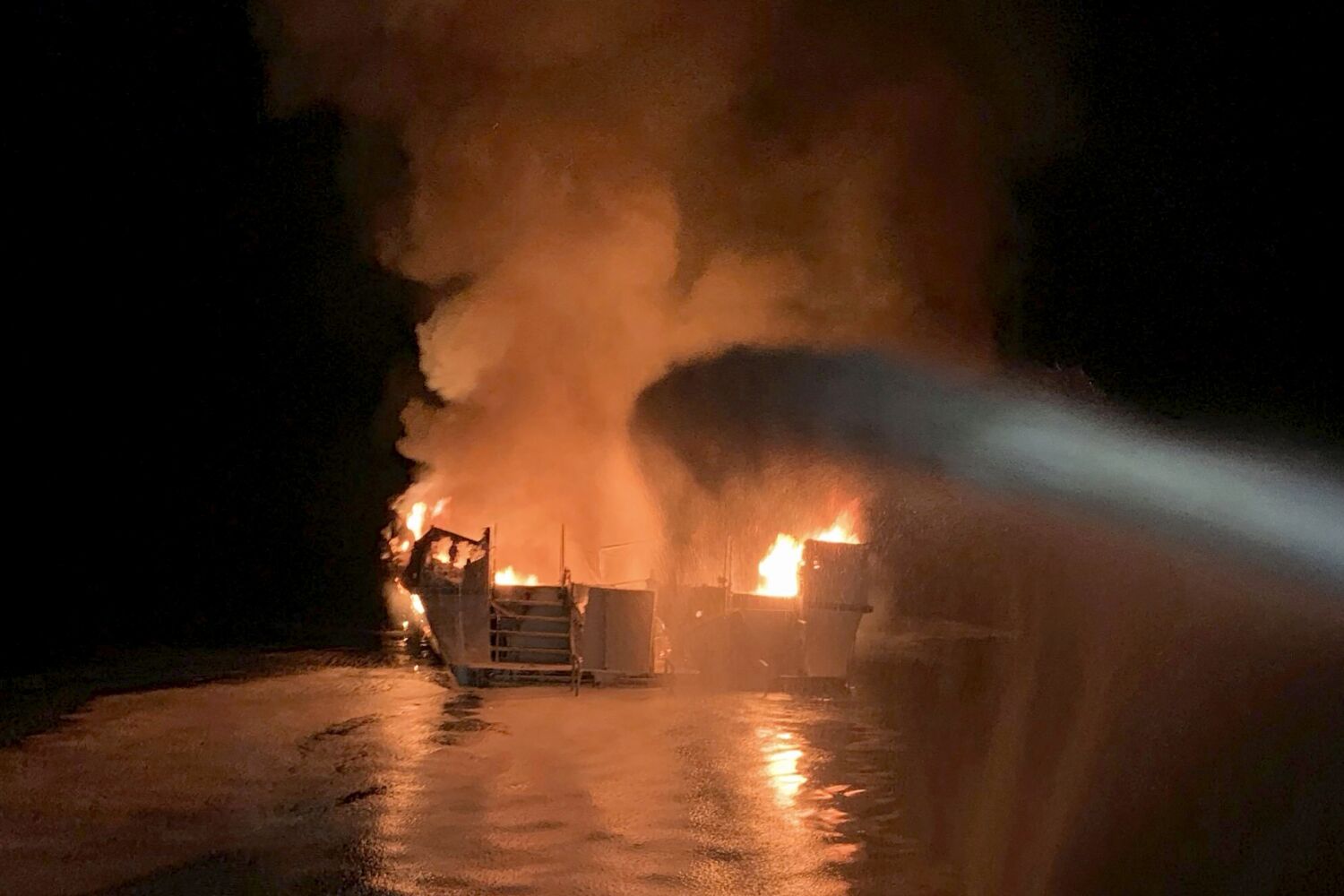 The captain of the Conception submersible, which caught fire more than three years ago and sank off the California coast, killing 34 people, will be tried next month, according to authorities.

Jerry Nehl Boylan, 68, pleaded not guilty Thursday to charges of misconduct or neglect by a ship’s officer, said Thom Mrozek, a spokesman for the US Attorney’s Office for the Central District of California. After the hearing, he was released on bail.

A trial date has been set for December, said Mrozek.

The fire on the Conception on September 2, 2019 killed 33 passengers and one crew member who were trapped below deck. The incident was California’s worst modern maritime disaster.

In October, a new federal indictment reinstated the indictment against Boylan, a month after a federal judge dismissed an earlier indictment because prosecutors had used “negligence” instead of “gross negligence” in their grand jury presentation.

U.S. District Judge George Wu’s decision in September to dismiss the previous charges intact meant federal prosecutors could refile the case but had to show gross negligence, a much higher standard, to convict the captain.

Grossly negligent errors or breaches of duty are considered negligence. In contrast, gross negligence requires a willful and reckless disregard for the safety or life of others, and must be willful and willful.

Although the latter standard is used for common-law manslaughter cases, legal experts said manslaughter of seafarers – as the “ship’s officer’s misconduct” law is often known – requires prosecutors to use only simple negligence or an omission in violation against a standard of show care.

In the new indictment, prosecutors said Boylan was responsible for the safety of the boat and those on board, but did not maintain a night watch or walking patrol, did not conduct adequate fire drills and crew training, and provided crew members with instructions or firefighting instructions after the conflagration began, states said it in the indictment, which also included other allegations of negligent conduct.

According to the indictment, the captain was the first crew member to disembark while the passengers and one crew member were alive and trapped below deck in the boat’s bunk room. After he got off the ship, he ordered crew members to follow him “instead of directing them to fight the fire or engage in other life-saving activities,” according to court documents.

‘All of Philadelphia is winning’: Sports fans riding high after another winning weekend