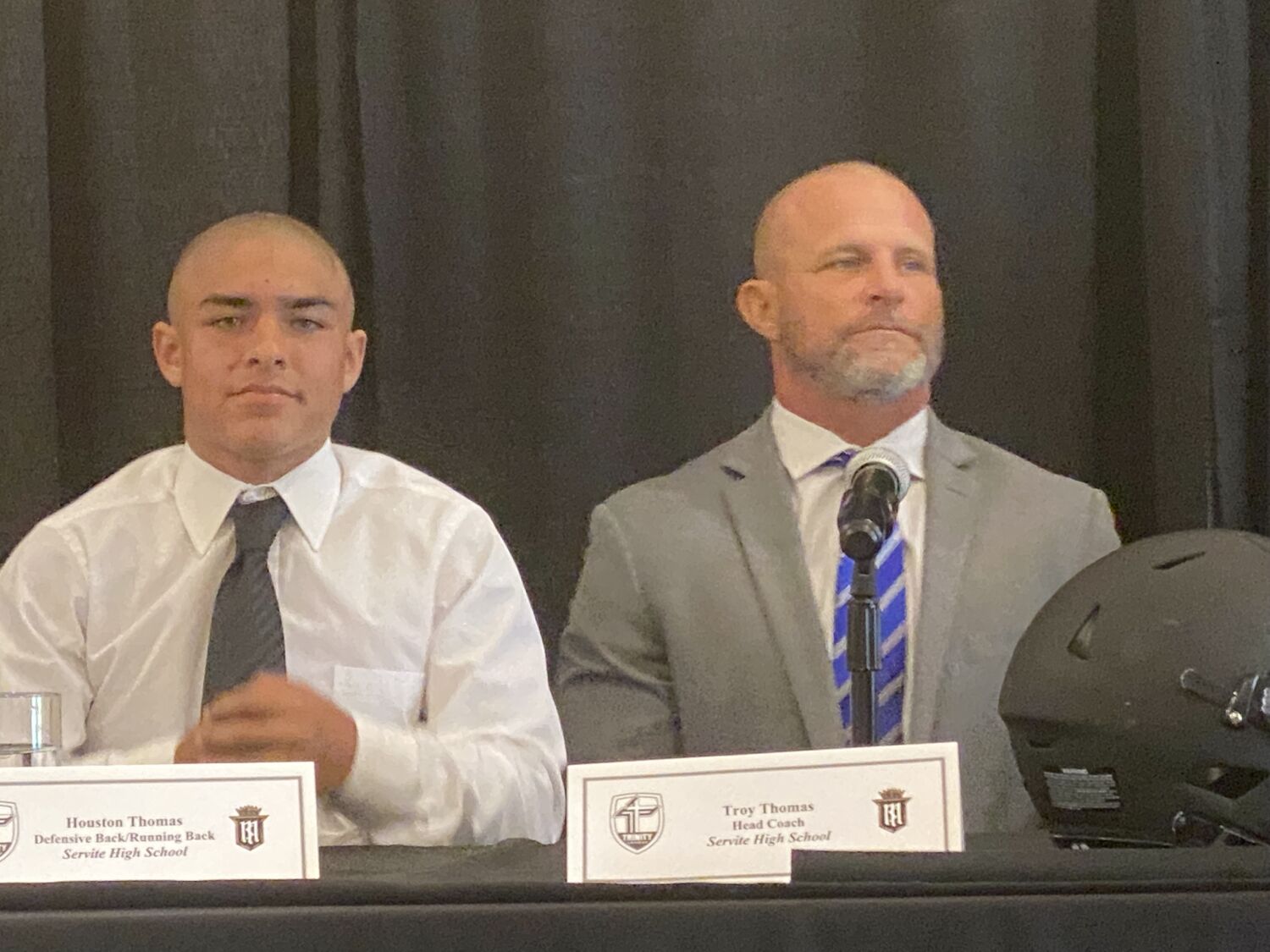 It’s time for musical chairs in the mighty Trinity League, where the number of vacancies for head football coaching has grown to three with Thursday’s announcement that JSerra has parted ways with Scott McKnight. And there’s increasing debate as to whether Santa Margarita might have an opening, too.

“Crazy,” is how an Orange County coach described the current state of affairs.

Santa Ana Mater Dei and Servite previously announced that they are looking for new head coaches. Bruce Rollinson announced he would be stepping down at the end of the Monarchs’ season and Servite announced he had parted ways with Troy Thomas.

These unprecedented changes could have a domino effect, depending on whether schools are hiring internally or externally.

Jobs are not easy in the Trinity League, where administrators are under pressure to produce successful programs and remain competitive with the league’s two top teams, Mater Dei and St. John Bosco.

Schools’ willingness to make changes after a bad season also makes the job less than ideal for someone who trains in a public school who likes stability.

When asked if Trinity League is run like college programs now, one aide said, “Definitely.”

JSerra certainly has an assistant squad that could get attention to take on McKnight, who served as head coach for two years.

Orange Lutheran coach Rod Sherman, hired last year, could be No. 2 in seniority this fall behind only St. John Bosco’s Jason Negro.

It's still all sinking in for L.A. Mayor-elect Karen Bass

Iran Rebuked by U.N. Agency Over Stonewalling of Nuclear Investigation