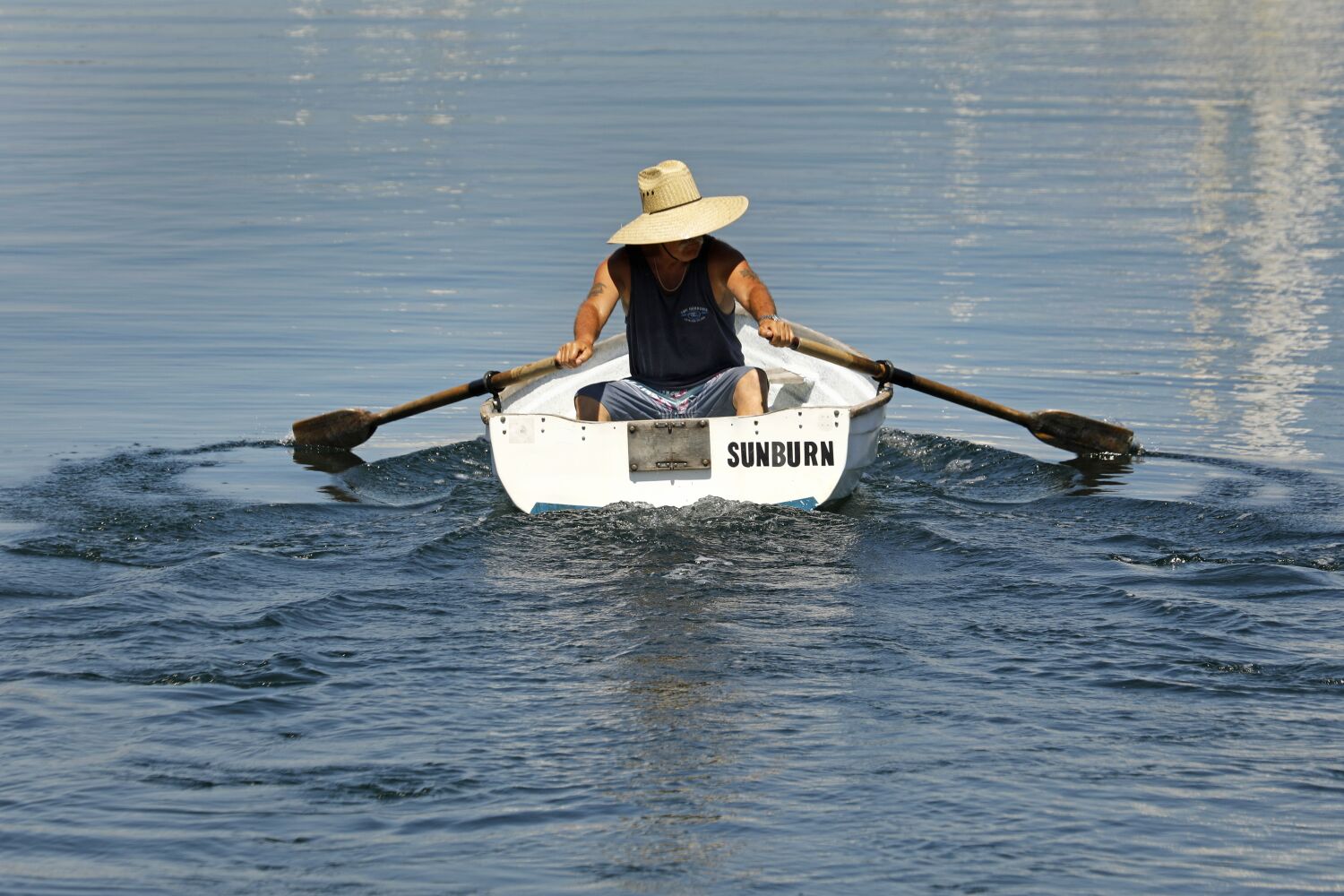 The first few days of fall will be accompanied by rising temperatures as another heatwave makes its way into Southern California.

Thankfully, temperatures this time won’t be quite as extreme as the record-breaking heatwave that hit California in early September, but will be noticeably higher after the recent cool lull.

“We don’t expect it to be as warm or as long” as the previous heat wave, said Mike Wofford, meteorologist at the Oxnard Weather Service. “It won’t be nearly as bad, so that’s a good thing.”

The warmth won’t be limited to Los Angeles, either.

In the San Diego area, the heat is on Peak Monday and Tuesday, meteorologists said. Temperatures in the Inland Empire are expected to top 100 degrees, while inland Orange County and San Diego could reach the mid to high 90s. Palm Springs and Thermal could rise to 108 degrees.

Central California will also see temperatures 6 to 10 degrees above normal for the time of year, with Bakersfield, Hanford, and Fresno all expected to peak around 95 degrees. Temperatures could peak in the Bay Area 95 degrees on Saturday.

Wofford said the heatwave is being driven by a strong high-pressure ridge and a small offshore current.

“So instead of our usual ocean breezes, we’re getting winds coming in from the east, so it sort of shuts down our usual ‘air conditioning effect’ that keeps us cooler,” he said of the Los Angeles area. “When these factors converge, we tend to warm up.”

The weather service said the heat wave will increase the risk of heat illness. Residents are advised to stay hydrated and seek shade as much as possible and never leave children or pets unattended in vehicles.

The Weather Service is also reminding people to check on the sick, the elderly or those without air conditioning, as they tend to be the most vulnerable during heat events. A Times study last year found that heat deaths in California are chronically undercounted, even though extreme heat is one of the deadliest consequences of climate change.

Earlier this month, Gov. Gavin Newsom signed legislation into law requiring the California Environmental Protection Agency to develop an extreme heat ranking system by 2025, the first such ranking system in the United States. As with hurricanes, the system will rank the severity and health hazards of heat waves to help local governments take action.

But while some won’t welcome another round of warmth after the latest heatwave, Wofford noted the conditions aren’t all that unusual for the time of year. In fact, he said, late September 2010 saw the highest temperature ever recorded in downtown Los Angeles, 113 degrees.

“It would be unusual not to have heat waves at this time of year,” he said.

Whether it’s the last heat for 2022 isn’t likely either, he said.

“We’re just getting into the Santa Ana season, so we usually have pretty hot temperatures with them as well,” he said. “We’re really not over the hill yet. Honestly, we’re really never out of the woods because we can get heat waves at any time of the year. But in September, October we are still right in the middle of it.”