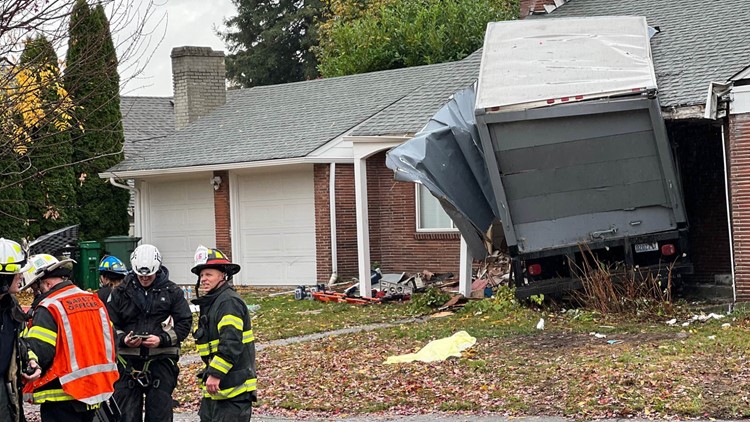 The SPD said it was investigating how the crash happened, but Seattle Fire said a male passenger in the truck was able to climb out on his own. The adult male driver was freed by firefighters but was not seriously injured according to the SFD.

Those present at the scene believe the house is unstable at this time, and the Department of Construction will be responsible for inspecting the building.

The driver was transported to Harborview Medical Center, but the passenger did not require additional medical attention, according to an SFD spokesperson.

All eastbound lanes of North 85th Street are currently blocked off as police and firefighters continue their work at the scene.

The SPD also advised motorists to slow down on the road, as winter conditions overnight made many roads slippery around western Washington.