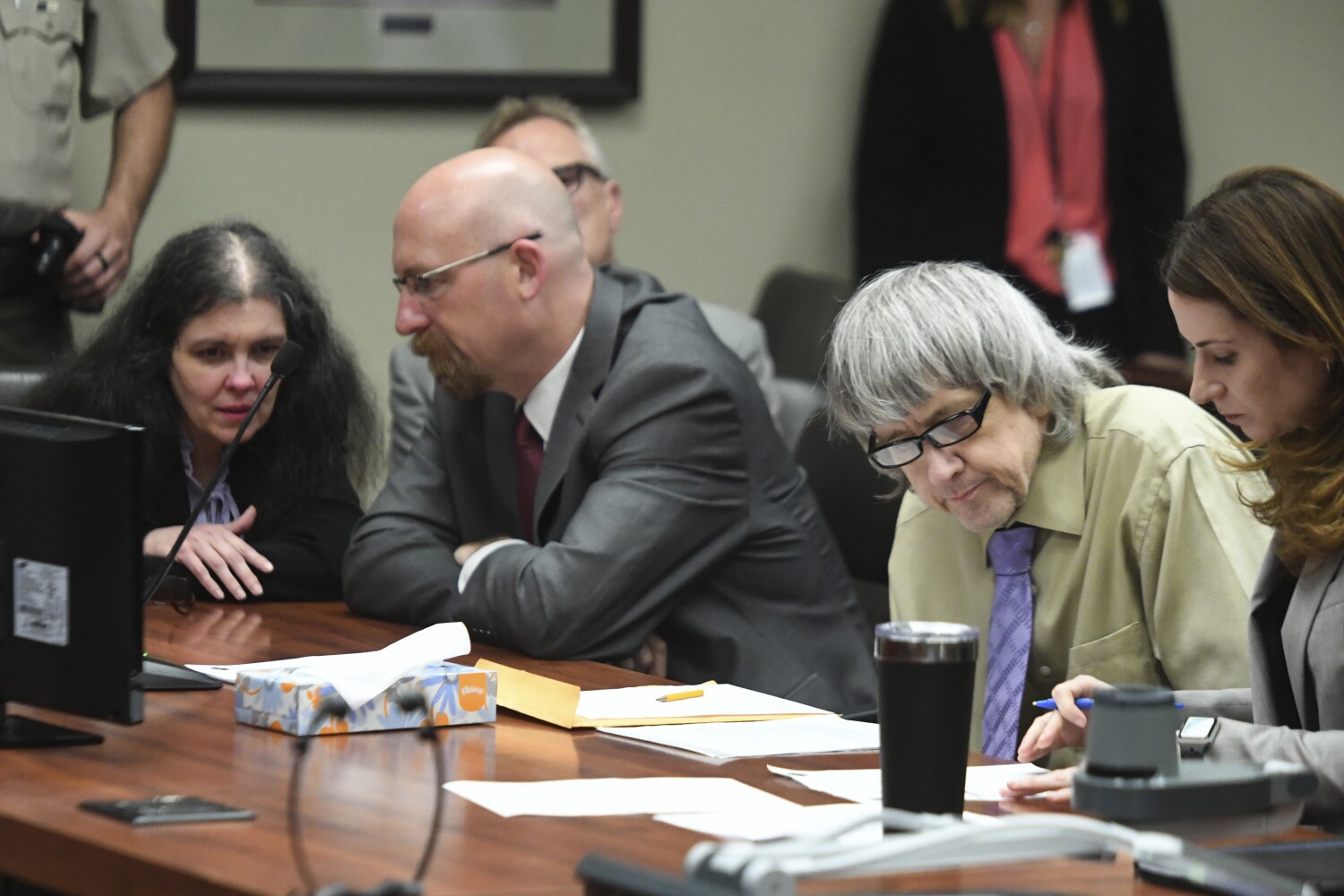 Thirteen children rescued from captivity in their parents’ home in 2018 after decades of abuse were left “frustrated, unheard, smothered” and “failed” by Riverside County’s social services system, according to a report released Friday.

Some of the younger Turpin children – who ranged in age from 2 to 29 at the time – were placed in the care of foster parents who were later charged with child molestation, according to the report, which was released by outside investigators hired by the county. The older children “experienced periods of housing instability and food insecurity in the transition to independence.”

Many of the children also struggled with confusing court processes and did not have immediate access to funds earmarked for their use, according to the eight-month investigation conducted by Larson LLP, a law firm headed by former US District Judge Stephen Larson .

David and Louise Turpin were sentenced to 25 years of life imprisonment in 2019 for torturing, abusing and imprisoning their children. When the children were found at their Perris home, they were severely malnourished and some were showing signs of cognitive impairment and nerve damage.

The children were beaten, starved and at times chained to their beds, prosecutors said.

“The lives of the siblings have been permanently transformed in their ability to learn, grow and thrive,” Riverside County Superior Court Judge Bernard J. Schwartz said before sentencing the Turpins.

Friday’s report confirmed that “with respect to the Turpin siblings … they have often received the care they required from the county over the past four years,” but ultimately “that has not always been the case, and all too often.” the social services system has failed them.”

Riverside County retained Larson LLP in October 2021 to evaluate its care for the Turpin children and provide an overview of the county system. The company assembled a team of professors and researchers from UC Berkeley, UCLA and Virginia Tech to conduct a comprehensive review of more than 30,000 pages of county documents. They interviewed and questioned hundreds of employees, stakeholders, family members and employees, among others.

The report also recommended policy changes to reform the county’s welfare system, including increasing staff and pay for the Department of Children’s Services and the Office of the Public Guardian to ensure parity with surrounding counties. It called for the setting of caseload limits for field workers and for a nationwide effort to expand the availability of quality and safe care places for children with special needs.

The report also noted that the county is working on a state Senate bill sponsored by Senator Rosilicie
Ochoa Bogh (R-Yucaipa), which would enable information sharing between departments that provide holistic care.

An ad hoc committee of the Riverside County Board of Supervisors will oversee implementation of the report’s recommendations, officials said.

“As public officials, it is our duty to ensure that our most vulnerable communities receive the care and protection they deserve,” Supervisor Karen Spiegel, co-chair of the committee, said in a statement. “I am committed to ensuring we have the tools, resources and staff to deliver that care. This is the time for action and I will support all efforts to meet the challenge.”

The children’s plight first came to light in 2018 when Jordan Turpin, then 17, fled her parents’ home in Perris and called 911 to report the abuse she and her siblings had endured. The siblings were then rescued from their home by police.

Authorities discovered that the children had been tortured and abused by their parents, who denied them food, sleep, hygiene and medical care.

“The heartbreaking Turpin cases presented OPG with a unique challenge. The Turpin siblings had experienced severe and prolonged abuse and neglect at the hands of their parents. Her public profile was high and her need for privacy was great,” the report reads.

While much of the report was redacted for privacy reasons, it listed several areas of concern during the Turpin Conservatory, including heated conflicts between the appointed advocate for the children that caused stress for the siblings, as well as a lack of communication that resulted in abusive handling their funds.

However, the report found that all $400,000 was booked in the Special Needs Trusts for the Turpin children and that there was no evidence of embezzlement or theft.

“In short, while there are many examples of dedicated Riverside County employees succeeding despite the systemic obstacles in their path, there are too many other examples of them falling short or even failing outright,” the statement reads Report.

'The Flash's Candice Patton says the CW did not protect her

‘The Young and the Restless’ Spoilers: Devon Hamilton (Bryton James) Should Settle Down, Will Nate Hasting (Sean Dominic) Stand His Ground?