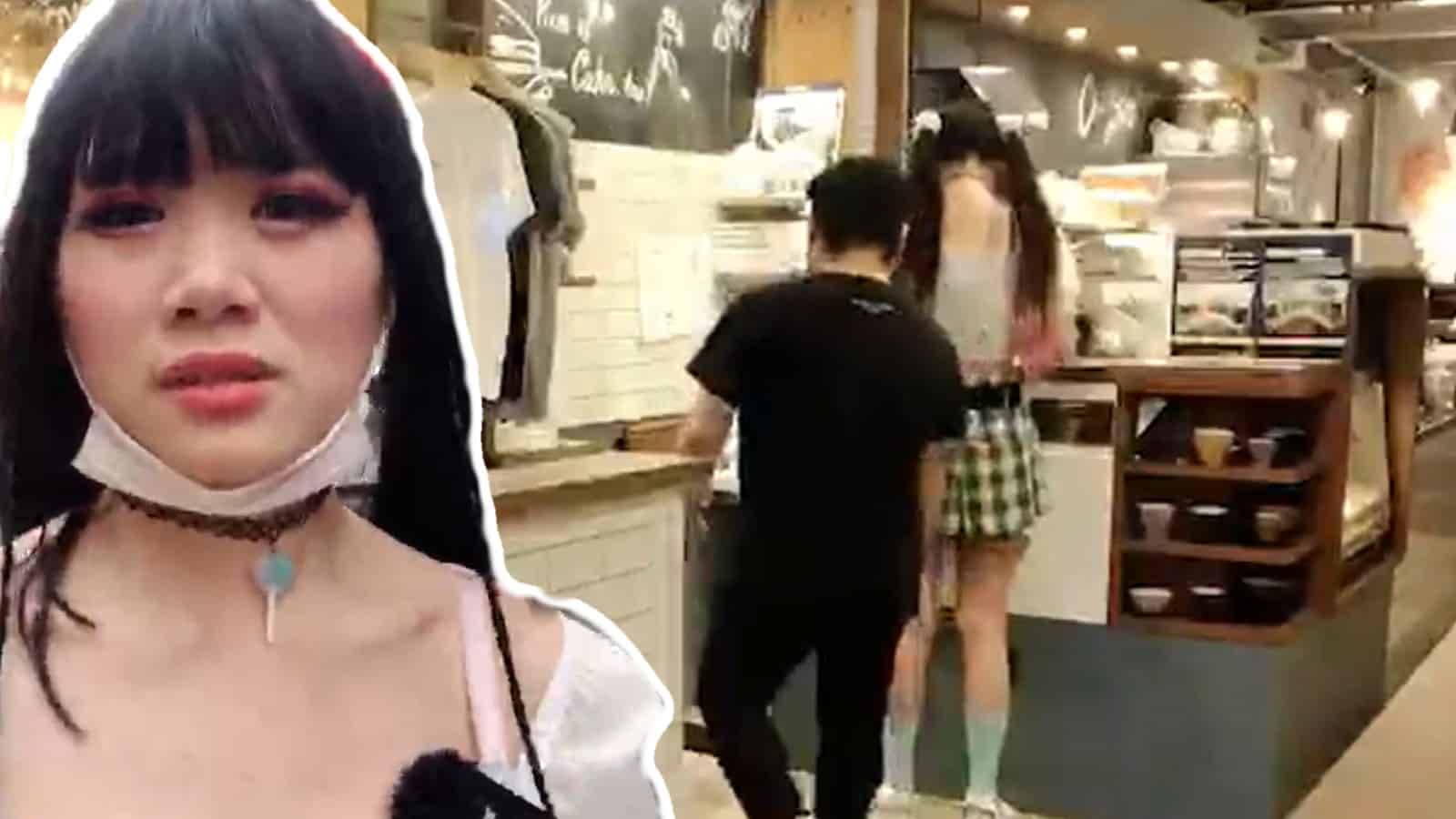 Twitch viewers were horrified after a clip surfaced that appeared to show a stranger “upskirting” an IRL streamer while ordering a drink.

IRL streamers have inadvertently captured some horrifying moments and occasional crimes during their broadcasts.

Various disturbing moments have even revealed the streamers themselves becoming victims of a crime, live in front of their fans. One of these was a streamer whose phone was stolen during her IRL stream, as well as a creator who passed out after being strangled on the streets of Amsterdam.

Another moment was seemingly captured during the broadcast by Twitch streamer Canniny. She and her friend 4amLaundry were left horrified after their conversation claimed a stranger was allegedly caught pulling her up her skirt at the cafe they were live-streaming from.

Canniny was visiting a coffee shop with fellow IRL streamer 4amLaundry when she wanted to order a drink. When 4amLaundry spoke to the camera alone, viewers claimed that the store’s barista took a picture of Canniny’s skirt, seemingly unbeknownst to her.

Neither of them were initially aware of the problem until it was brought to their attention through their chat when the stranger appeared to be caught in the act on the live stream.

The duo then confronted the barista about it. However, when he showed them his phone, no such pictures were found. However, they claimed that he has a lot of “adult content” in his image gallery.

Viewers were outraged by the clip after it surfaced on Reddit. Many also claimed they could see the stranger on his phone before the confrontation and “most likely delete the photos”.

4amLaundry later replied: “It was kind of dodgy the way he rushed over and showed it straight away tbh […] Without hard evidence, there really wasn’t much we could have done at the time other than leave.” He also stated that the “alleged photographer was the manager” of the cafe.

This certainly isn’t the first time an IRL streamer has appeared to have been attacked during their trip. Unfortunately, it’s even gotten to the point where big-name developers like Disguised Toast have had to hire security guards during their IRL live streams.