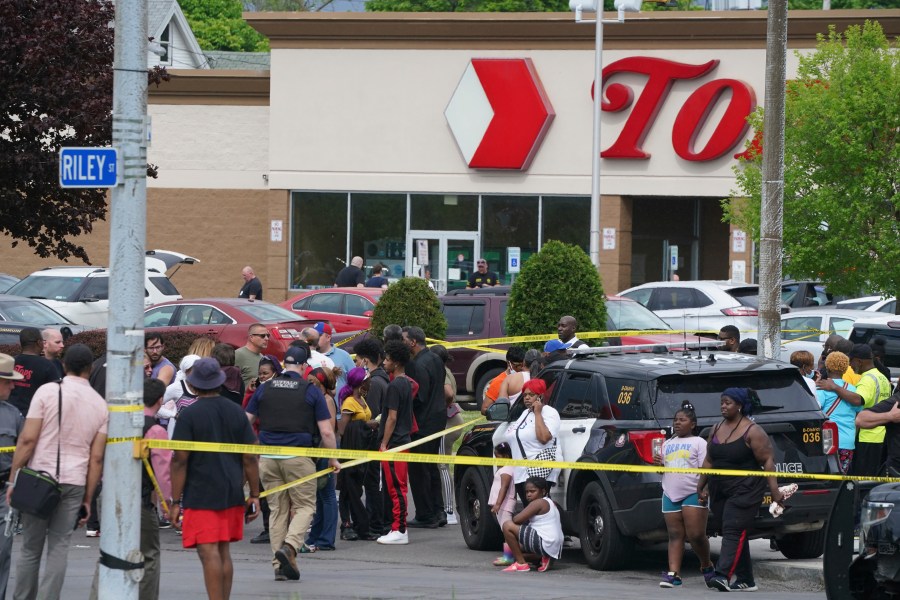 BUFFALO, NY (WIVB) – The gunman who killed 10 people Saturday in a mass shooting at the Jefferson Avenue Tops Markets location was broadcast live on the internet, authorities said at a news conference.

Streaming service Twitch confirmed the shooter used the service to broadcast the incident.

Twitch sent the following to News 4:

We are heartbroken to hear of the shooting that took place this afternoon in Buffalo, New York. Our hearts go out to the community affected by this tragedy. Twitch has a zero tolerance policy towards any form of violence and works quickly to respond to any incidents. Users have been suspended indefinitely from our service and we are taking all appropriate action, including monitoring any accounts that replay this content.”

Governor Hochul condemned the live-streaming of the incident and asked social media platforms to be vigilant when monitoring content.

A Twitch spokesperson said the teams are “strongly monitoring” to ensure live broadcasts or related content are not being replayed, and that the service is cooperating with law enforcement.

The spokesperson also said Twitch was not aware of any VOD or video-on-demand that allowed users to access the broadcast, and said the stream was removed less than two minutes after the violence began.

The latest news on the mass buffalo shooting