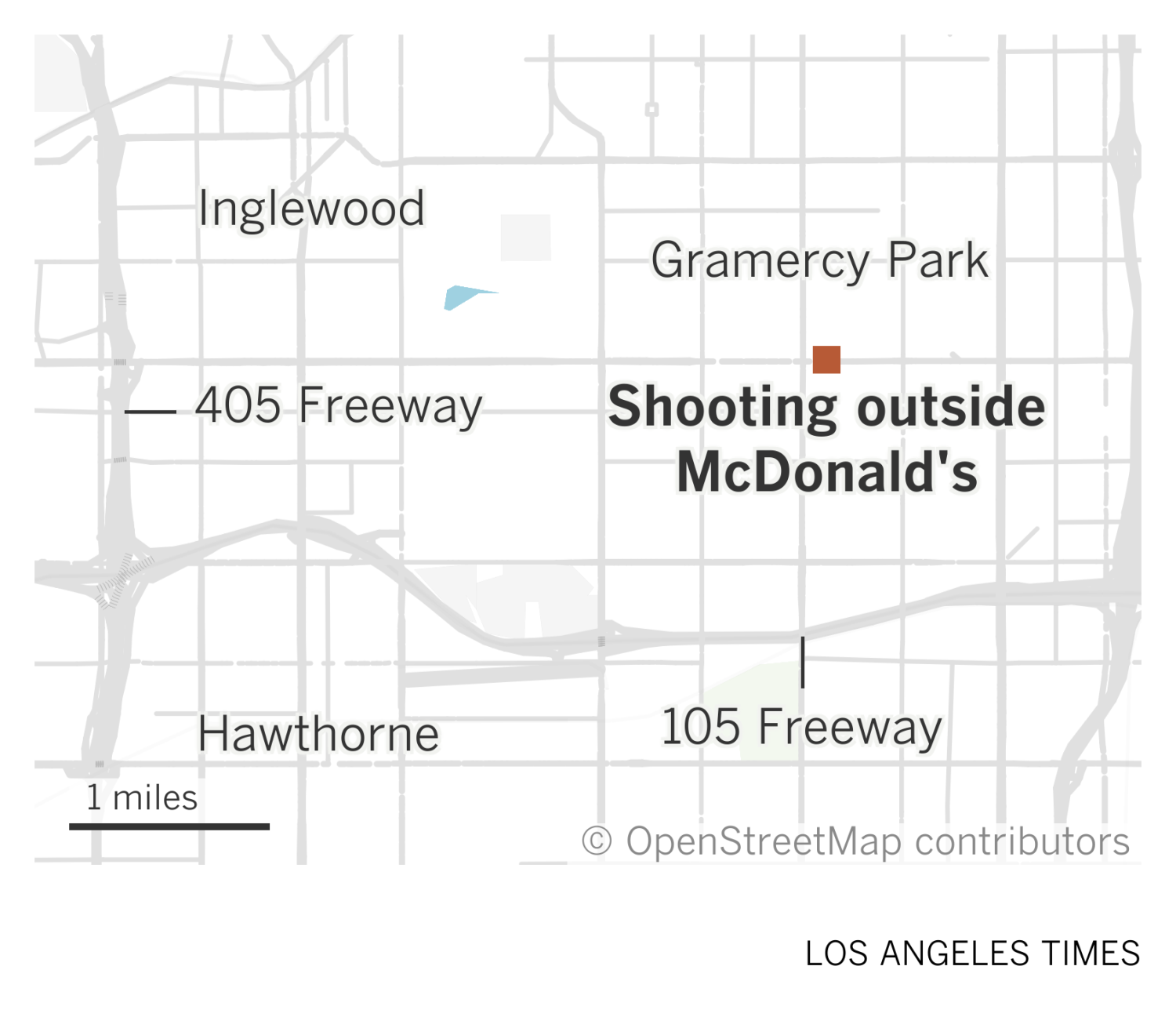 Two people have been charged with murder in connection with the killing of a homeless man who was sitting in his wheelchair outside a McDonald’s in south Los Angeles earlier this year, prosecutors said.

Gerold Lipeles, 69, was shot in the head on West Century Boulevard May 17, police said. He was sleeping outside the fast food restaurant when a woman approached him and shot him. According to the Los Angeles County coroner, Lipeles died of his injuries five days later at a hospital.

A third suspect, 37-year-old Rubi Anguiano-Salazar, was already in the custody of the Los Angeles County Sheriff’s Department on unrelated charges. All three are from Los Angeles and have been charged with murder.

The case was brought before the LA County Attorney’s Office on Thursday, who said they were filing charges against Anguiano-Salazar and Hernandez but made no mention of Canche.

6:50 p.m. September 1, 2022An earlier version of this story referred to Rubi Anguiano-Salazar as “he” and said a Los Angeles man was arrested in connection with two shootings. Anguiano Salazar is a woman. Also, Gerold Lipeles’ first name was misspelled as Gerald.

Authorities believe Anguiano-Salazar also shot dead a 67-year-old homeless woman outside the Encore Motel on West Manchester Avenue on May 21. She approached Stella Polly and started talking to her, then shot Polly in the back as she walked away, police said.

Business owners nearby saw Polly lying on the street and called 911, police said.

Anguiano-Salazar was charged on suspicion of attempted murder.

Both cases were presented to the Los Angeles County Attorney’s Office on Thursday.

Anguiano-Salazar was charged with murder, attempted murder and two counts of possession of a firearm by a criminal, including specific allegations of use of a firearm, causing grievous bodily harm and use of a firearm during a period of offense.

Hernandez was charged with murder.

https://www.latimes.com/california/story/2022-09-01/three-suspects-arrested-in-connection-to-killing-of-wheelchair-bound-man Two charged with murder in killing of man in wheelchair outside McDonald’s