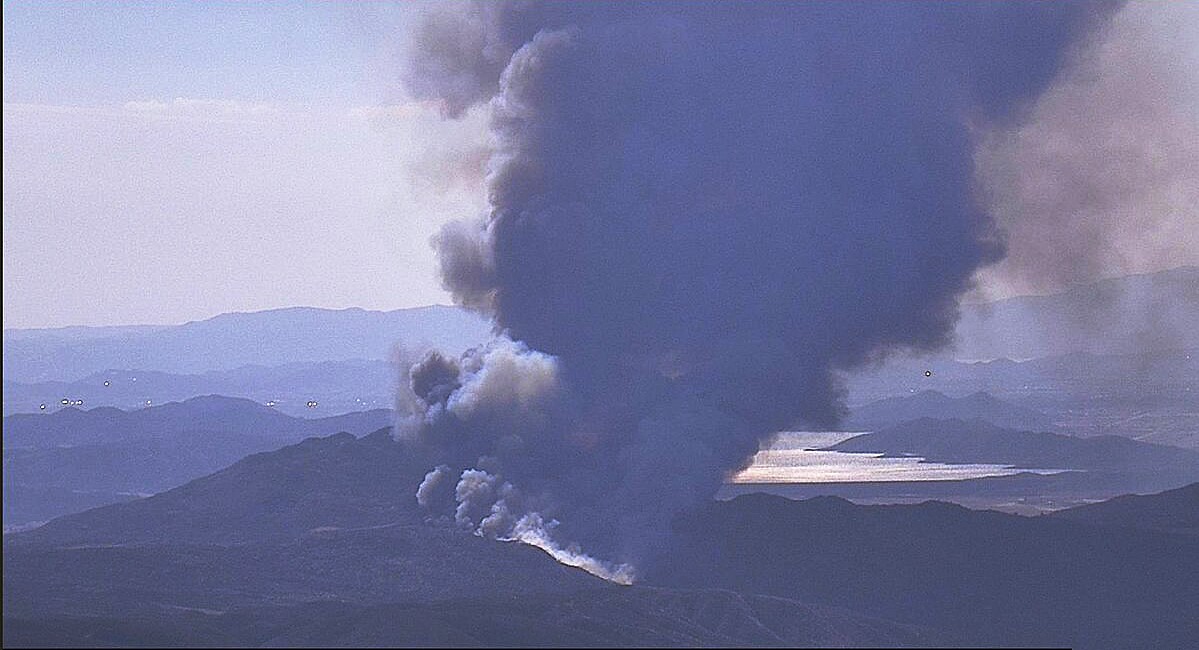 Two people were killed and one person was injured Monday in a fast-spreading fire near Hemet that fire officials said burned down at least seven buildings, while another fast-moving fire burned in the San Bernardino Mountains near Big Bear Lake also issued evacuation orders.

The Fairview Fire east of Hemet ignited around 3 p.m. and quickly exploded to more than 700 acres, according to the Riverside County Fire Department. The fire department did not provide any further information about the dead. A third person was taken to hospital with burns. Officials said no firefighter was injured.

“This fire … spread very quickly before the fire department even got there,” a spokesman for the Riverside County Fire Department and the state Department of Forestry and Fire Protection said in a live Twitter stream. Hemet peaked at 110 degrees on Monday as searing heat engulfed the state.

At sunset Monday, flames raged through the hills above homes as columns of smoke rose skyward and hit the Orange County coast. The fire consumed cars and blackened trees. TV news showed aerial footage of buildings bursting into flames.

Some of the homes in the area could be reached on dirt roads, firefighters said. Residents on Twitter noted that many in the area keep horses, making evacuation difficult.

Around the same time and about 75 miles north, the Radford Fire ignited west of Sugarloaf near Big Bear Lake. By 7:15 p.m., the fire had grown to 200 acres without containment.

The cause of the fire was still under investigation. The fire risk for Big Bear Valley is “very high”.

“I’m in Perris and can see both fires standing on my street corner,” one person tweeted monday night “I see the Radford on the left and the Fairview on the right.”

Meanwhile, fires continued to threaten parts of northern California. In addition to the blazes in Siskiyou County, which consumed a neighborhood in the town of Weed and left two dead, firefighters were battling a bushfire Monday night near Rodeo in Contra Costa County.