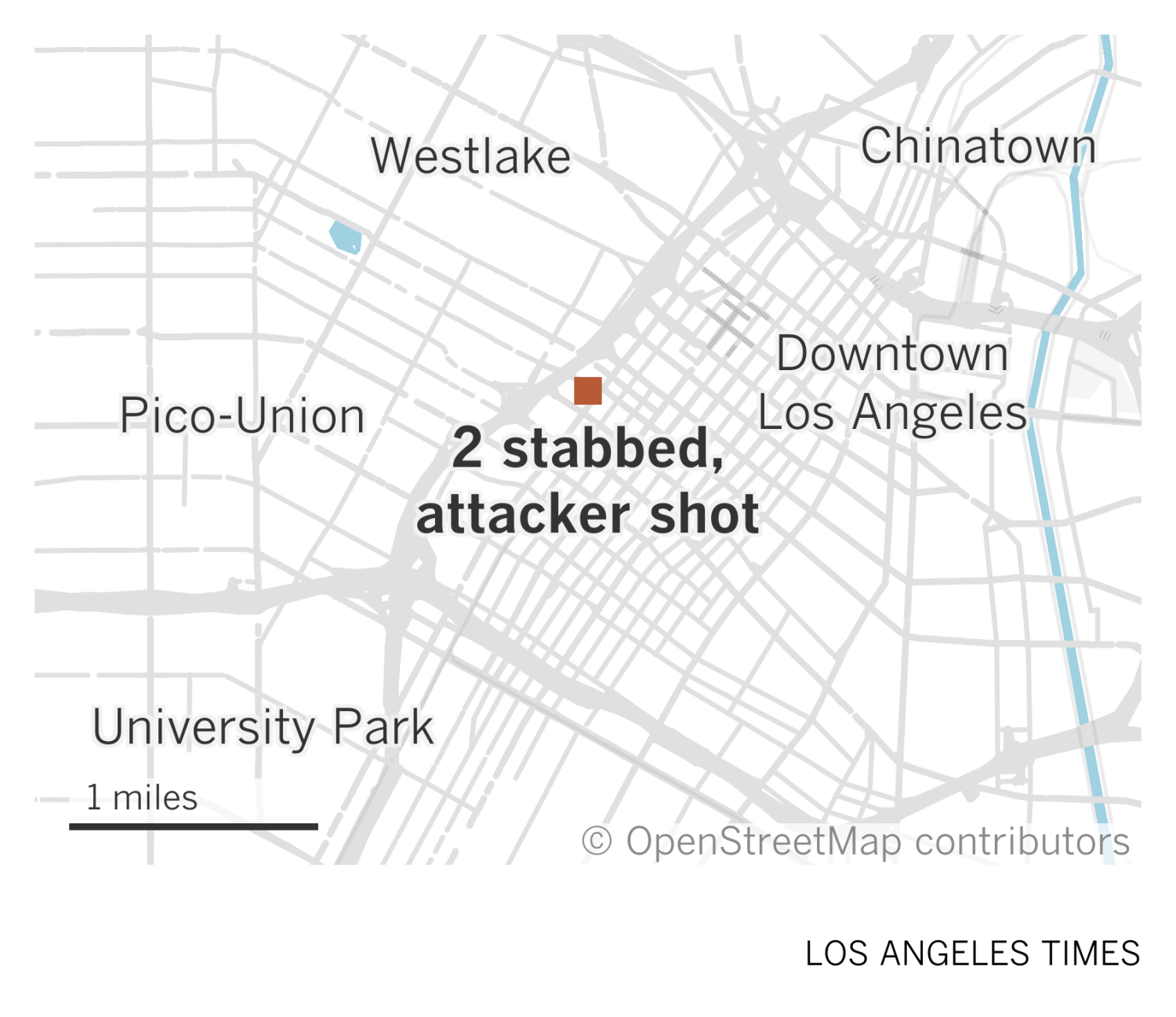 A security guard fatally shot a man suspected of stabbing a 9-year-old boy and a 25-year-old woman at a Target store in downtown Los Angeles on Tuesday night, police said.

The incident was reported just after 6:20 p.m. at the Target location at 7th Street and Figueroa Street in the FIGat7th Mall.

The boy was at the store with his mother, who was not present at the time of the attack, Chief Michel Moore said Recordings of a press conference broadcast by KCBS-TV Channel 2.

The attacker, identified by Moore as a 40-year-old man, confronted the boy and told him he would stab and kill him, the chief said. The child tried to escape but was stabbed in the back and lacerated his right shoulder.

Bystanders tried to get to the boy’s aid, and the attacker walked down a hallway where he encountered a group of women and stabbed a 25-year-old woman in the chest, Moore said.

Others dragged the woman into a pharmacy and the attacker moved to the front of the store where he was confronted by an armed security guard, the boss said. The security guard opened fire at least once, hitting the knife-wielding man in the stomach.

Los Angeles Police Department are investigating the crime scene and are asking anyone with information to call Central Area Station.

“There is no active threat to the general public at this time,” the LAPD Central Division said tweeted at 7:35 p.m

2023 Grammy nomination for Gustavo Dudamel and the L.A. Phil