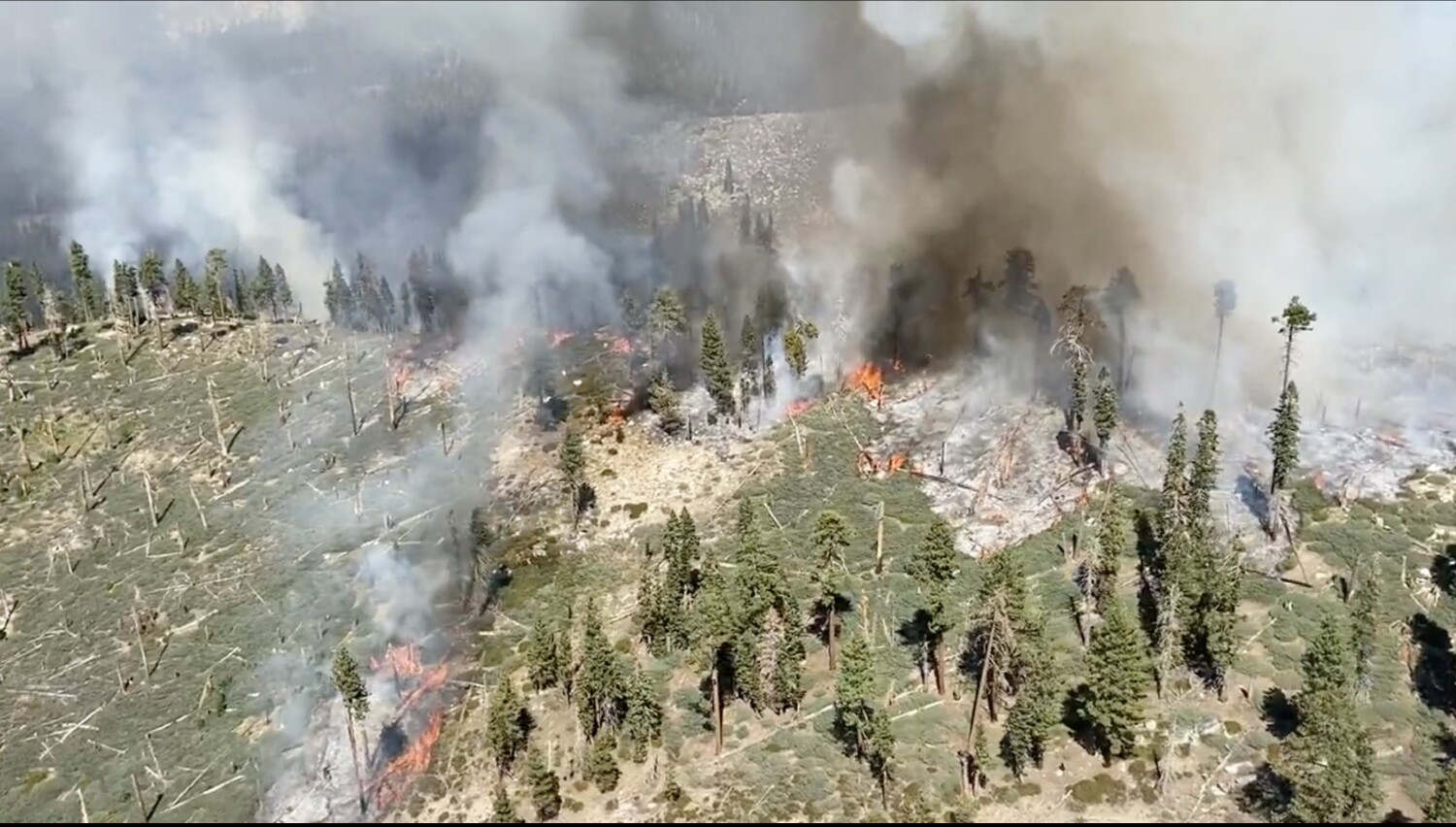 The Red Fire and Rodgers Fire, both caused by lightning strikes, have been burning since early August and do not threaten critical infrastructure or homes, according to the National Wildfire Coordinating Group.

The red fire, which charred 3,558 acres Thursday, resulted in numerous closures of trails and areas in the park, authorities said.

As of Sunday, the Red Fire had burned just 1,834 acres, meaning it has nearly doubled in the last four days.

The Rodgers Fire burned 1,644 acres in a more northerly region of the park.

Both fires are 10% contained, according to authorities.

The fires have largely rendered air quality in the park unhealthy, according to park data.

An aerial photo of the Red Fire shows the charred remains of trees on a green hilltop as the fire burns a trail along Illilouette Creek with plumes of smoke rising overhead.

Although both fires have steadily increased in area, they remain “within fire management plan goals and continue forest restoration,” according to Yosemite Fire and Aviation Management.

The agency managed to find a bright spot in the flames.

“They are clearing the forest of heavy fuel loads caused by decades of firefighting, prolonged drought and climate change — reducing the risk of catastrophic fires,” the department said in a tweet.

CBS ‘The Young and the Restless’ Spoilers: Nikki and Michael Share a Different Opinion; Lily is Suspicious of Imani; Diane Proves Herself to Kyle