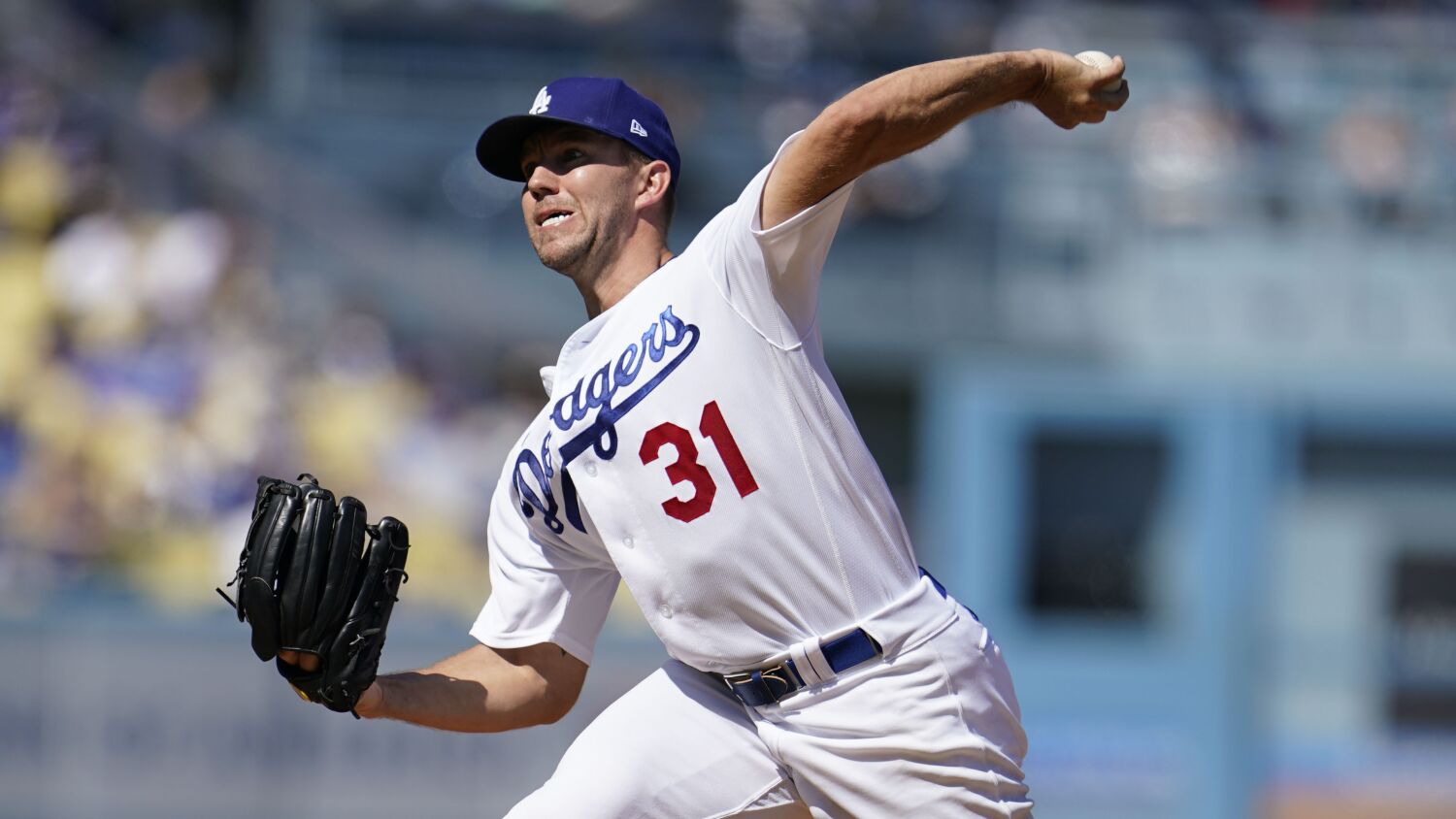 Tyler Anderson addressed the media in the interview room at Dodger Stadium Wednesday night before Game 2 of the National League Division Series. At this time of year, that’s usually a strong indication that the Dodgers left-hander will field the next game in the series.

But all manager Dave Roberts would commit to was that Anderson, who went 15-5 with a 2.57 ERA this season, in Game 3 or 4 against the San Diego Padres at Petco Park on Friday or Saturday night would start. Right-hander Tony Gonsolin is expected to start the game, which Anderson doesn’t.

“I think we’re thinking about it and we want to keep it open-ended,” Roberts said. “We caught up with Tyler and we’re checking his pulse to see if he’s ready to start one of those games. We’ll see how [Game 2] goes and decides if it’s going to be Tyler in game 3 or 4.”

Anderson, who signed a one-year, $8 million contract last winter, has only played in two postseason games, his only start coming for Colorado against Milwaukee in the 2018 NLDS.

If the 32-year-old journeyman was afraid of not knowing when he would next serve, he hid it well.

Anderson has done well against the Padres this season, going 2-0 in four starts with a 1.88 ERA, giving up five earned runs and 15 hits, hitting out 16 and walking six in 24 innings, but that doesn’t have to be necessarily work in Anderson’s favor. The San Diego hitters should be as familiar with Anderson as the pitcher is with them.

“Yeah, I think there’s definitely something to it,” Anderson said of the chess match between pitchers and hitters. “Sometimes their approach changes the more they see you and vice versa. You’re just trying to get ahead of what their approach might be and what the guys are trying to do and kinda figure that out.

“Luckily we have incredible catchers with both of them [Austin] Barnes and [Will] blacksmith]. Both guys are so good at feeling that too. It’s just a kind of game planning in general.”