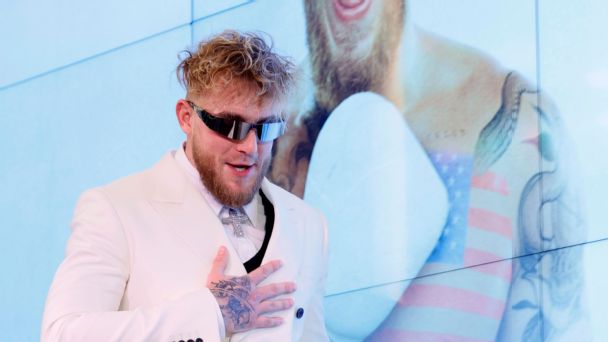 The stakes for this summer’s boxing match between Jake Paul and Tommy Fury have been raised.

Paul and Tyson Fury, Tommy’s older half-brother and heavyweight boxing champion, have agreed on a $1 million bet for the August 6 fight, which will be held at New York’s Madison Square Garden. The bet was brokered via videos on social media over the weekend.

Originally, Tyson said in an interview that he was so confident in his brother that he would bet $100,000 on him. Paul, the YouTube star-turned-prizesfighter, responded in a video that he would take the bet, but taunted Tyson for risking so little considering Tyson’s few years with fight exchanges made tens of millions.

Tyson fired back on social media and said he would up the ante to $1 million. But he added that he’s not sure Paul actually has that much money. Tyson said he wanted the money to be placed in escrow and then given to the winner after the fight.

In response, Paul said he would contact his attorney and place the money in escrow “immediately.” He again poked fun at the amount Tyson was about to bet, implying the older brother might not have as much faith in Tommy as he claims.

“The world heavyweight champion, a million dollars is all you want to bet?” said Paul. “You want to take some small change with you, no problem.”

Paul then asks what he should spend the money on if he wins the fight. Paul mentioned a Ferrari SF90 Stradale, a Ferrari 296 GTB or a Richard Mille McLaren watch.

“But I’ll take your money and spend it on some good stuff,” Paul said.

Paul, 25, is 5-0 as a professional boxer and came off a one-punch knockout against former UFC welterweight champion Tyron Woodley last December. Tommy Fury, 23, is 8-0 as a professional and beat Daniel Bocianski on points in April. Tommy Fury rose to fame in the UK after appearing on reality show Love Island.

Was there a way for Mercedes to win the F1 Dutch Grand Prix?