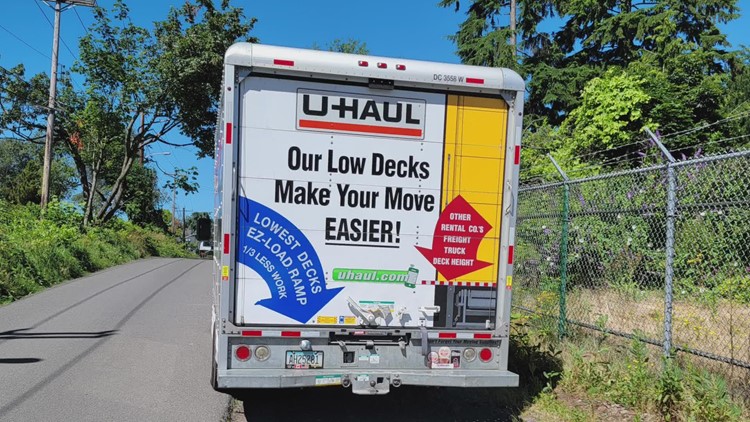 SEATTLE — Police are searching for whoever stole a U-Haul filled with more than $20,000 worth of merchandise from a vintage Seattle pop-up store.

“The first thing I started doing was just crying, I cried for hours throughout the day,” said Malalay Sherzada, the owner of Salama Vintage.

It was an emotional 24 hours for Sherzada.

“Not only was it heartbreaking, it felt like an assault,” she said.

The theft came after she returned from a classic car show on Sunday and parked a U-Haul in front of her Magnolia home with much of her merchandise inside. It was gone by the next morning, but just a few hours later the U-Haul was found in Mount Pleasant Cemetery in Queen Anne.

“A Good Samaritan called it and it was the second U-Haul someone had left in the cemetery in two weeks,” Sherzada said.

She said the lock was ripped off the U-Haul and when she opened it, her merchandise was thrown about, losing 90 percent of her more than $20,000 worth of vintage merchandise.

“It’s like making a living, I’m a small business owner, I’m not out here making a six-figure salary, I’m a person who does all this work,” Sherzada said.

She immediately posted about the crime on Instagram, and within hours, another vintage shop in Seattle contacted her with a break in the case after someone entered her store.

“She noticed this pattern and knew right away that this was one of my pieces and that these were the people who stole my stuff,” Sherzada said.

They called the police and were able to arrest one of the suspects. Police said this is still an ongoing investigation and did not say if this case is linked to the other abandoned U-Haul at Mount Pleasant Cemetery.

“Between my bouts of crying and feeling devastated, it just feels so good to have community,” Sherzada said.